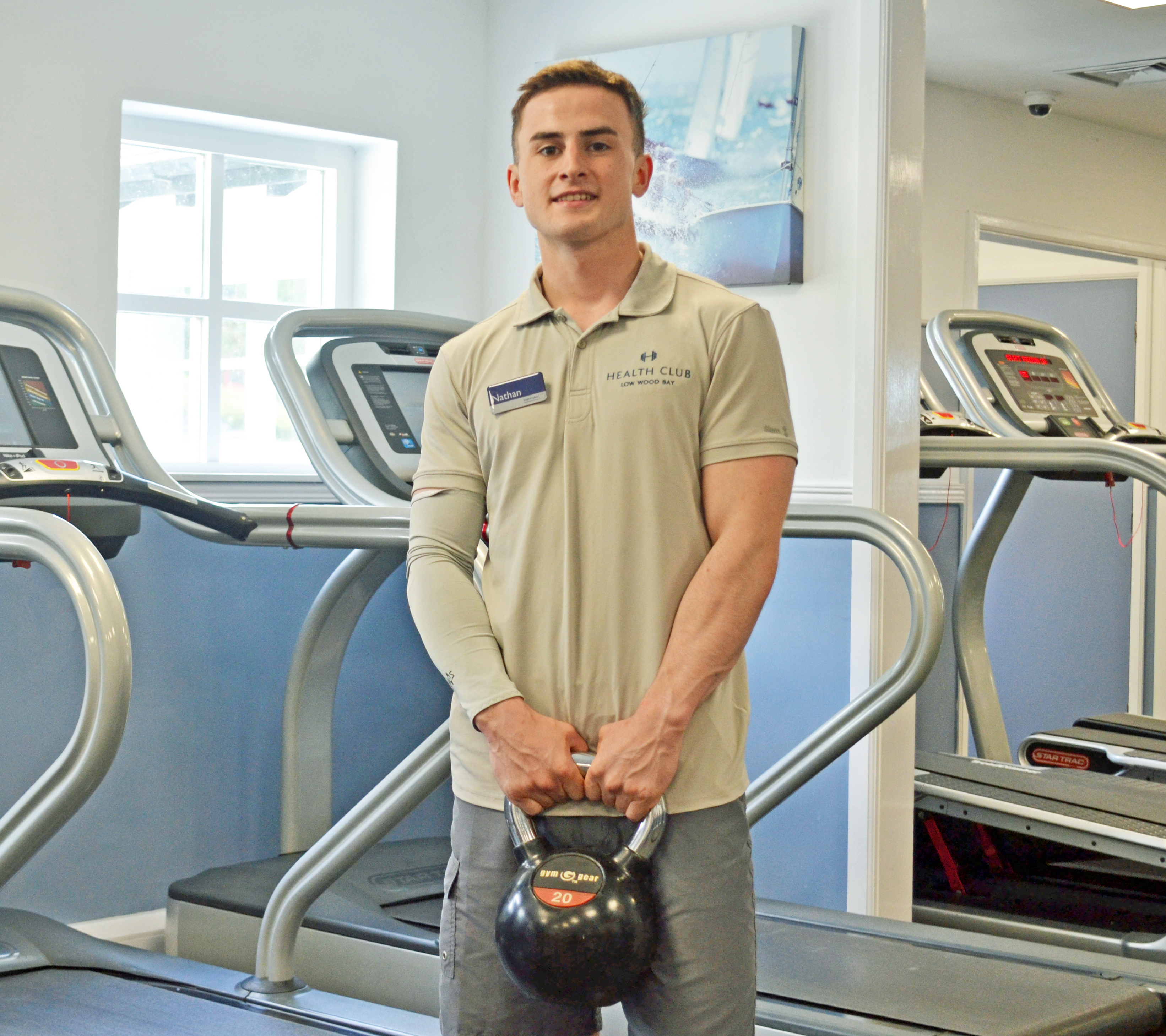 Living up North – What’s a bit of Rain?

This was a wet day even by Lake District standards. Water logged fields and a night of seemingly endless heavy rain meant rivers were bursting, lakes were rising and moods were low. However, on the front lawn of the Low Wood Bay people were busy. Gazebos were erected, registration forms were signed off and cold hands were bailing out boats. Today was the day of the Dragon Bay boat race 2017. 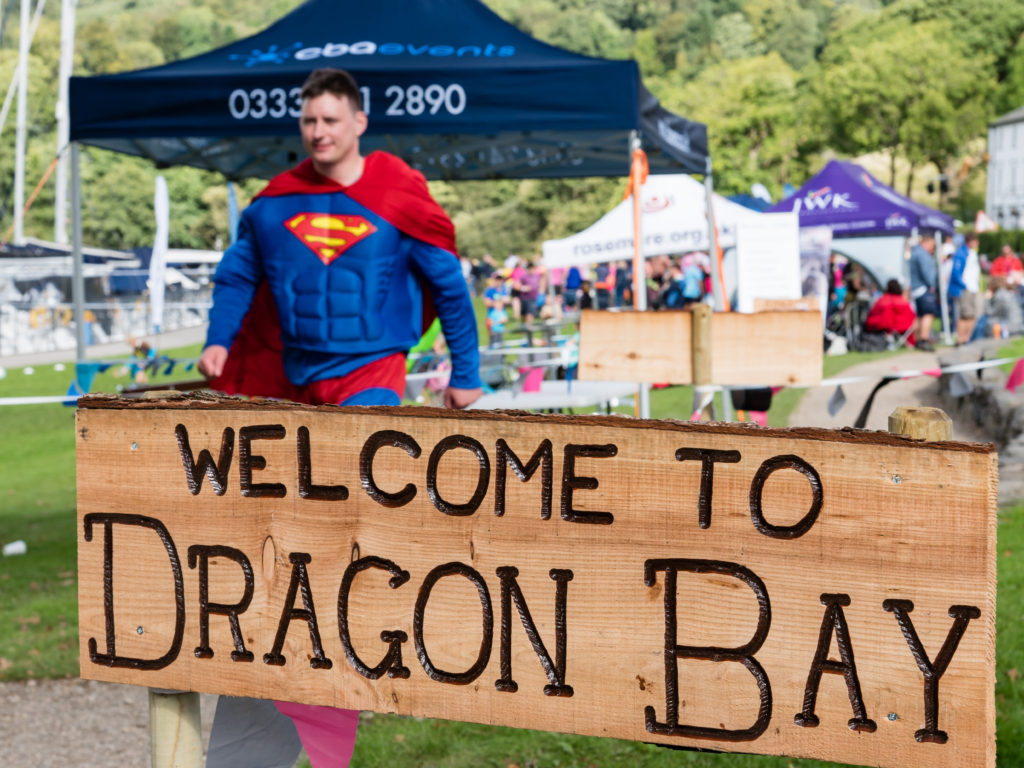 As everyone started to arrive, head to toe in waterproofs, the first thought on peoples’ minds was whether or not it was going to go ahead and I’m pretty sure if this was anywhere else it wouldn’t have, but we are up north and what’s a bit of rain to us country folk?

Ben Berry delivered a short briefing, giving everyone an idea of the layout of the day and how things were going to be done. Then Emma kicked things off with an electric warm up, raising everyone’s heartrate and with it, their spirits. 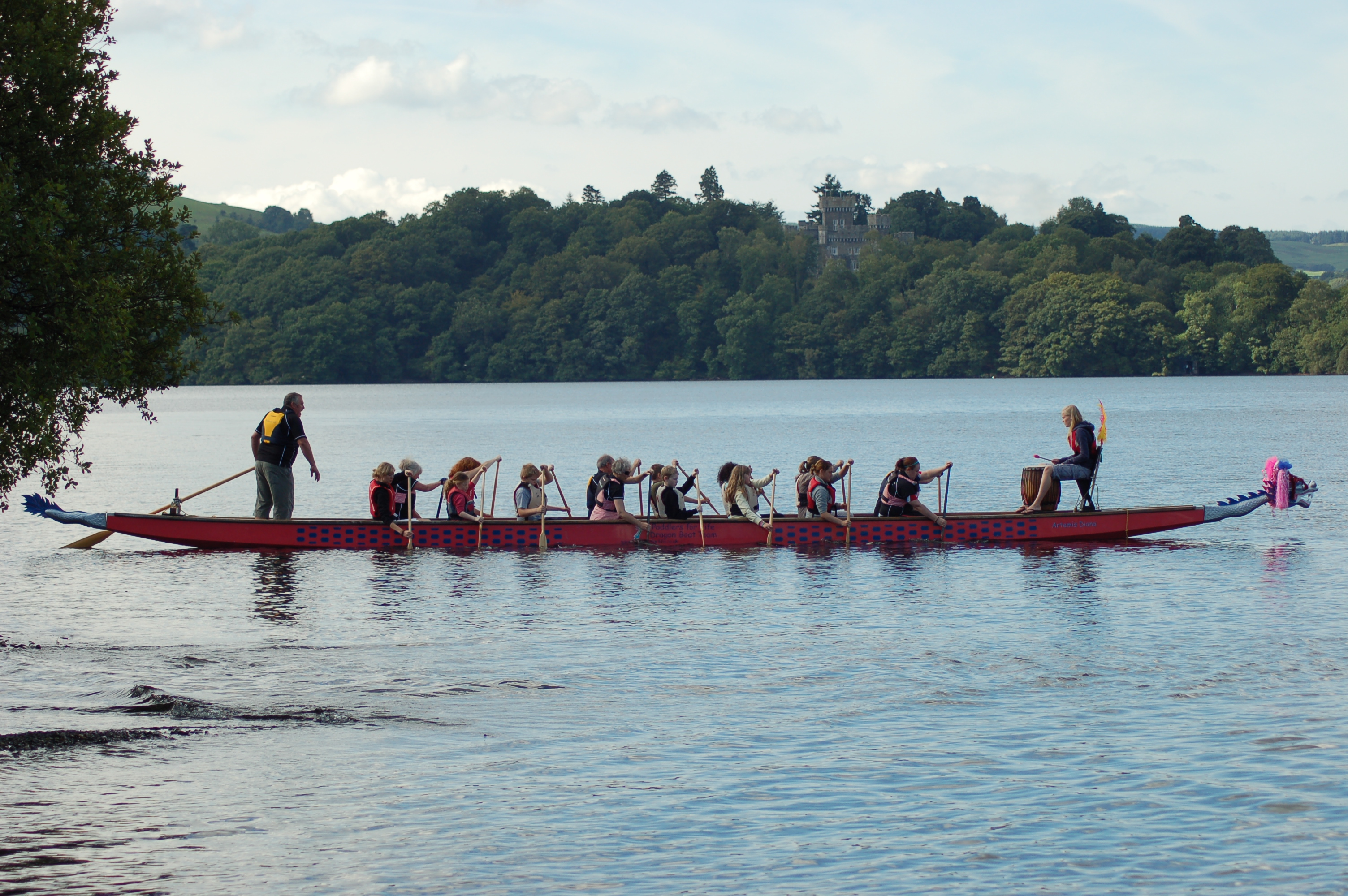 All five teams were now starting to check each other out, the cheesiest ‘fight talk’ and attempts of psyching each other out caused laughs all round but when we got in the boat it all became very real. We were all there to win at the end of the day and when that starting horn went every single person could see that trophy in their grasp. The first ten strokes were fast and sharp, getting the boat moving and off the line. This was then followed by long powerful strokes to take us through the water as efficiently as possible. Never has a minute gone so fast, with the finish line speeding towards us, and before we knew it was over. Victory.

Muscles burning, lungs breathing heavily, cheers to the opposition and celebrations between team members, one race down and all we had to think about now was preparing for the next.  A couple of heats later and we had secured our second victory, this time beating the best time by two seconds, the rain had subsided a little and morale was high.

The Clash of the Titans

Next event of the day – the tug of war. Five teams of eight battling it out through the knock out stages to eventually be crowned; the final was between Low Wood Bay Health Club and Conlon Construction. The clash of the titans in a now extremely muddy battle ground of testosterone and bragging rights. Unfortunately we were defeated, but nothing could kill our never-say-die spirit. 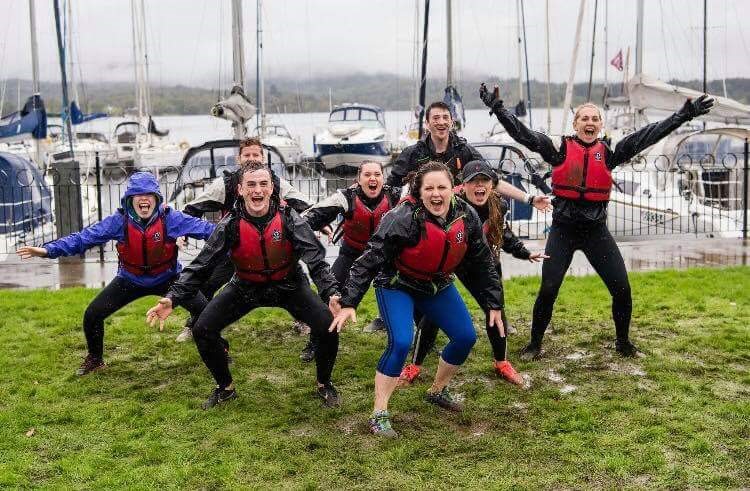 The Haka is a traditional Mauri dance designed to terrify and intimidate opposition and the Macarena is a Spanish dance song found at pretty much any British disco.  What do you get if you combine them? ‘The Hakarena’ - Our weapon of choice in the Haka battle. I thought this was a valiant effort as we had taken about 3 minutes to think it up just before showing it to the world. The judges on the other hand didn’t, but what do they know?

The last event of the day, the grand finale. Adrenaline was surging, nerves were kicking in but on the surface we were calm and collected, game faces on and raring to go. With four men less than each of our rivals, we had to rely on every single umph of strength we had left. Three boats lined up at the start line, oars at the ready. “On your marks. Get set. GO!” We were off. Our start was poor compared to previous heats and our bitter rivals Conlon were already pushing ahead. I knew that it would all be over so soon if we were to stop, but we came together in perfect rhythm for one final push. The end in sight, we were neck and neck – this was it. I yelled out some final words of encouragement to my team as we shot over the line. It was over, but was it enough? Everyone sitting, waiting for the helm’s response. Defeat - they had beaten us, by 0.35 of a second. 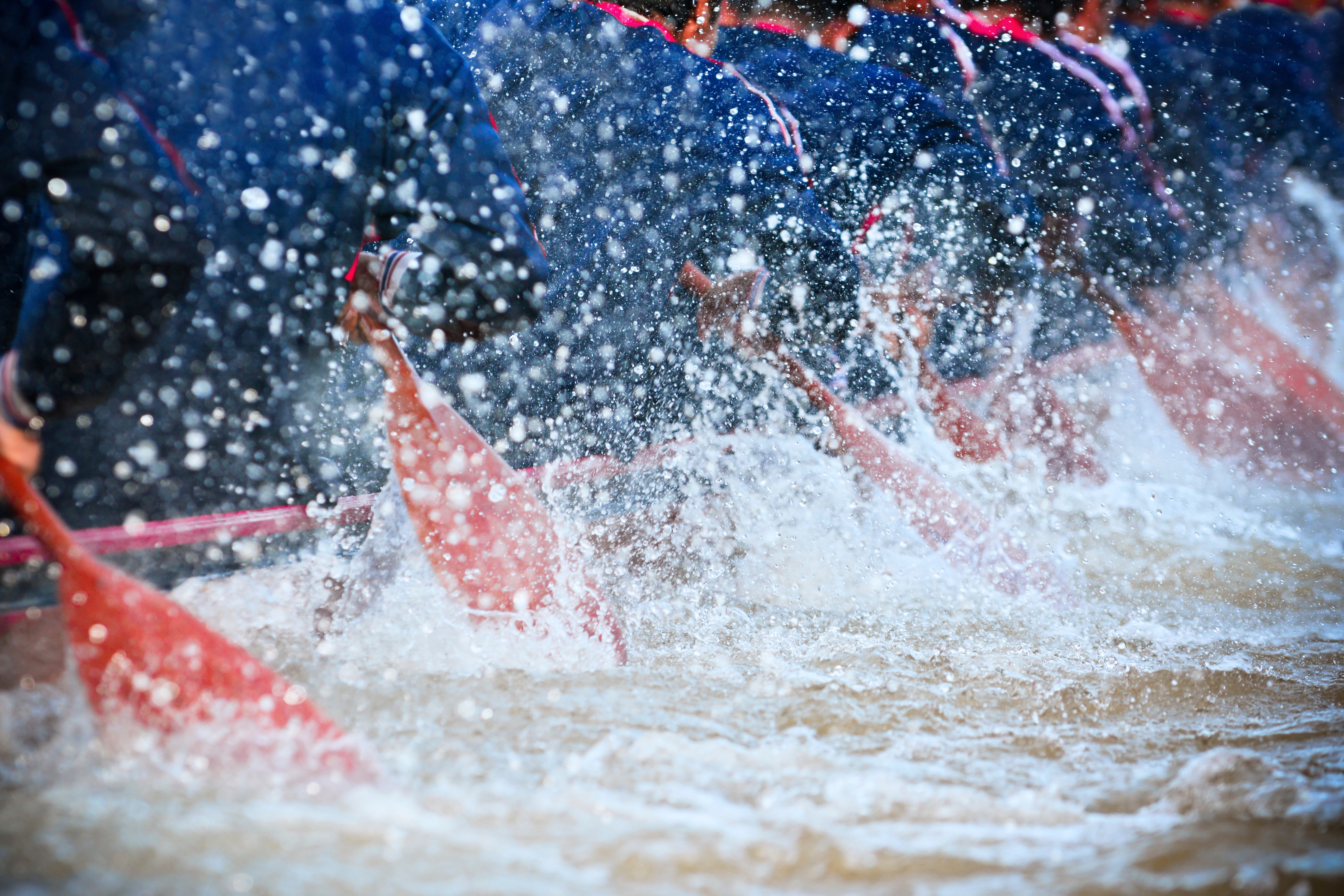 We Will Be Back! 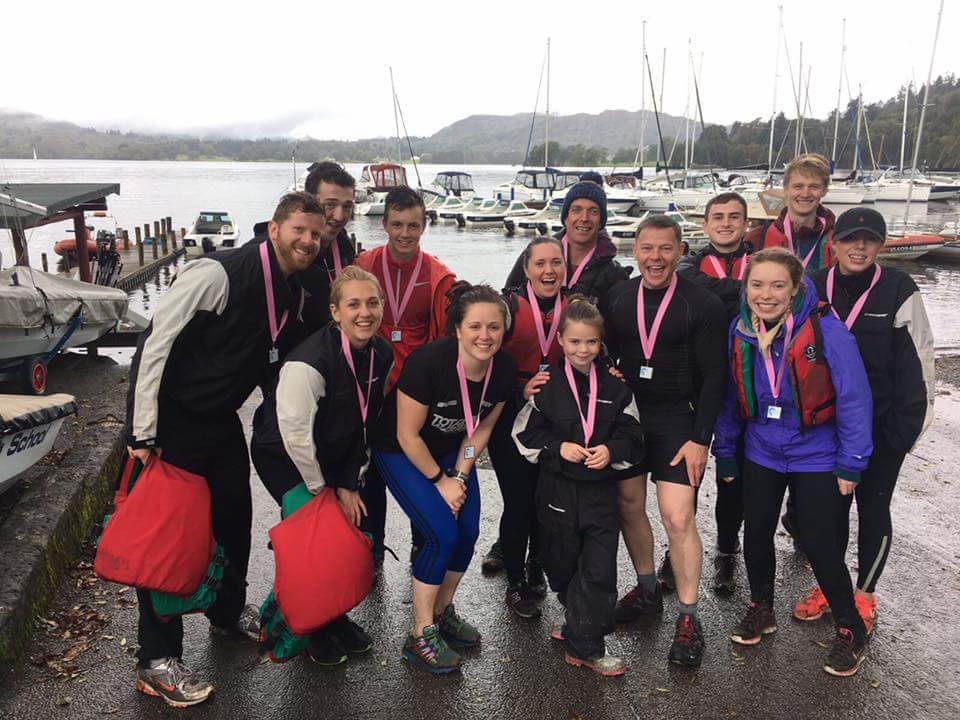 We hung our heads in shame as Conlon Construction cheered. No one could fault our effort in such a stellar event. Not the finish we had hoped for but second place isn’t bad for a team of twelve. As we pulled up to shore and climbed out of the boat I looked back across the lake, staring intently at the horizon with one thought at the forefront of my mind; next year we will be back, and we will win! 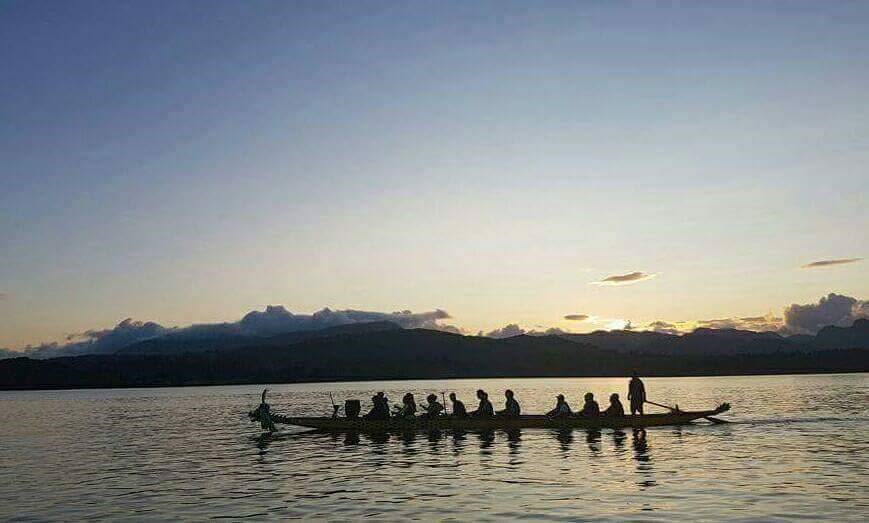