The History of English Lakes

The hotels have enjoyed an interesting and dynamic history and each one has its own unique tales of days gone by. We have compiled the background which explains the development of English Lakes Hotels from 1952 until present day.

On 8th August 1959, the Wild Boar Hotel was purchased.

During the 1950’s, Norman Buckley secured four World Water Speed Records on Lake Windermere in his own designed and built boats, Miss Windermere II and III. 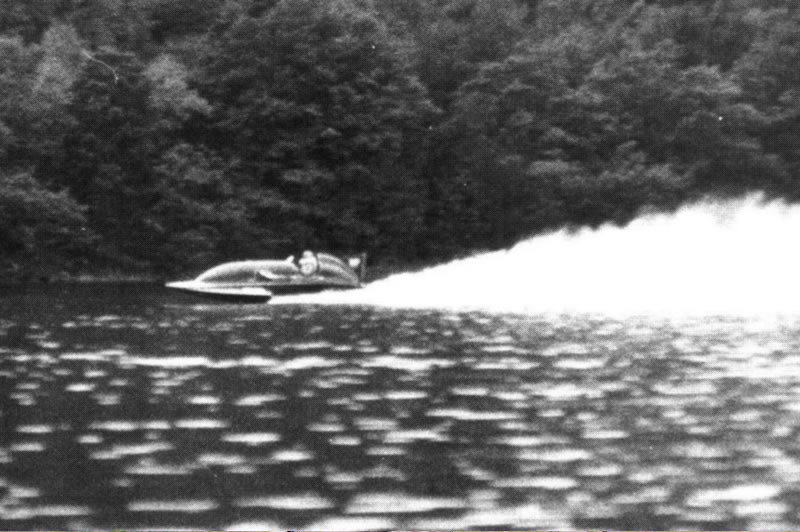 The Royal Hotel added to portfolio

On 20th October 1965, the Royal Hotel was purchased. In 1969, the Wild Boar and Low Wood were increased in size considerably.

Norman Buckley secured one more World Water Speed Record in Miss Windermere V. He was awarded the MBE for his endeavours on 3rd June 1972 and died November 1974.

Michael Berry, joined the group on 14th July 1972 and took over as Managing Director in 1974 when his uncle died. 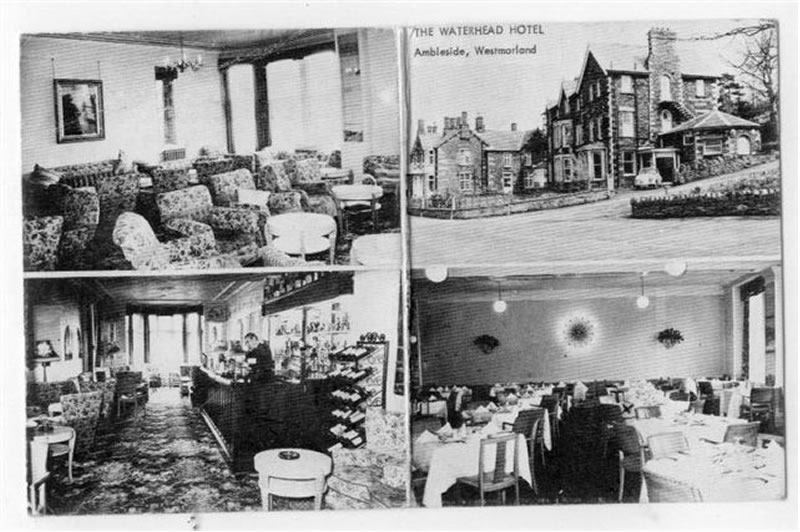 The Waterhead Hotel was purchased on 1st July 1975 and English Lakes Hotels Limited was established 16th May 1979.

Simon and Tim join the company 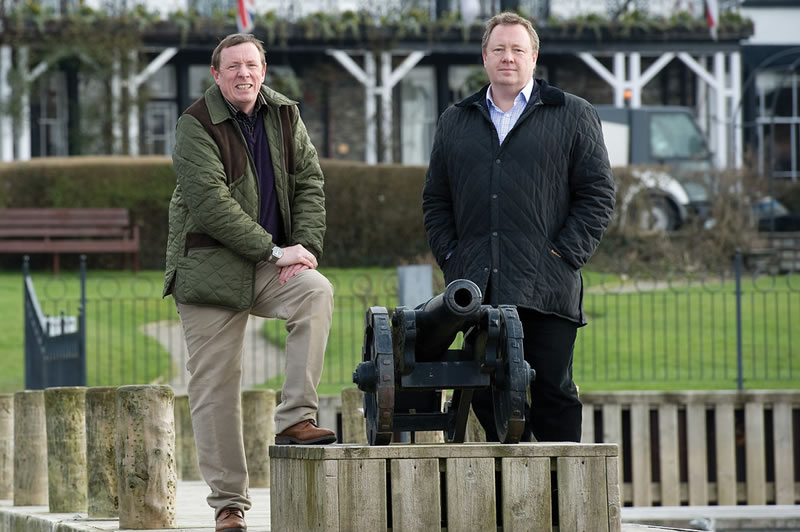 The Low Wood Watersports Centre was created in August 1983 and officially opened by the Minister for Sport, Mr. Neil Macfarlane, M.P., on 9th January 1984.

Douglas Dale joins the board

Douglas Dale joined the board as Operations Director in October 1986.

Major developments took place at Low Wood with the building of the Conference Centre and Leisure Club, all of which opened in June 1989. 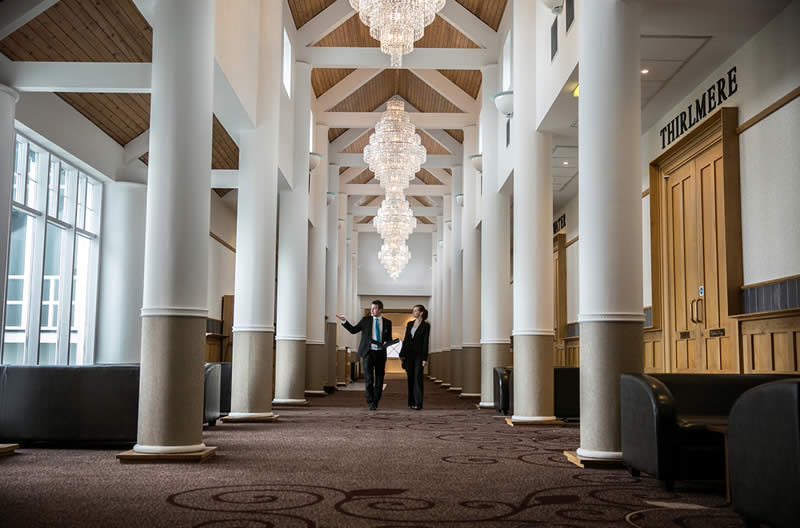 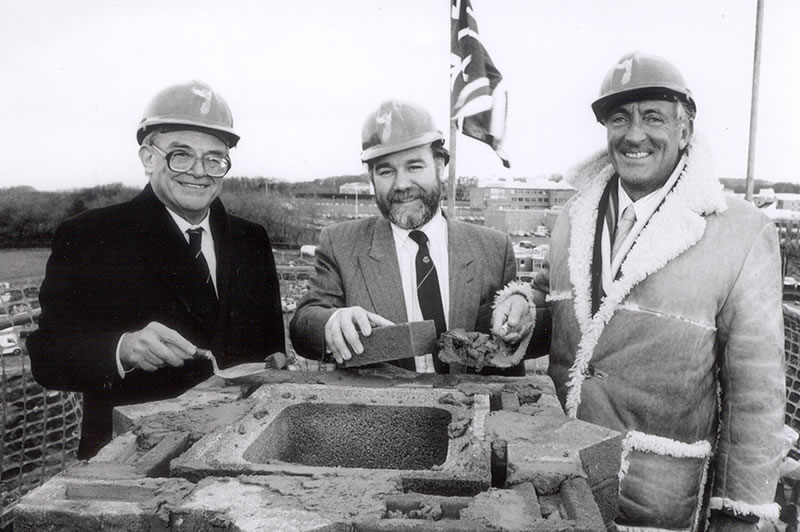 In 1994 a number of Directors attended Disney University in Orlando, on a programme called "The Disney Approach to Quality Service".

On 14th June 1997, Michael Berry was awarded the O.B.E. for services to training and tourism in Cumbria. 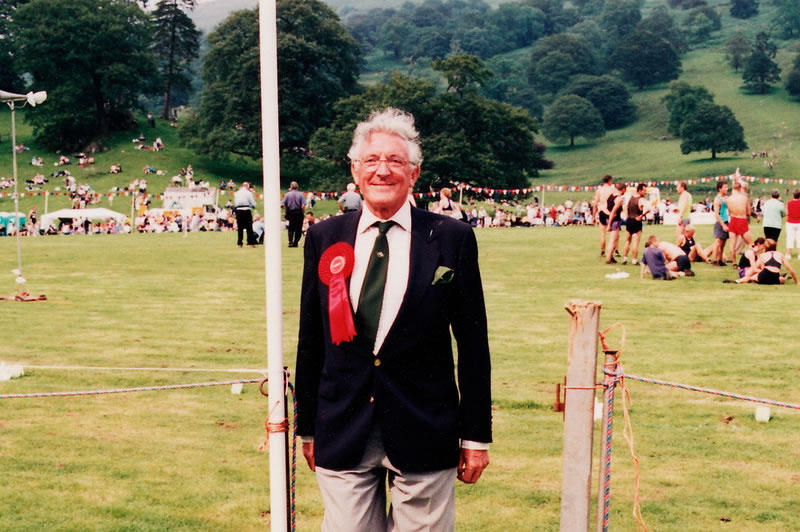 Simon Berry takes over as MD

On 1st July 1998, Simon Berry took over as Managing Director of the company, whilst his father Michael, remained as Executive Chairman. 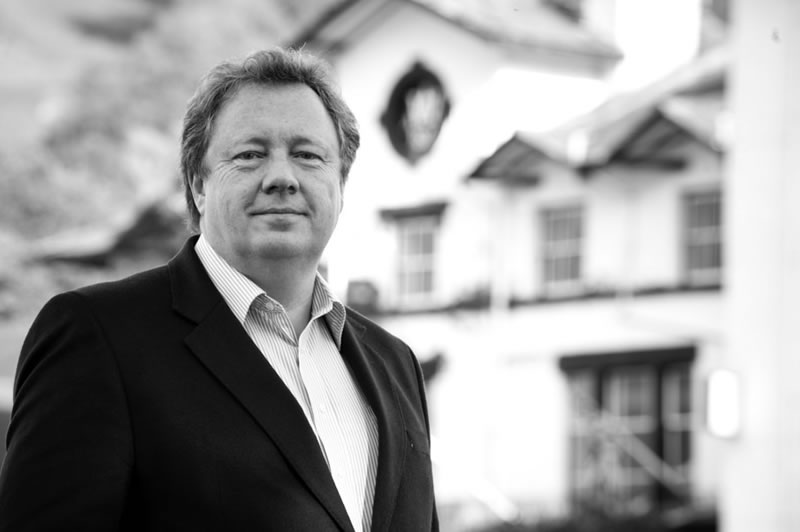 In 2000, Michael Berry was honoured with a Lifetime Achievement award by the Catering International Management Association.

In October 2001 Low Wood Hotel celebrated achieving 4 star status from the AA and RAC. This accolade followed improvements and re-development at the hotel amounting to £8 million over the previous 10 years.

In 2002 English Lakes Hotels celebrated its 50th anniversary and to commemorate this, and the tri-century of Low Wood, 1702-2002, Michael Berry launched his book ‘Low Wood on Windermere, Three Hundred Years of Lakeland History’. The book provided a detailed account of the inns history, beginning with the birth of Lakeland tourism.

In 2003 Low Wood Hotel won the ‘Large Hotel of the Year’ award in the Cumbria for Excellence Awards run by Cumbria Tourist Board.

In April 2003, English Lakes Hotels announced the addition of Storrs Hall Hotel to their portfolio, under a management contract on the property.

In November the Waterhead Hotel closed to undergo a major redevelopment.

Waterhead re-opened in April 2004 as the Lake District’s first 4 star Town House Hotel, following a re-development programme costing over £3 million. The new luxury hotel offered a style that can not be found elsewhere in the Lake District. The hotel was transformed from a 2 star, 27 bedroom hotel, to a luxurious and contemporary 41 bedroom, 4 star property. The Hotel subsequently won small hotel of the year awarded by Cumbria Tourism.

The Royal, having been sold, ceased trading in September. 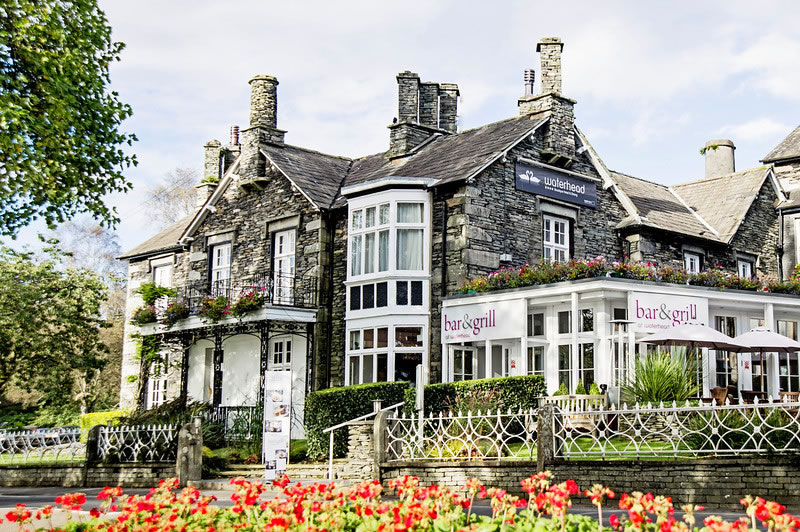 Chairman Michael Berry died on 14th June 2004 following a long battle with cancer. His eldest son and Managing Director Simon, took on the role of Chairman. Tributes were paid to Michael Berry by many in recognition of his dedication and commitment to tourism and local history, heritage and community work.

In May 2005 Lancaster House completed a £3 million extension and re-development programme consisting of a new conference and banqueting suite, almost doubling the hotel's capacity, 19 new luxury bedroom suites, plus expansions to the Sandpiper Leisure Club and Sandman’s Bar. 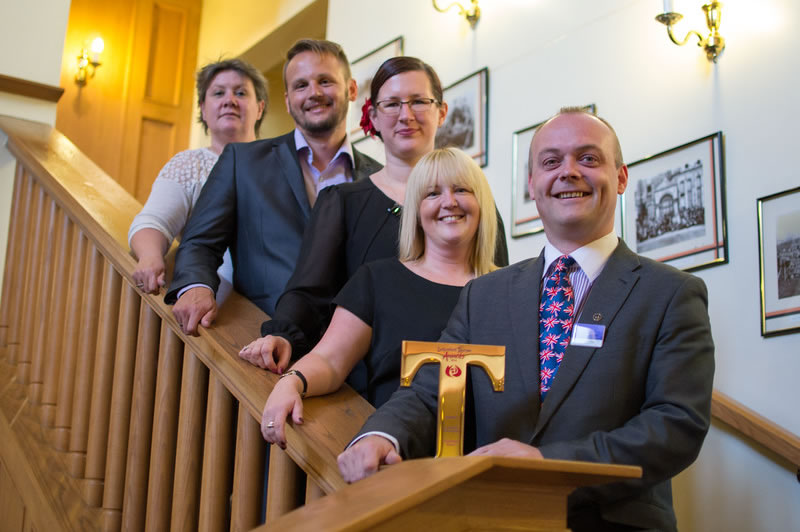 In 2006 English Lakes, as a company, won ‘Tourism, Hospitality & Leisure Business Excellence Award’ for the +1 customer service initiative and ‘Best Family Business’ at the Coutts Awards.

72 acres of woodland adjacent to The Wild Boar were purchased to give the Inn its own private woods for exclusive use of guests. 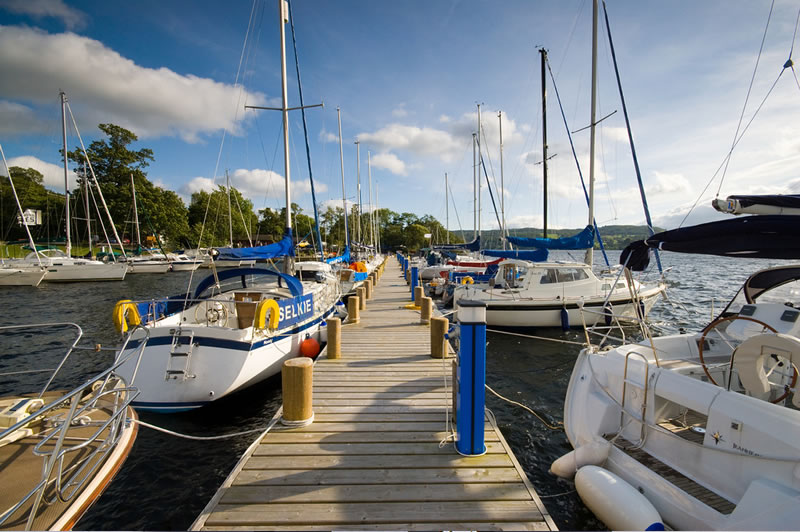 In 2008 the first ever Great North Swim was held at Low Wood Bay with over 2000 open water swimmers taking part. David Neale joined the company as Commercial Director at the end of the year. 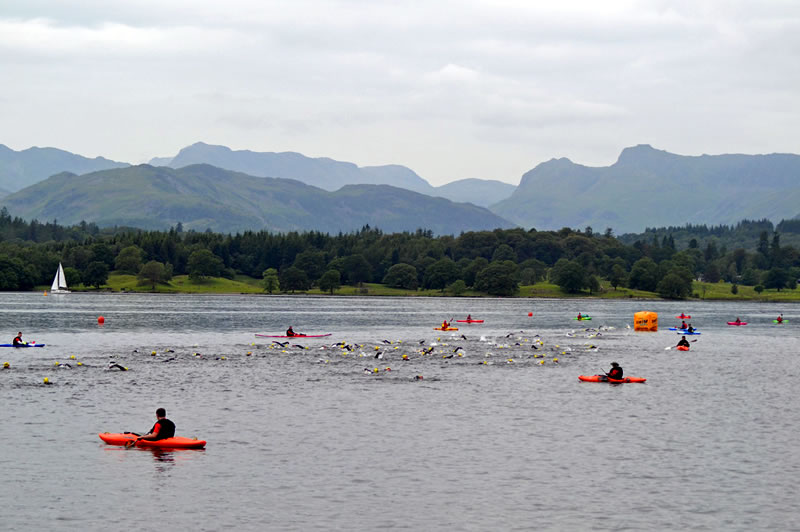 The Midland, in Morecambe, joined the group in 2009. The hotel was highly commended ‘Large Hotel of the Year’ in the Lancashire and Blackpool Tourism Awards for 2009/10. Also, The Royal Institute of British Architects (RIBA) awarded the Hotel an award for its high architectural standard and for making a substantial contribution to the local environment. 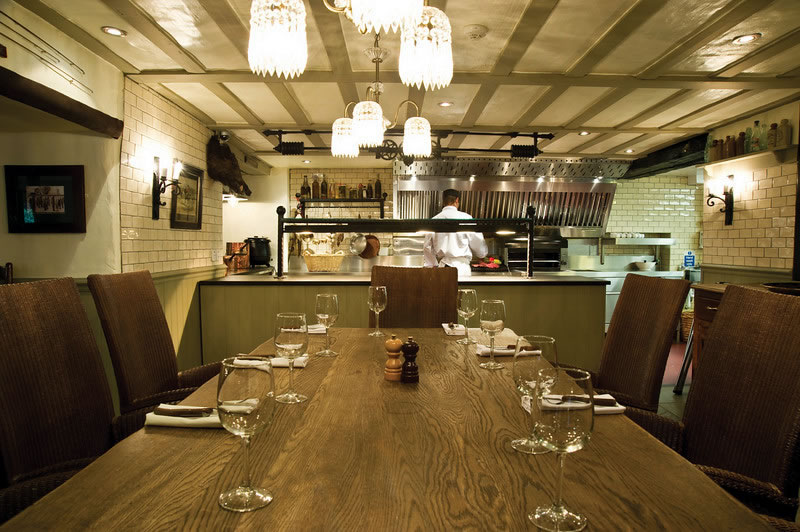 The Wild Boar was reopened after an extensive development of 17 feature and luxury rooms, and brand new Grill and Smokehouse.

English Lakes reached an impressive Visitor Giving figure of £100,000.00 across the group. This was donated to Nurture Lakeland to support their local environmental conservation work. 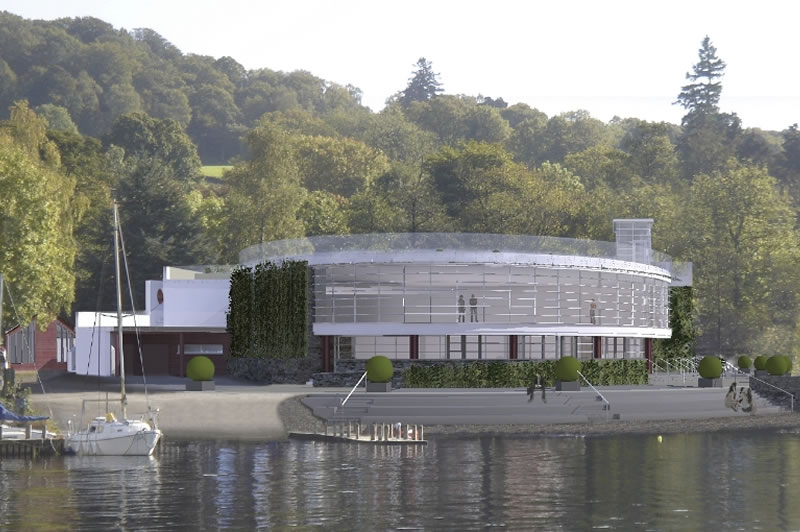 In May 2012 the Lake District National Park Authority decided in favour of their officer’s findings by a 12 to 1 majority and passed the plans for a Low Wood Bay Convention Centre. 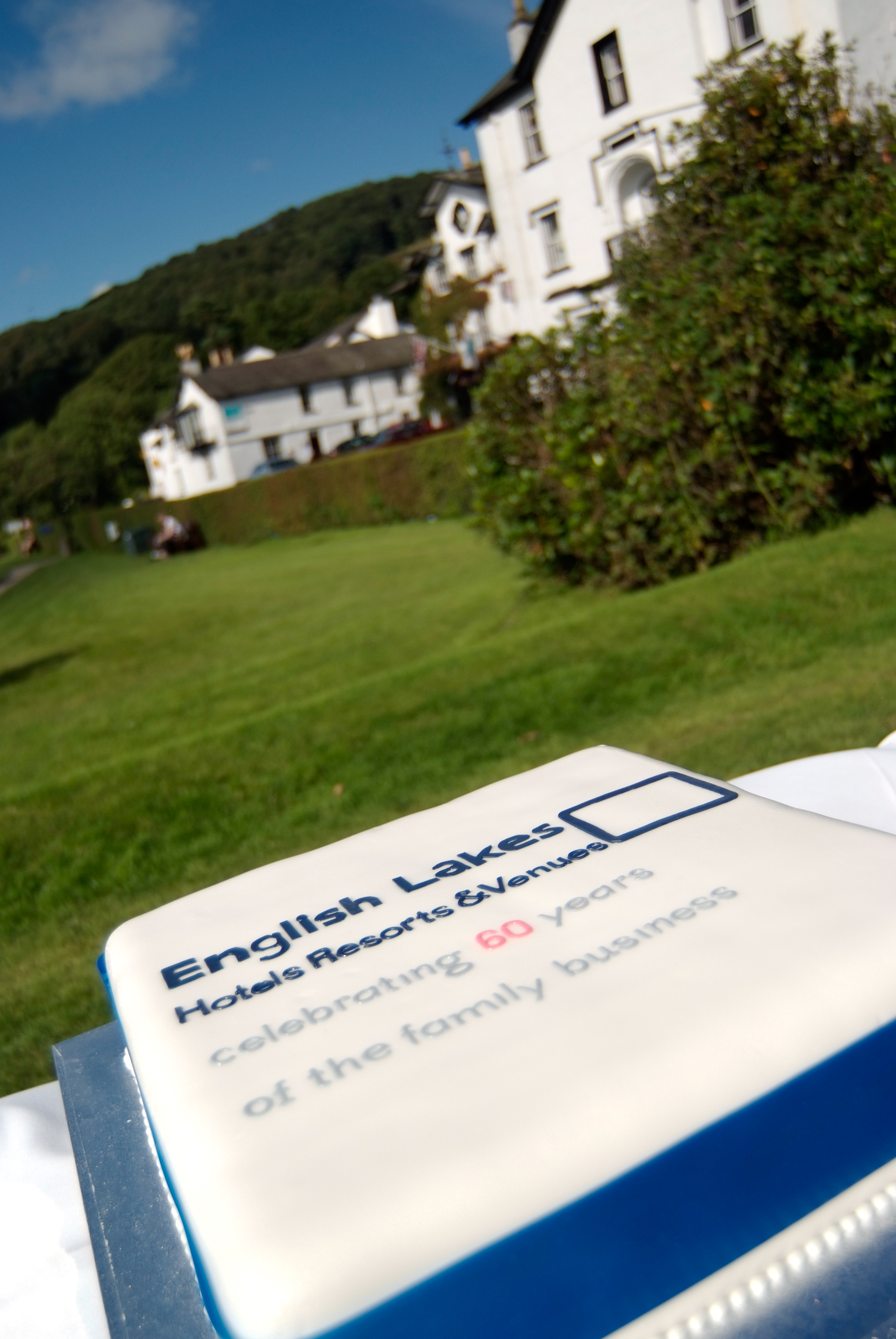 In 2012 after many great milestones, accolades and awards, the Berry family were able to celebrate 60 years of being involved in the hotel and leisure industry. 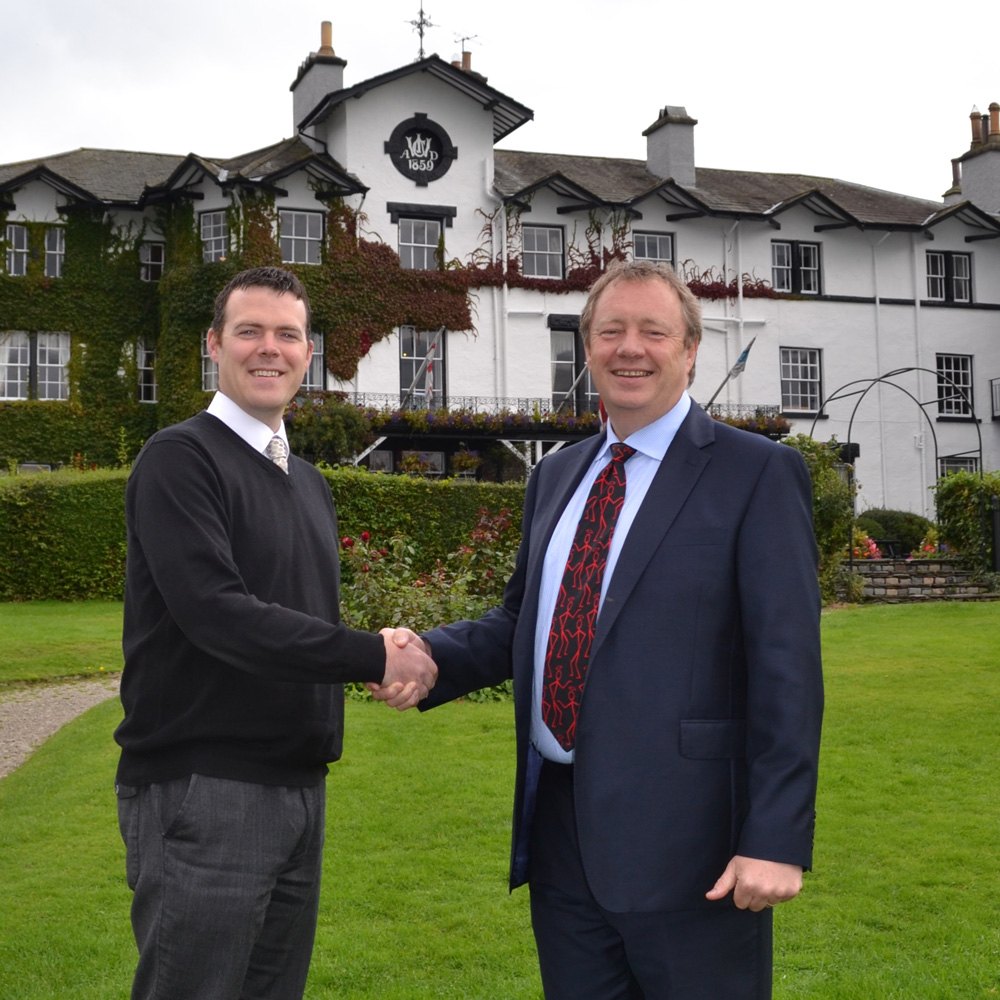 Matt Wilkinson who joined the company in August 2001 was appointed to the Board of Directors in September 2013. 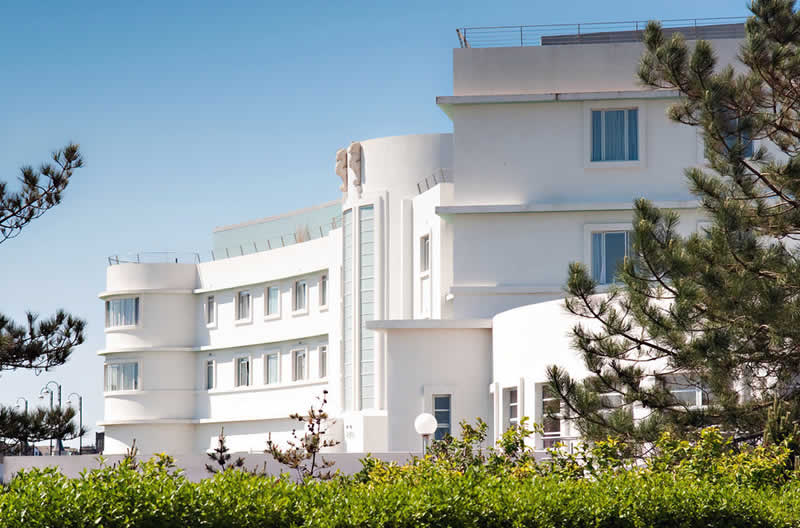 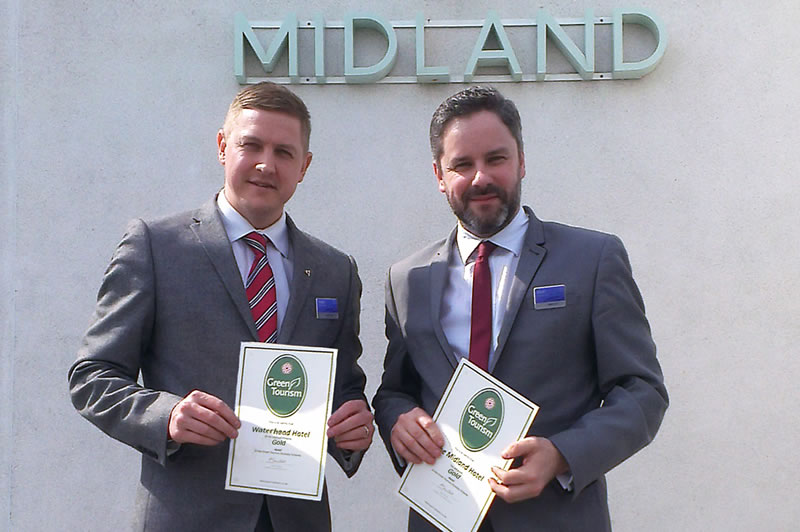 In 2014 The Midland attained an AA food rosette in recognition of its food preparation, use of wholesome ingredients and service to guests. In the same year, and each of our five properties achieved Gold certification for excellence in the Green Tourism Business Awards.

The Wild Boar Pub of The Year

Family Business of The Year 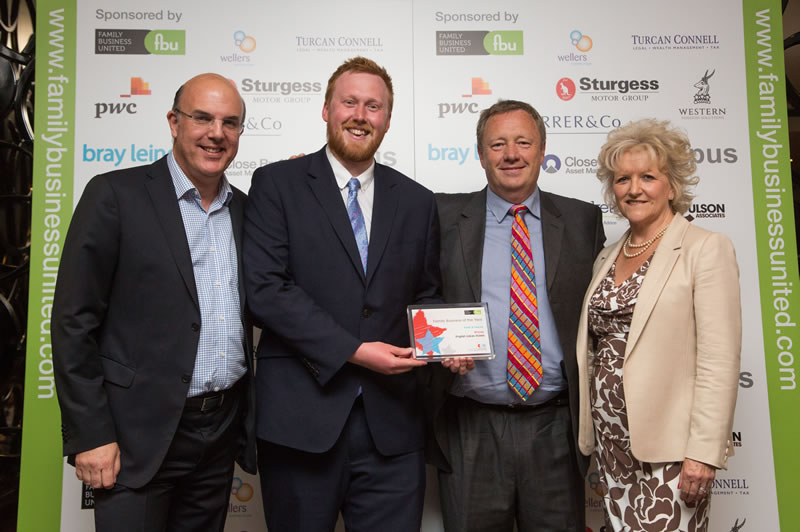 ‘Low Wood Bay closed in January 2017 for major re-development and re-opened in April 2017 as the Lake Districts first resort. 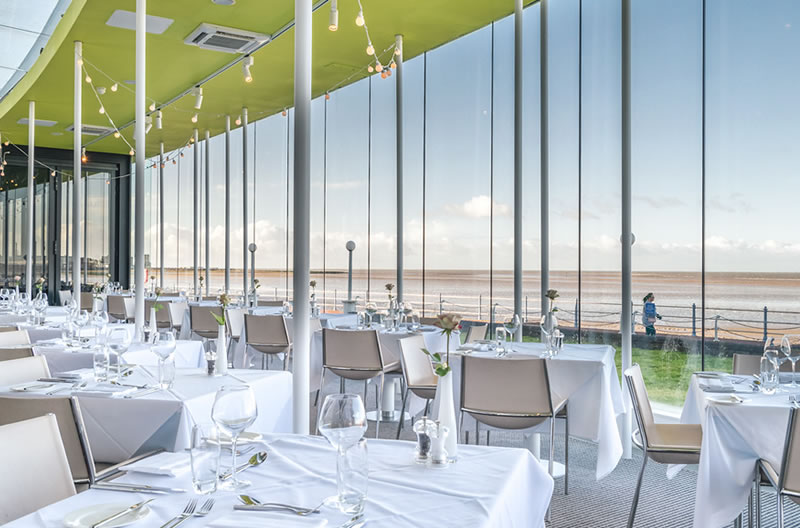 The Midland in Morecambe was awarded Best Celebration Venue 2017 in the Bay Living Awards. We are delighted to host Afternoon Tea at The Midland, stylish weddings, birthday cocktails in the Rotunda Bar, romantic anniversary dinners overlooking Morecambe Bay and many other celebrations. 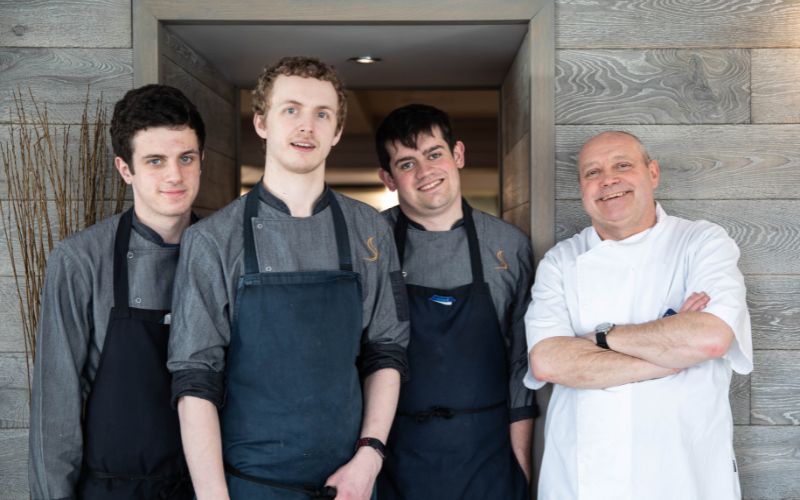 Our fully accredited Culinary Academy was launched. A two year-apprenticeship programme for aspiring Chefs under the supervision of internationally acclaimed Chef, Steven Doherty. We look forward to seeing a new generation of creative Chefs emerge from our kitchens. 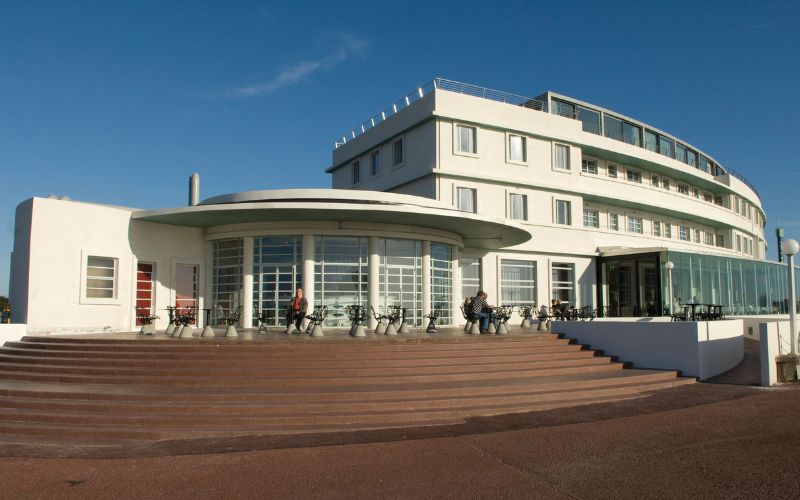 In 2018 The Midland celebrated ten years since its refurbishment and re-opening. To mark the occasion, the hotel created their own Seahorse No. 10 gin.

Family Business of the Year

Blue Smoke on the Bay, a new dining experience serving dishes cooked over a wood-fired grill, was opened.

Family Member Joins the Board 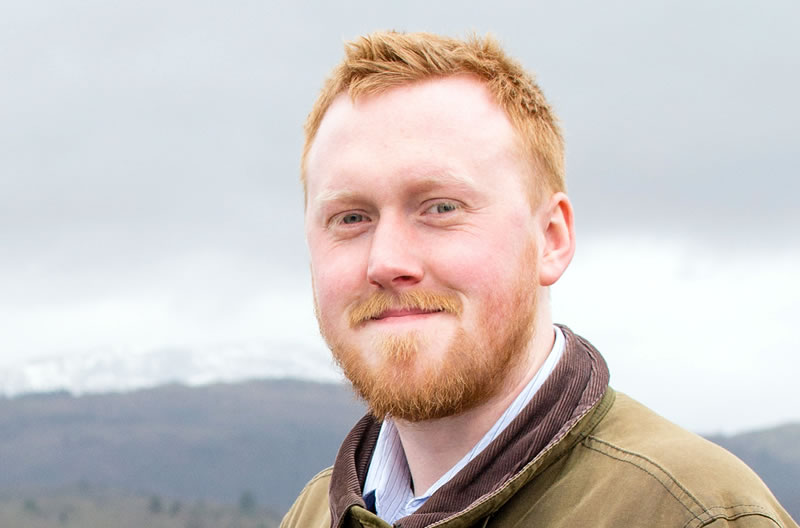 Ben Berry, son of Simon Berry, was appointed to the Board of Directors in June 2018. 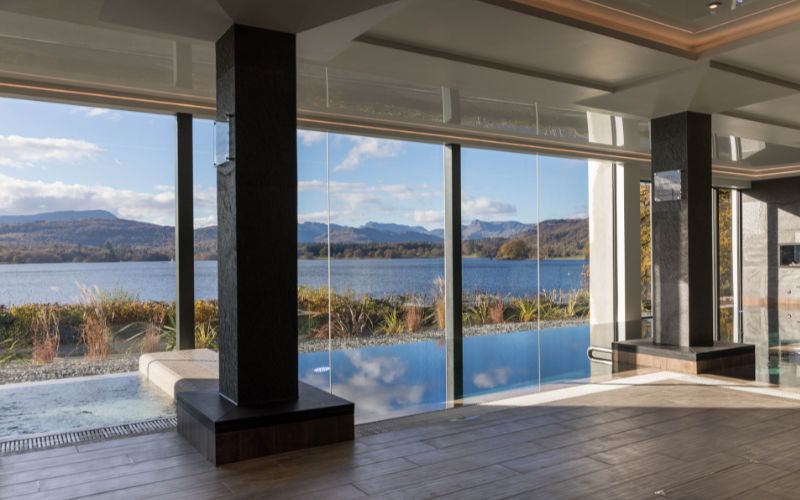 In September 2018 The Spa and indoor thermal area was opened offering a luxurious Thermal Journey and beauty treatments using ESPA products and our own brand Berry & Birch products. 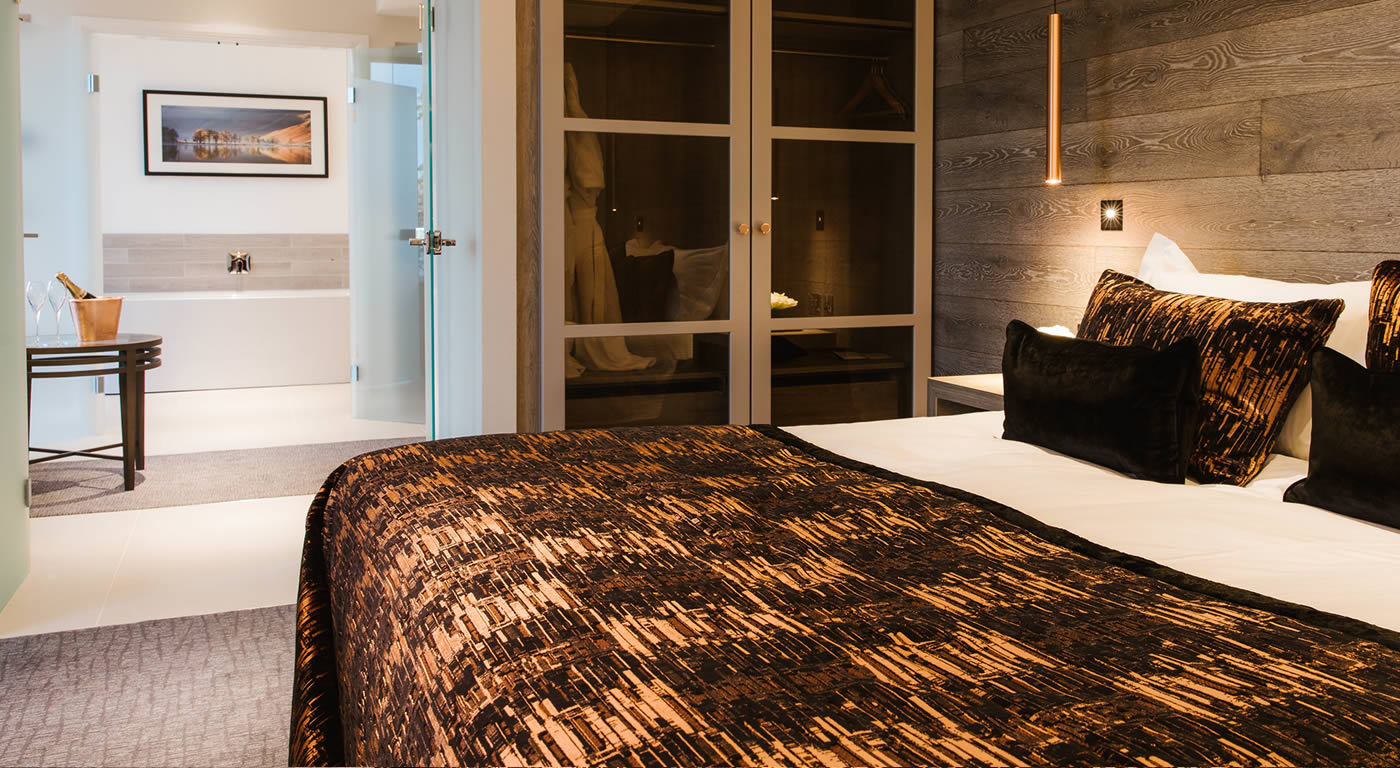 In March 2019 the Winander Club opened, offering 29 stylish bedrooms and suites and providing ‘next level’ luxury with a private bar and exclusive breakfast area for club guests.

In October 2019, BBC North West ran a series on some interesting family businesses in the North West of England. Members of the Berry family were interviewed by Roger Johnson discussing the history and future of English Lakes Hotels as well as tourism in the World Heritage Lake District.

July 4th, 2020 signalled the reopening of the Hospitality sector following the Covid lockdown. English Lakes marked this date with the firing of the canon from the Jetty at Low Wood Bay. 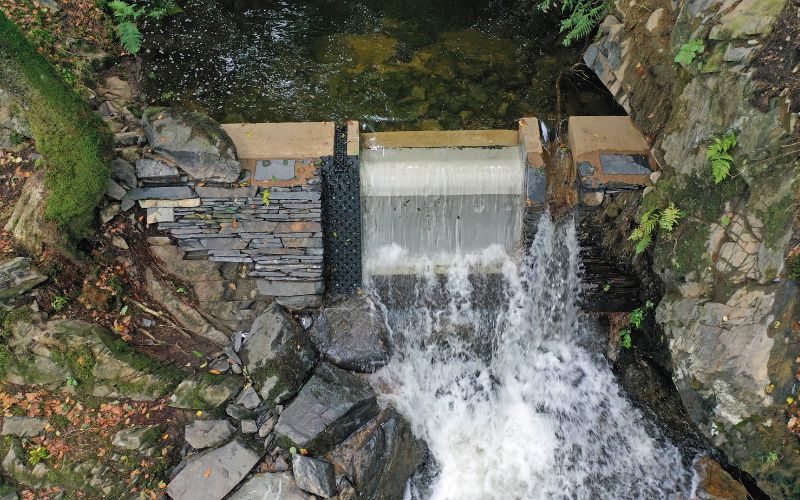 Always keenly aware of our local environment, and reducing our carbon footprint, in October 2021 we installed a Hydropower plant at Low Wood Bay , fed by a local river at the back of the hotel. This generates approximately one third of the hotel’s energy requirements.

Extension of Executive Board 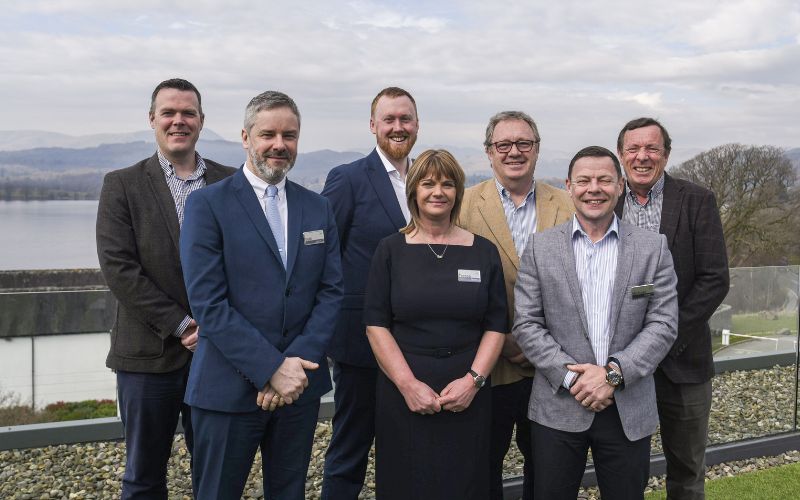