We are delighted to put the spotlight on English Lakes Executive Chef, Daniel Winstanley. As part of his role, Daniel also heads up the English Lakes Culinary Academy, an aspect of his job that he loves and is very well qualified for. Here's Daniel's story.

The Lad from 'up North'

Born and brought up ‘up north’ as a Wigan lad, Daniel realised very early in life that he had a passion for food.

I loved making my favourite breakfast of scrambled egg on toast, and at every opportunity I worked on perfecting it.

An Early Call to Catering

He recalls that his earliest memories were of wanting to be a Chef. Inspired by watching the late great Gary Rhodes on TV, with his ‘crazy spiky hair’ and fabulous cooking, it became more even appealing. From the age of 9 years, Daniel knew that his course in life was already set.

First, he had to get through school, and he confesses that it wasn’t his favourite place. As soon as he could, and with his career already set in his mind, Daniel headed to catering college. Here he achieved the nationally recognised Level 2 and Level 3 catering qualifications, along with some extra credits. He has fond memories of some of the catering challenges he faced, such as Chelsea Flower Show, Royal Ascot & Aintree Grand National.

Working part time whilst studying, Daniel couldn’t get enough of the buzz that being in a kitchen gave him. His first full-time role was at The Mulberry Tree in Wrightington. Mark Prescott, the Head Chef there, provided all the inspiration that Daniel needed to pursue his chosen career. Mark had worked under Albert and Michel Roux, and later partnered with Michel Roux. As you can imagine, Mark had ruthlessly high standards in the kitchen, but that drove Daniel and the other junior chefs to be the best they could be. 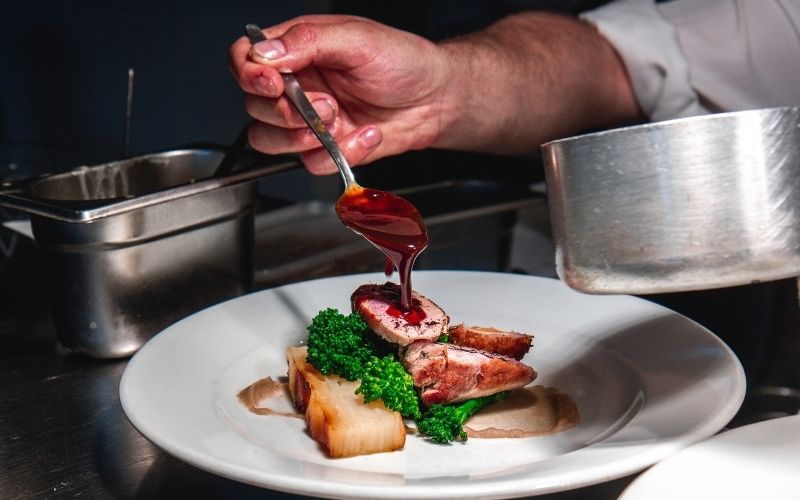 When it came time to fly the nest, Daniel packed his rucksack and headed to the Lake District. He had three interviews lined up and was pleased to secure a position at Low Wood Bay, the largest 4* property on his list of hopeful opportunities. 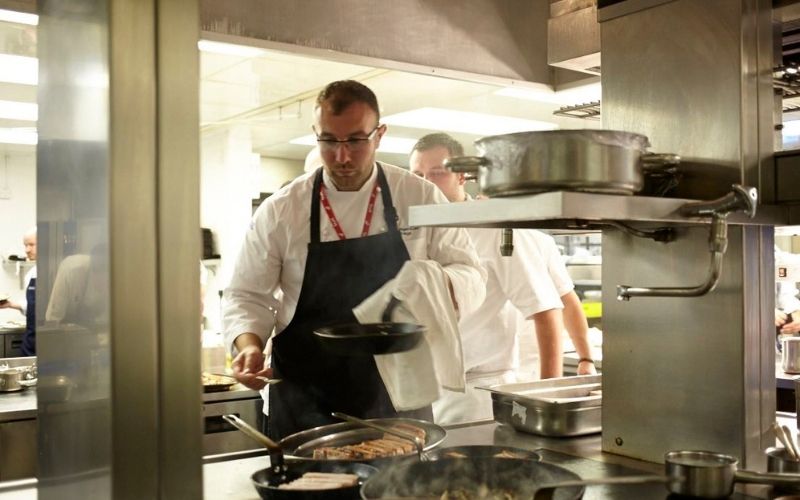 With lots of hard work, countless late nights and early mornings Daniel gained a reputation as a good chef with an excellent work ethic and high standards. He was given the opportunity to work at all five of the English Lakes hotels over the next eighteen months. After this time, he took the helm as Head Chef at Low Wood Bay. A lot of responsibility, with a one-million-pound food revenue – it was a great challenge and one that Daniel rose to admirably.

Inspiring a New Generation of Chefs

After four years with the company, and working alongside young ambitious Chefs, Daniel realised he had a desire to help others achieve their career goals whilst also inspiring the next generation of chefs. He contacted the local college where three of his young employees were studying for workplace qualifications and started to study for his Assessor’s qualification. He was hooked! Very soon he found himself full time further education as a qualified lecturer. 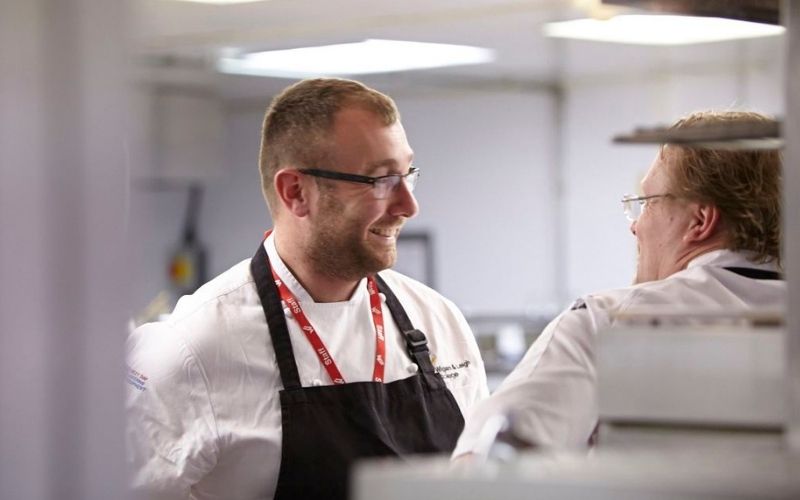 I had an amazing 6 years… La Parade de Chefs Medal winner 2014, a passion to inspire others, taking part in some challenging events and working with talented colleagues and students. Highlights from that time included being awarded Grade 1 outstanding from OFSTED and spending 6 weeks teaching in China.

Daniel was drawn back to the Lake District and returned to the hotel industry where he helped support the major redevelopment at Low Wood Bay. This involved a new concept restaurant and the general expansion of the food offering at Low Wood Bay resort. 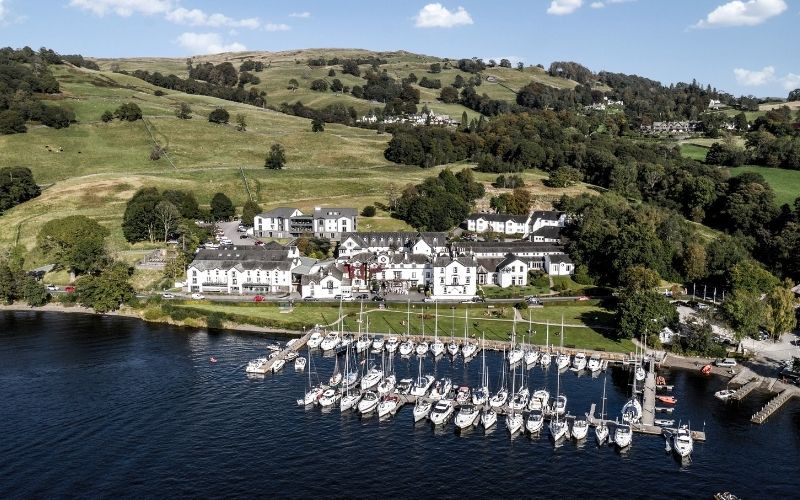 When Low Wood Bay re-opened Daniel took the opportunity to establish his own business. Perhaps watching the Low Wood building project was contagious. Daniel bought a derelict building in Eyemouth, Scotland and had it re-designed, built and re-opened within the space of just four months. Eyemouth is an idyllic fishing town on the Scottish borders. From his restaurant he watched the boats land their catch and could wander down and chat with the local fishermen. He even joined the local Lifeboat Station, volunteering his time to ensure safety at sea.

Enjoying the Best of Both Worlds 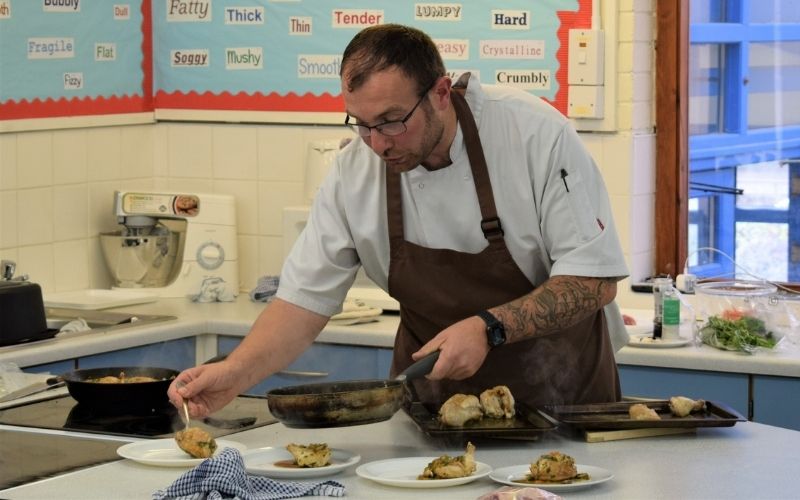 The years rolled on and Daniel was invited back to English Lakes Hotels as Group Executive Chef, with responsibility for the Culinary Academy. This is the best of both worlds for Daniel, combining his creative talents as Chef and his love of teaching others. He spends some of his time engaging with schools and colleges, inspiring and helping others reach their potential and fulfil their dreams. Whilst not training others, Daniel continues to oversee the food offering at English Lakes.

Training to be a Chef with English Lakes

The Benefits of Working for English Lakes Hotels Resorts & Venues


Special Offers Direct
Be the first to hear our exclusive 2022 special offers newsletter by signing up today.
Just click below to sign up
Special Offers Signup