On 13th May, 2,500 cyclists took to the roads of The Lake District in one of the most difficult sporting challenges on the calendar – The Fred Whitton Challenge. 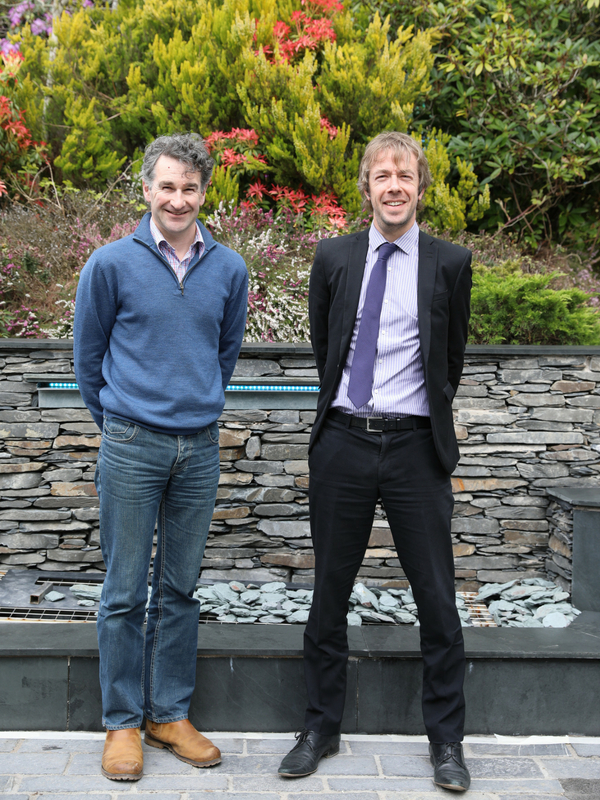 This was the 3rd time I’ve done The Fred and there was a few of us in a group who wanted to finish under the 7 hour mark.  The training was going relatively well, and despite a fairly harsh winter I was getting plenty of miles in.  About a month before the event it was announced the route had been extended by nearly 2 miles, and to take in the additional climb of Blea Tarn – making the task that bit harder!  Two weeks  or so before the event you need to start ‘tapering down’ (resting) and closer to the day, carb loading so as to have enough energy as possible. 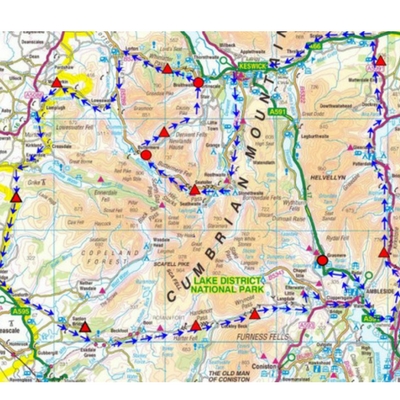 We awoke on the day to wet roads, but with a decent forecast.  Setting off at 7.10 am (still cool at that time) the ride began. As a group we stuck together, and had made rapid time when we reached Honister Pass, the first really steep climb.  Unfortunately there had been an accident, and a rider had come off on the descent to Buttermere. While the Emergency services attended, we were held at the top for nearly 20 minutes, slowly getting colder and stiffer.  Back under way we took in Newlands pass, and on top of Whinlatter, my parents helped with a quick bottle change/food stop. 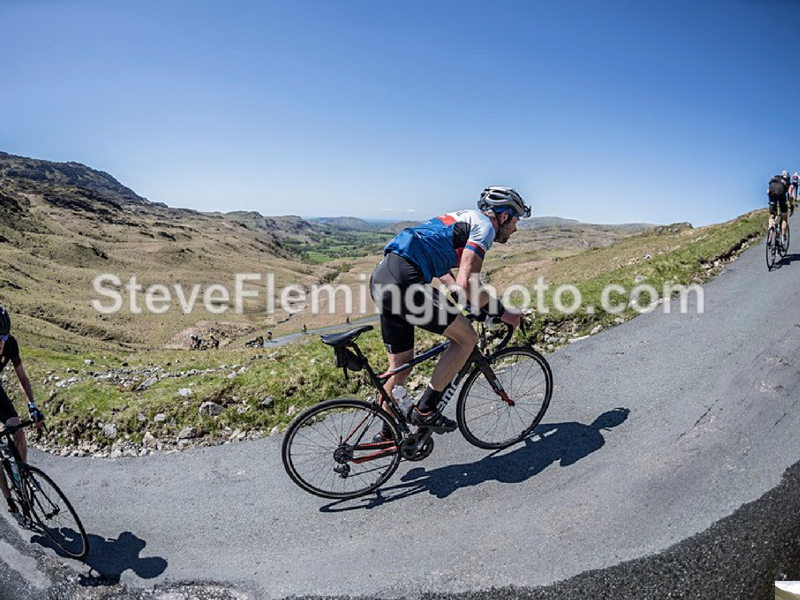 Over on the western side, near Ennerdale Bridge, we were greeted with a Tour de France type atmosphere – music, cow bells etc.  This really does help with the motivation.  A further bottle change near Gosforth, and onto the big ones, Hardknott and Wrynose.  You have to as best you can save something in reserve for these, as even conquering them in a car is no mean feat! 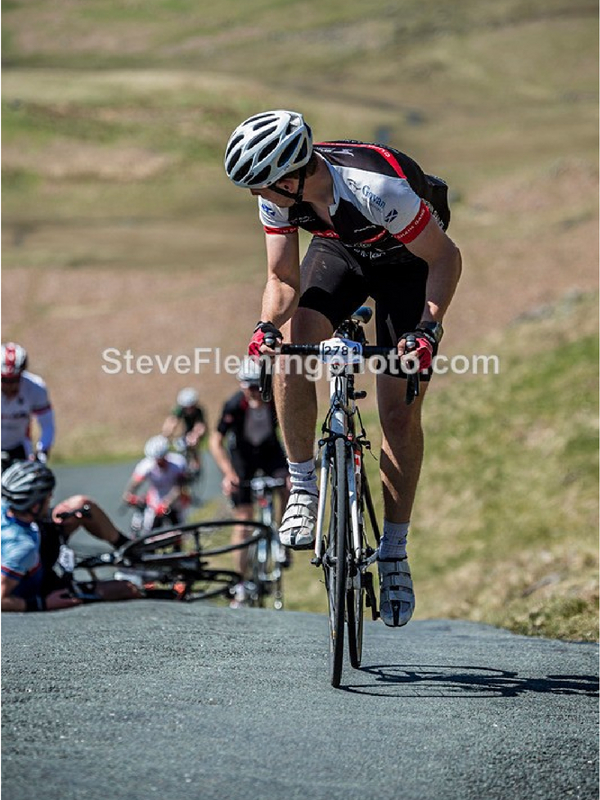 As you can see I was going ok, but came down to earth with a bump – although no real harm done!  The legs were turning a bit to jelly by this time, but we pressed on, completing in a time of 7.11.43 – so slightly outside of my aim, but on Duckworth/Lewis method, due to the enforced stop, I’m claiming a 6 hour 55 minutes! 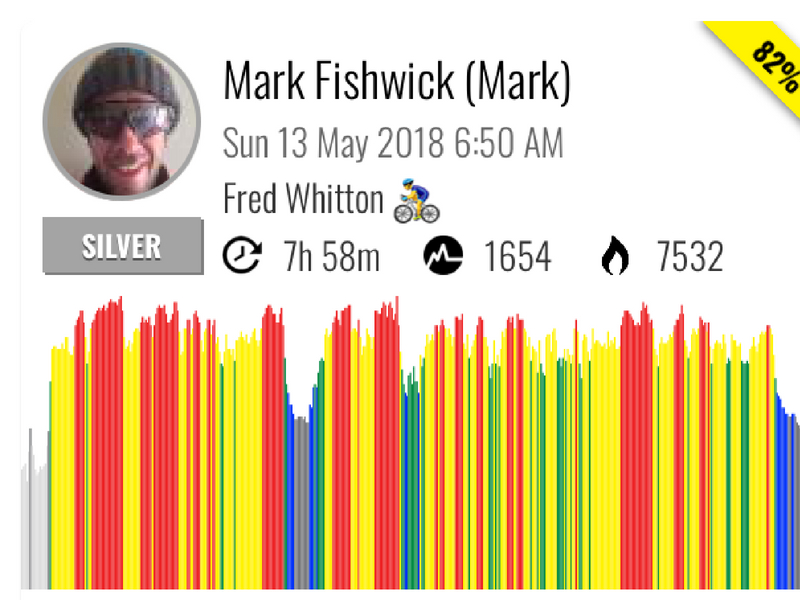 See also the MyZone band data, a feature provided by Low Wood Health Club.  The red spikes show when I was really working hard, and are mainly around the times of the big hills!!

My training for this year's event started the week that we heard we'd got places. Mark had said a couple of years ago that a good benchmark was to have ridden about 1,500 miles in training before the day. Given that the Fred Whitton is early May means that training takes part during winter/early spring. Which if you work a 9-5 means evenings in the dark and weekends. Thankfully with modern tech' it's possible to train indoors on an evening without having to set foot outside and also provides an alternative at the weekend if the weather isn't great.

Though the day promised to be ideal weather-wise the start to the day didn't quite go to plan as we set off from home late and got caught in event traffic. The knock on was that we set off around 7.30 am after most riders had left. 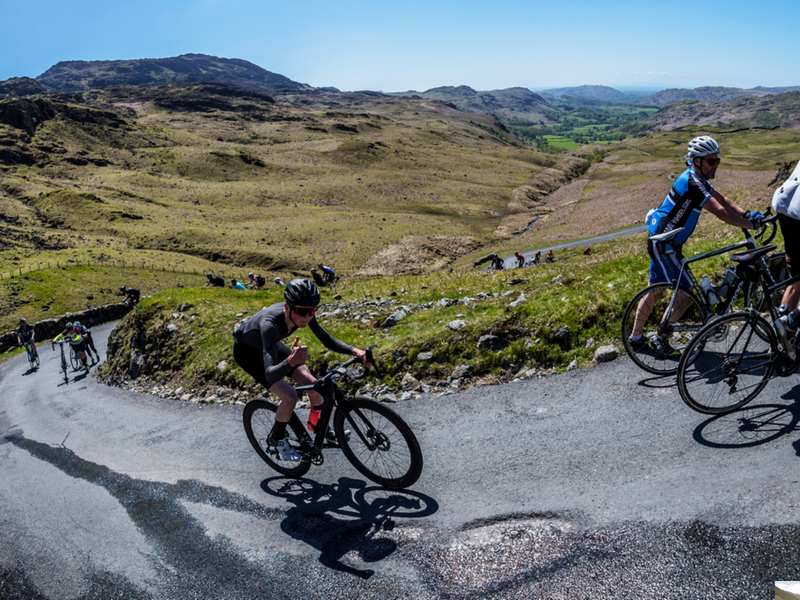 Throughout the course spectators provide much appreciated encouragement and it was nice to see Simon Berry and friends at Troutbeck. 'The Fred' attracts a broad range of abilities, ages, levels of fitness  and it's inspiring to see riders who you may not expect to see 'having a go' and it's cheering to see the same people milling around the event tents in Grasmere post ride after 'a good effort'!

This year's Fred Whitton was great in so many ways but best of all was being able to ride with Samuel, or in reality sit on his wheel!!