Lancaster House and All That Jazz


Each month the Sandeman Bar at Lancaster House are hosting an evening of live Jazz music. We will be featuring a selection of the best musicians and singers in the region. We'd like to introduce you to four of the bands appearing over the next few months ... 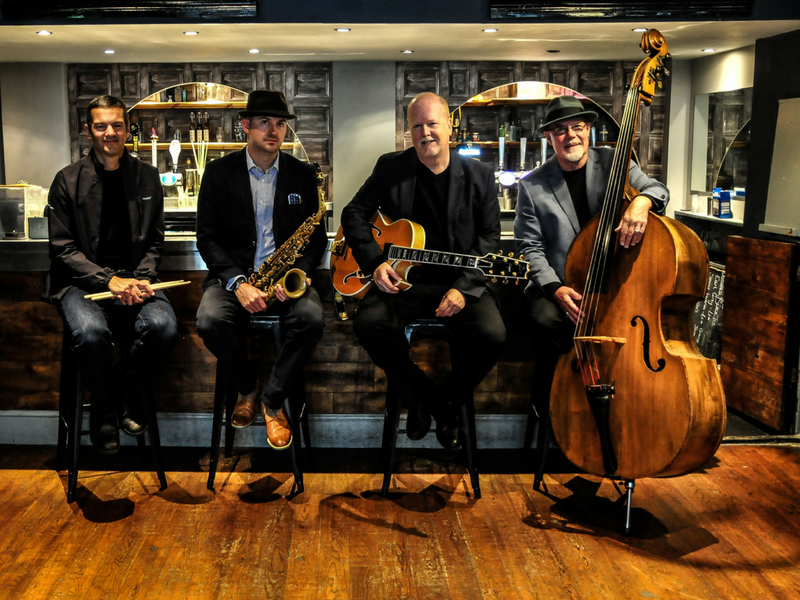 The Luca Brasi Four is a Lancashire-based quartet, playing high-octane, straight-ahead swing, be-bop and blues in the spirit of Charlie Parker, Miles Davis, John Coltrane and the great post-bop Blue Note sides of the 1960s.  The band formed out of a series of live performances in 2015 and can be heard in jazz venues and festivals all over the region. 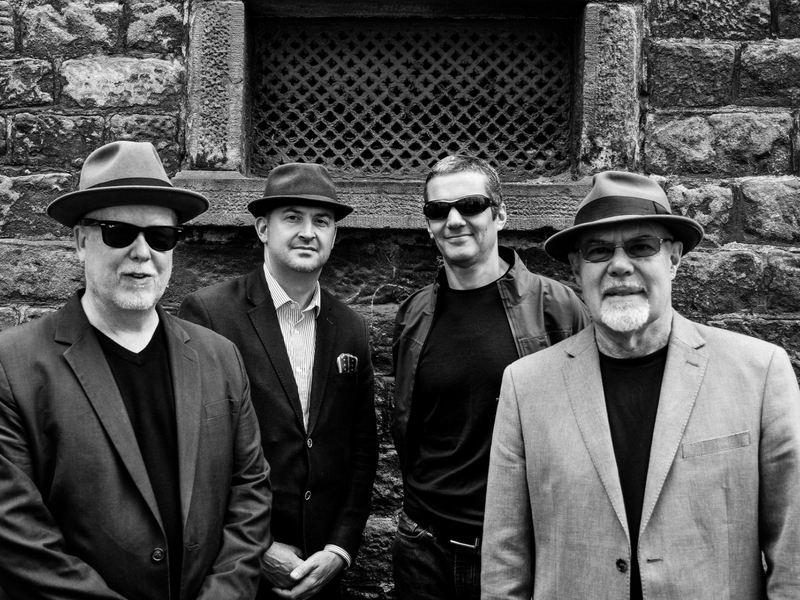 Alto saxophonist James Bell leads the line. He is a music teacher who played in a variety of bands at college and then at University. James is strongly influenced by Charlie Parker as well Miles Davis and Wayne Shorter. 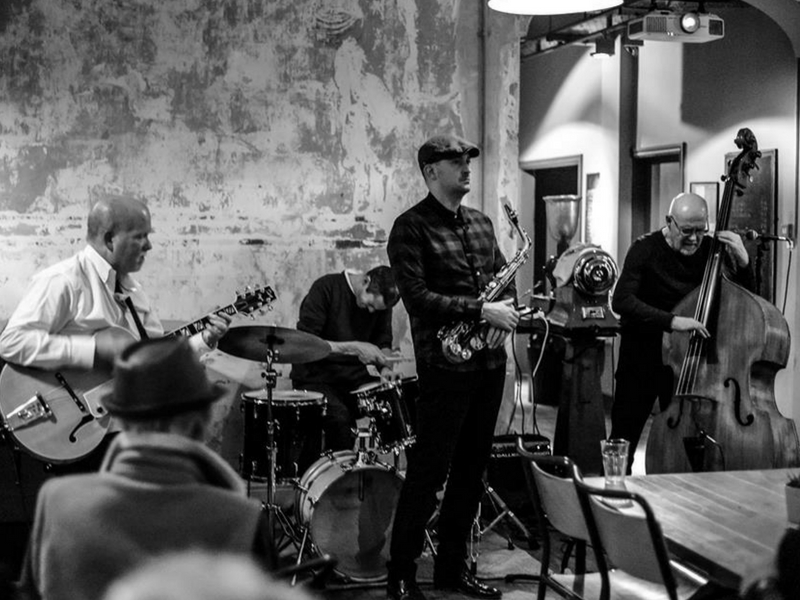 Originally from California, guitarist Tim Hickman studied music performance at the University of Oregon with Don Latarski, then with Sid Jacobs in Los Angeles and Trefor Owen in Manchester.

Bassist Ken Johnston is a Londoner by birth. He comes from a long line of musicians and has lived in Lancaster for 20 years, where he studied Bass with Laurence Canty.

Drummer Richard Rushton, hails from Australia and played in several pop, jazz and funk bands in Sydney before moving to Lancaster.  His playing is influenced by the drummers who played with Miles Davis over the years - Max Roach, Tony Williams, Jack Dejohnette and Al Foster - as well as Elvin Jones and Paul Motian. 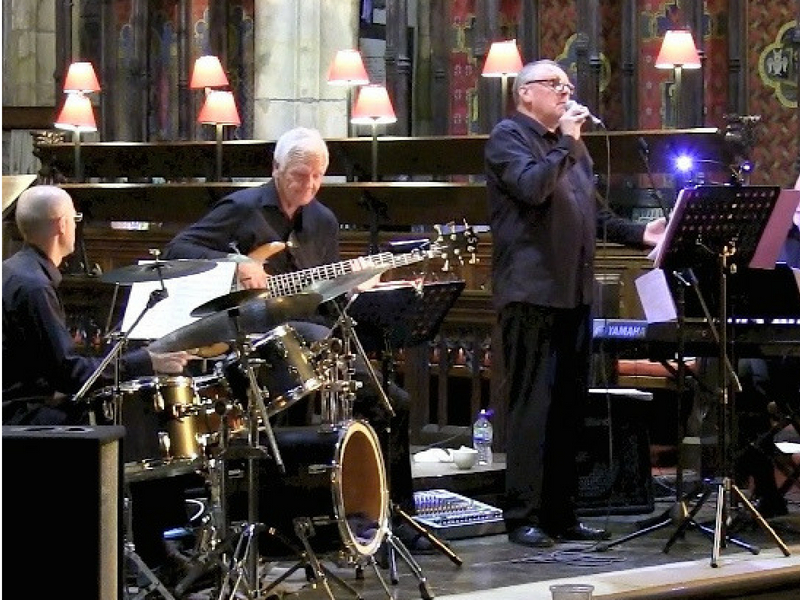 Ian and Gary met back in 1985 and discovered they had a mutual love of jazz music and the classic American popular song. Ian played piano and Gary was a singing drummer. Blue Moon was born.

“We worked for over 20 years performing for jazz audiences as well as playing dinner dances and functions.  Around the end of the noughties we pursued, separate musical projects, and Blue Moon took a sabbatical”. 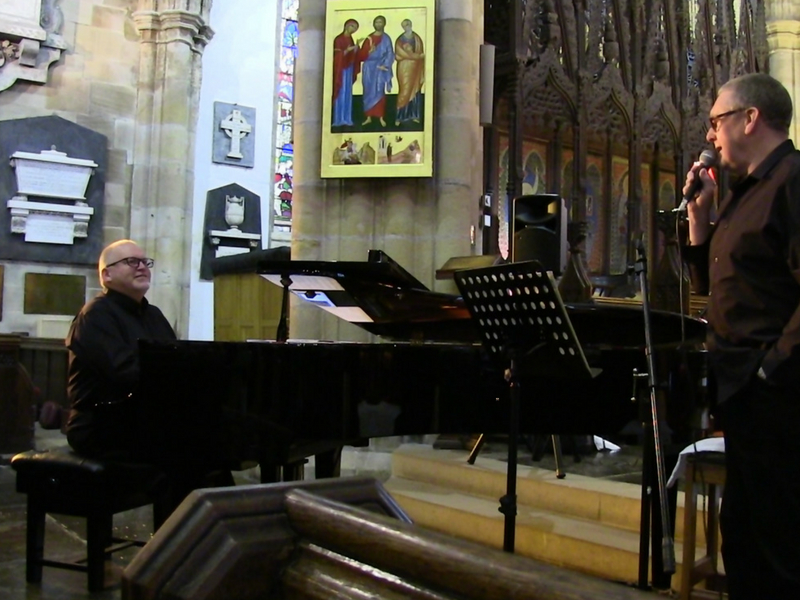 “However, last year we got a little bit nostalgic and decided to revisit the classic American popular song and jazz standard repertoire. Blue Moon was re-formed and we once again play around the North West at festivals and concerts. Sometimes it is just the two of us, piano and voice, but we also call on fellow singers when we require more of a band sound, keyboards, bass, drums and vocal”. 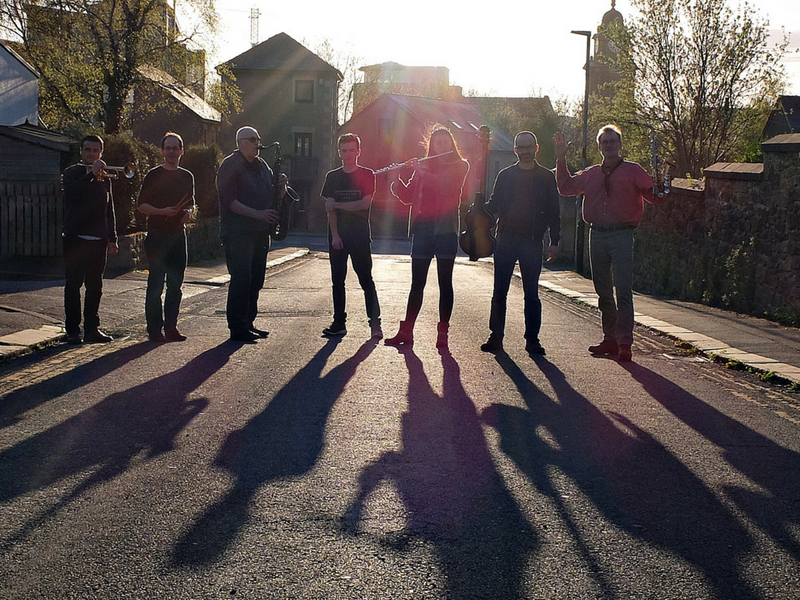 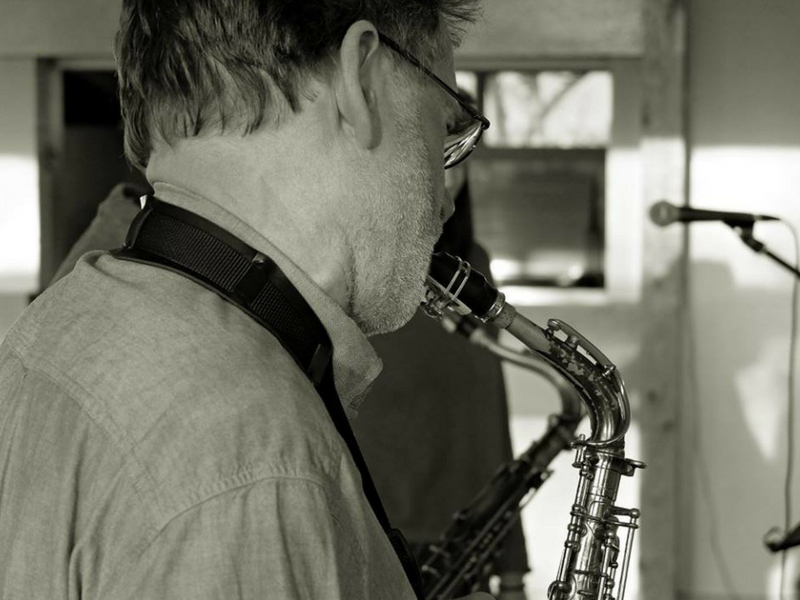 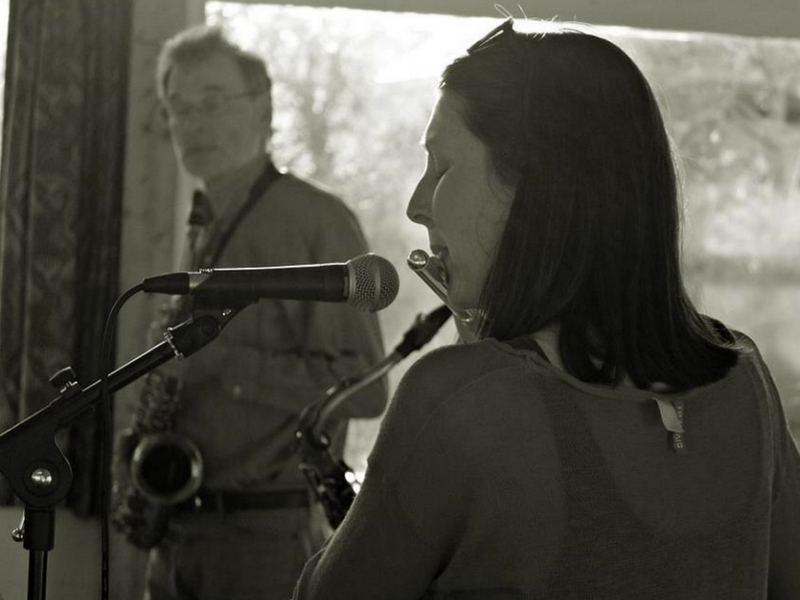 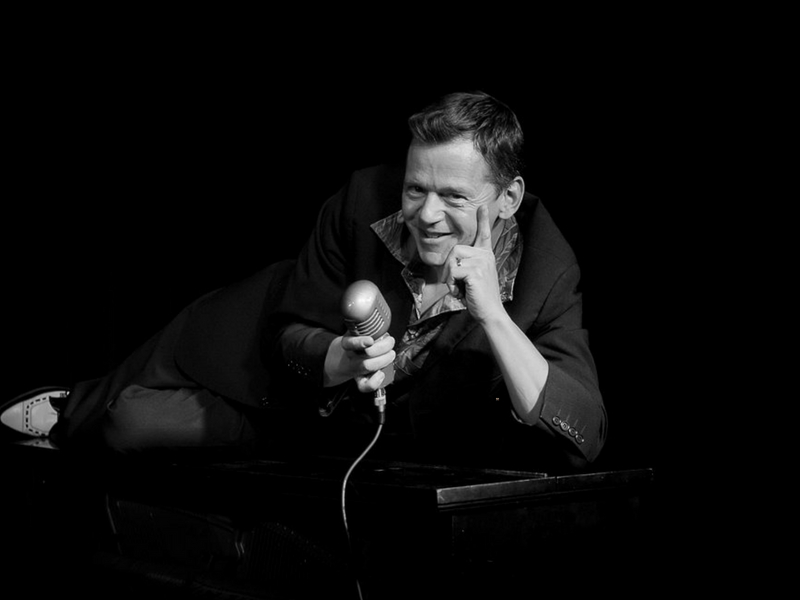 Pianist and singer Bill Roberts brings you a trio of some of the best known and well-loved musicians in the area.

Jon Moore, on guitar, has played tours of major venues and festivals all over the world. He also has his own Gypsy jazz style outfit, Hotcha.  Drummer, Andy Smith, is widely regarded as one of the finest drummers in the area, and always in demand as a gigging musician.   With such a great line up expect an evening of jazz classics plus some great swing and jump-jive numbers to get your feet tappin’ and fingers snapping! 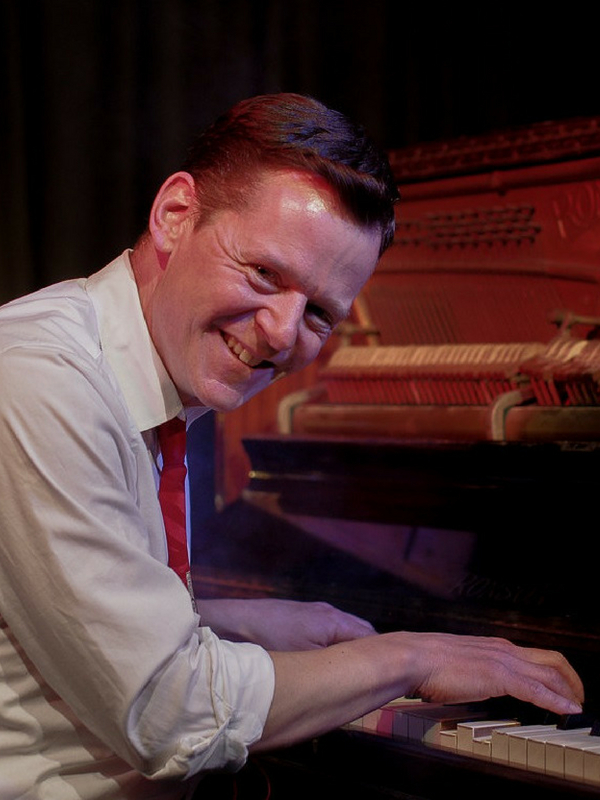 Boogie Bill has duetted with Jools Holland and has toured the UK, Europe and the States with legends such as Otis Grand and Pete Special. 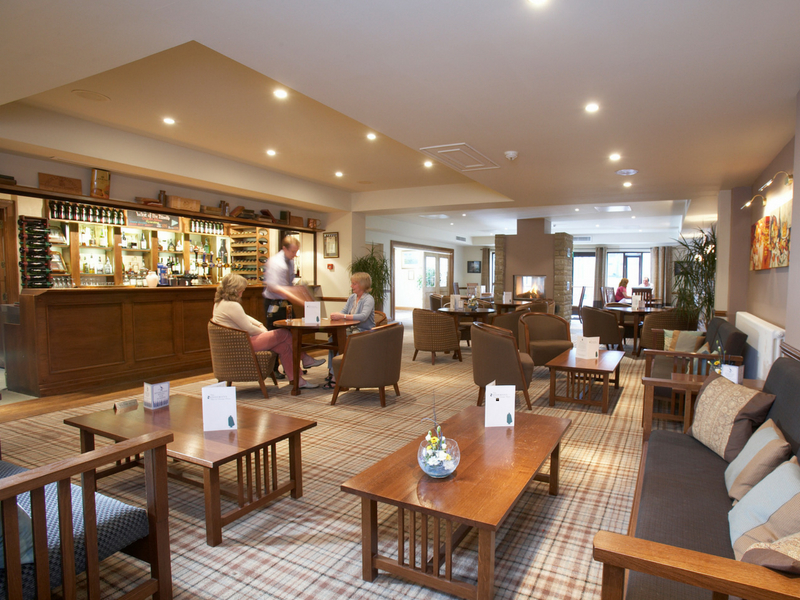 The monthly Jazz evenings are hosted in the laid back atmosphere of Lancaster House Sandeman Bar and start at 6.30pm through until 9.00pm. These events are FREE of charge. If you would like to find out more, please contact Lancaster House on 01524 844 822.