Fishermen are renowned for bragging about the one that got away. In a similar vein, Joan Collins had a near miss with a movie about a giant Pike at Low Wood Bay. 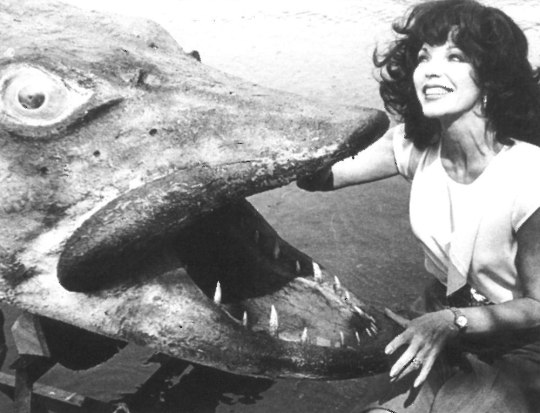 Joan Collins checked in at Low Wood Bay in May 1982 to wow journalists and photographers for the finale of the press tour for a motion thriller called ‘The Pike’.

Former English Lakes Chairman and Managing Director, Michael Berry, recalls the details in his book about the history of Low Wood Bay… 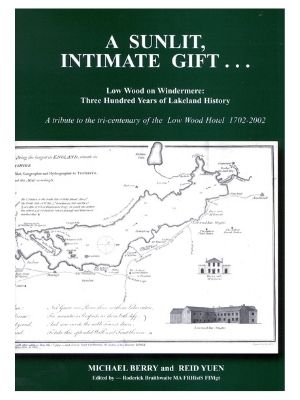 A very enterprising Mancunian, having seen the American thriller Jaws, decided if the New England coast of the USA could have a man eating fish, why not Old England, and if England, why not Windermere and what was big in Windermere? – PIKE. His name was Chris Twemlow. Chris made contact with Low Wood Bay and much pre-planning took place.

He had a firm in Ulverston make a 12 foot pike and inside it was installed a radio controlled motor to propel the fish on the water’s surface. All was set for the great day. City Major Ltd. were to produce, Joan Collins and Jack Hedley were the stars and stayed at Low Wood for some three days.

The opening scene of the film would be a lone fisherman sitting on Low Wood’s northern pier with legs dangling over the jetty side. The camera was to be the eyes of the giant pike looking north to the dangling legs. The camera was to move faster and faster to its prey, and the music, a la Jaws, similarly. There would be a great crescendo, a swirl of water, utter silence and all that was to be seen on the bloody surface of the lake was the fisherman’s hat.

Sadly, (as we are sure it would have gone down in history as a cult movie, at least for the comic value) the 12 foot robotic Pike refused to perform. There was no rearing out of the water, rolling of mad eyes and glimpses of razor sharp teeth. Instead, it lay flaccid and unmoving, more dead goldfish than man-eating pike. Despite the author diving in to help it along, the fish refused to budge. It was over before it had begun.

To our knowledge, nobody knows where the robotic killer pike ended up. If you know, we'd love to hear from you. There were rumours that it had been acquired by someone who operated a mini-sub on Windermere. Bownessie perhaps?! Low Wood Bay Watersports Centre are, however, the proud owners of the life size fibreglass model of The Pike that was produced at the same time as the robotic version. It is displayed nose down as our catch of the day - the one that didn’t get away. 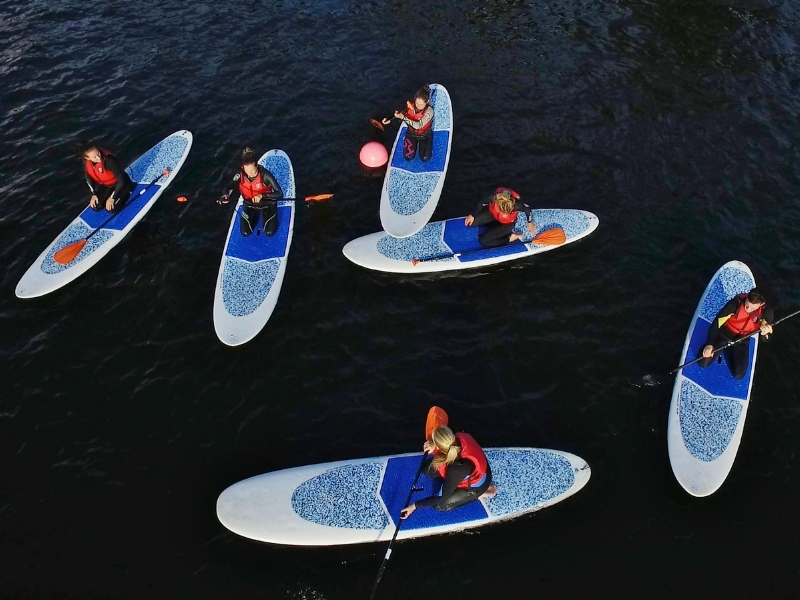 We'd like to assure our guests and visitors to Low Wood Bay that there have been no giant 12' killer pikes spotted here since that day in May 1982. We are very confident that you can book your water sports session and enjoy a fun day on the lake, without fear. For more information on what's available, take a look online, or 'phone the team on 015294 39441.