Cocktails at The Midland's Rotunda Bar


Planning an evening of cocktails with company at The Rotunda bar follows the footsteps of glamorous fashion icons such as Coco Chanel, who reportedly enjoyed The Midland's hospitality. 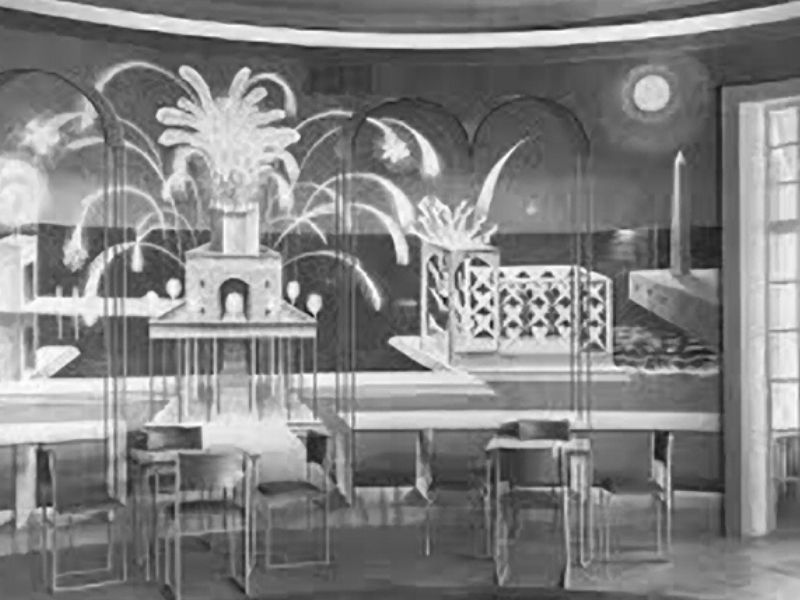 How the Rotunda Bar looked in Coco Chanel's glamorous era

Ms Chanel was known to say, "A girl should be two things: classy and fabulous". Many other celebrities of their day in music, film, comedy and dance were guests at the hotel - including Eric Morecame and Ernie Wise, Guy Mitchell, Trevor Howard and Tommy Trinder.  More than likely, they enjoyed the choice of cocktails on offer.

Cocktails have been enjoying a sophisticated renaissance since before the early 2000s and have got more creative and exciting as the years progress. Perfect for a dress up night on the town with friends. However, they weren’t always regarded with such warmth or enthusiasm, and were even looked down on as an inferior tipple, as their name reveals. 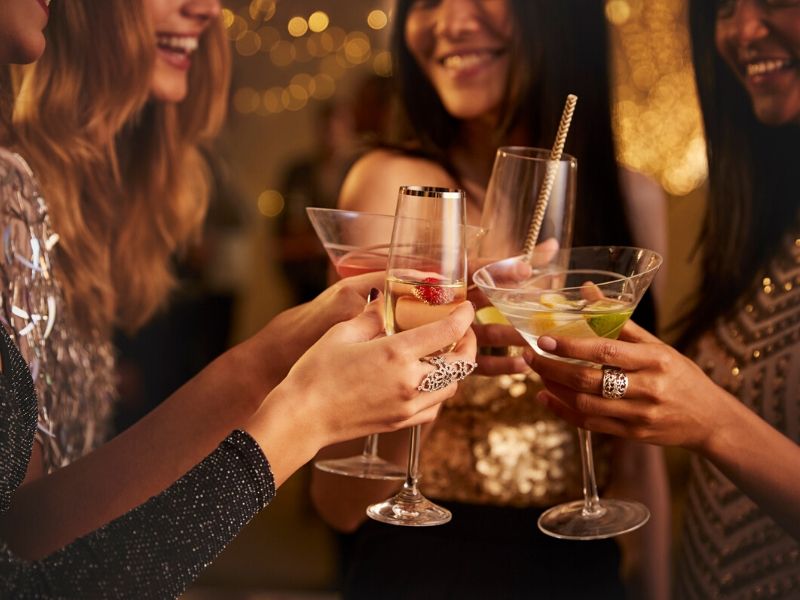 In the ‘bad old days’ it was common for a horse that was not a thoroughbred to have its tail docked, showing to the world that it did not quite make the grade. They became known as cocktailed horses, a phrase that became shortened to cocktails. By association, the word was then applied to men who were raised above their social station – or somebody lacking in gentlemanly breeding. By the early 1800s the name was applied to liquor, but of an inferior quality as it had been diluted and was therefore not ‘purebred’.

In 1806, Harry Croswell, the editor of The Balance and Columbian Repository answered the question, What is a Cocktail?

“Cock-tail is a stimulating liquor, composed of spirits of any kind, sugar, water, and bitters … it is supposed to be an excellent electioneering potion, in as much as it renders the heart stout and bold, at the same time that it fuddles the head. It is said, also to be of great use to a democratic candidate: because a person, having swallowed a glass of it, is ready to swallow anything else”.

The first recorded cocktail party was allegedly hosted by Mrs. Julius S. Walsh Jr. of St. Louis in May 1917 inviting 50 guests to her home on a Sunday at mid-day. 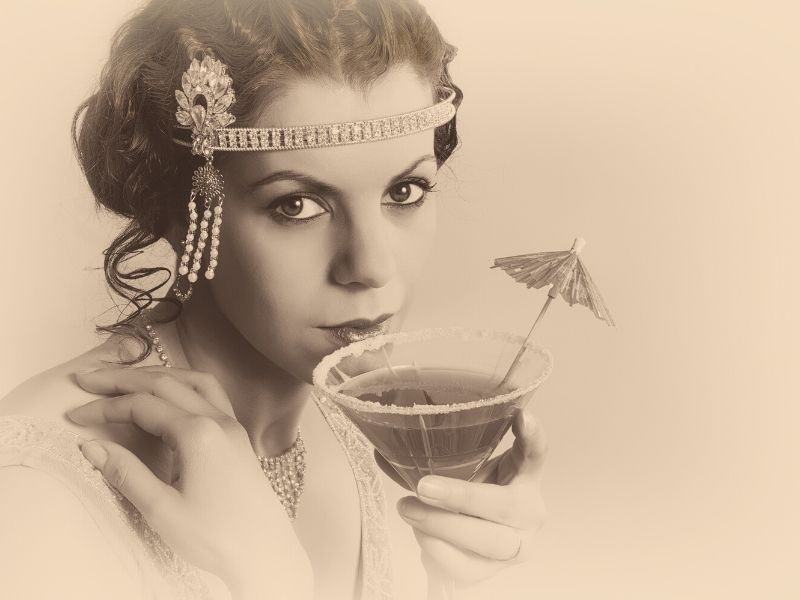 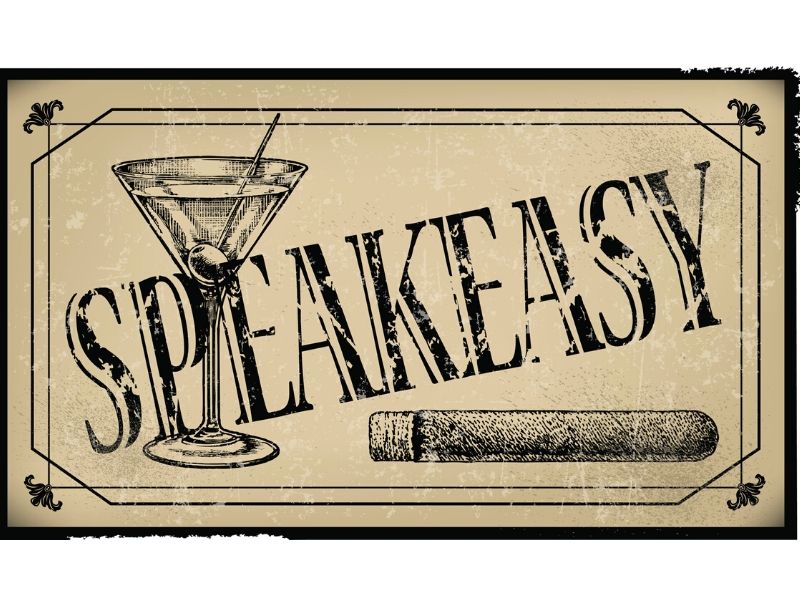 During Prohibition, 1920–1933, only bootleg liquor was available and was sold at the illegal Speakeasy establishments. The taste was so repulsive that it needed to be blended with other liquids in order to camouflage the flavour – certainly a form of cocktail, but not quite the glamourous reputation that it had previously started to earn. When Prohibition was repealed, those that could went back to their Martinis and Manhattans, and cocktails began to embody style and sophistication once again. 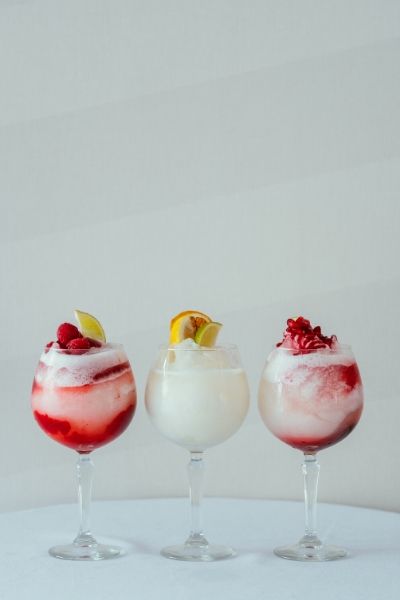 Cocktails at The Midland

The 1960's Hippie culture put a dent in the cocktail’s popularity, but in relatively recent history it started its ascent once again. In the 1988 film Cocktail, the choreographed scene where Tom Cruise and Bryan Brown make bottles and ice fly to the sound of Hippy Hippy Shake did wonders for the image of cocktail drinkers. Fast forward a few years and Carrie, Miranda, Samantha and Charlotte, cocktail-sipping Sex and the City characters, sealed the deal. 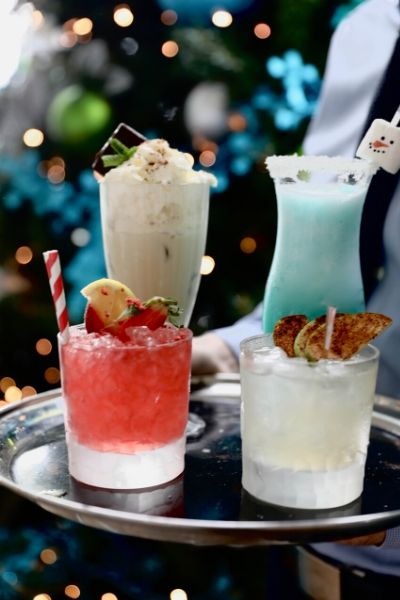 Christmas Cocktails at The Midland

Today there is not only a steady following for traditional cocktails, but also a flourishing cocktail culture with huge numbers of ingredients and complex flavours. Mixology is now regarded as an arts and craft subject and is an accredited professional course of study. The era of cocktails is certainly still on the rise. 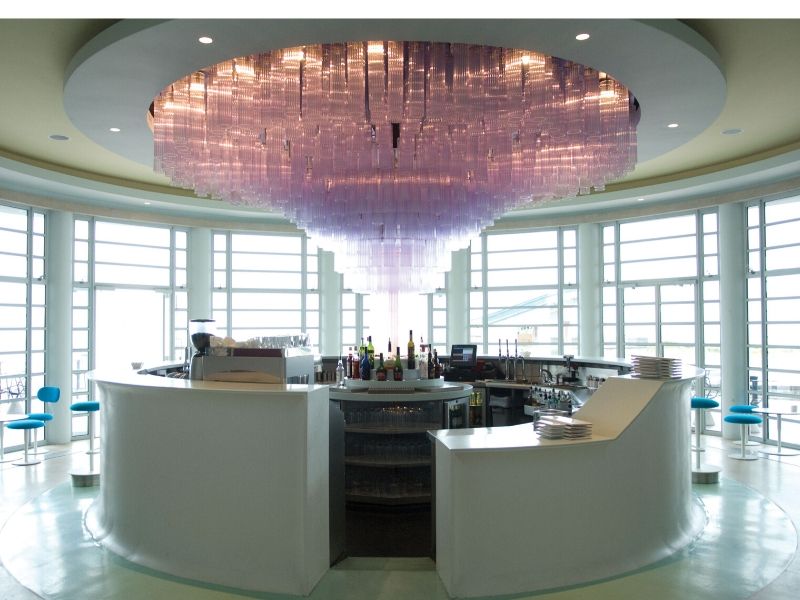 Rotunda Bar at The Midland

Cocktails at The Midland's Rotunda 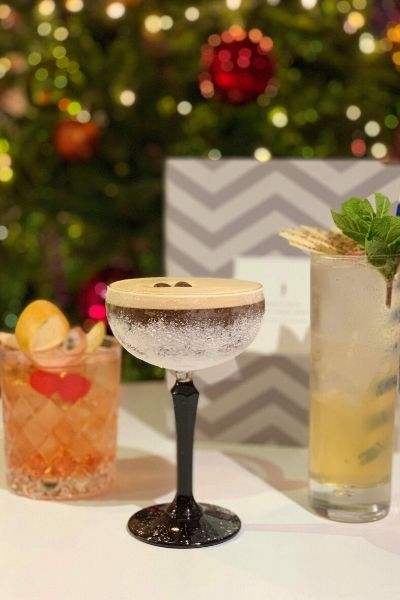 A selection of Christmas Cocktails at The Rotunda

Cocktails at The Midland's Rotunda Bar transport you to a colourful Art Deco age that is both fun and sophisticated. With over 36 cocktails on the menu you will find something just right for you. Our selection above includes  Hazelnut Espresso Martini, Seville Negroni and Pear, Hazelnut and Chocolate Collins – to name just a few. If you can’t find what you’re looking for our Baristas will be happy to get creative on your behalf.