Ben is the fifth generation of the family to be welcomed onto the Board of English Lakes Hotels, Resorts & Venues. He follows in the footsteps of his Grandfather, Michael, his Dad, current Chairman and Managing Director, Simon, and his Uncle Tim. 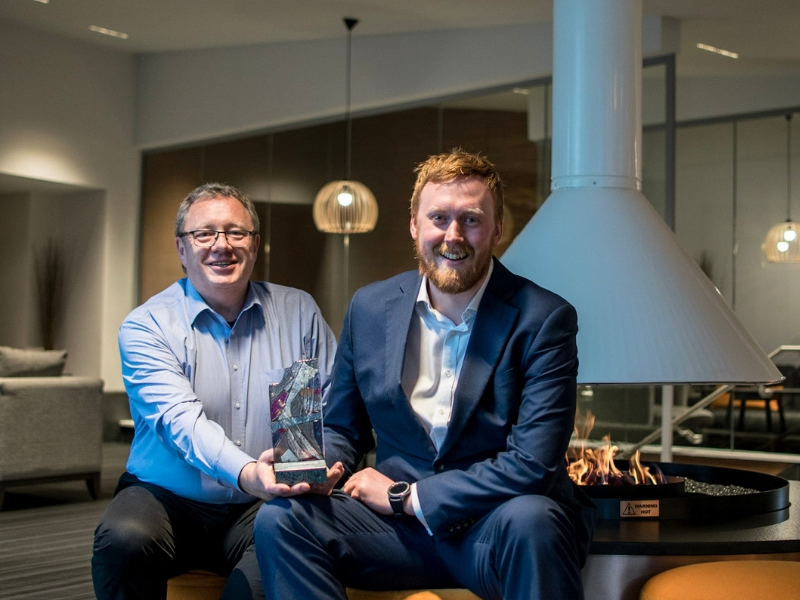 Employed by the company as Executive since 2011, prior to that Ben had already fulfilled roles in Sales, Reservations, Low Wood Bay Health Club and the Watersports Centre. His new responsibilities are as Sales and Purchasing Director. Ben also represents Windermere on Cumbria County Council, as well as SLDC where he leads the Conservatives.   We interrupted his busy schedule to ask him a few questions about growing up in The Lake District, family, politics, his vision for English Lakes Hotels and his love of beans…

What are your first memories of English Lakes Hotels?

I was fortunate to spend my earliest years living in ‘the Bungalow’ on the Low Wood Bay site. Being footsteps away from the Health Club and swimming pool, I have fond memories of children’s Splash Time birthday parties where we were joined by Sam the Dog and his friends. I also remember Pappa’s Pizzas at Waterhead, a revolutionary idea at the time, where children created their own pizzas. 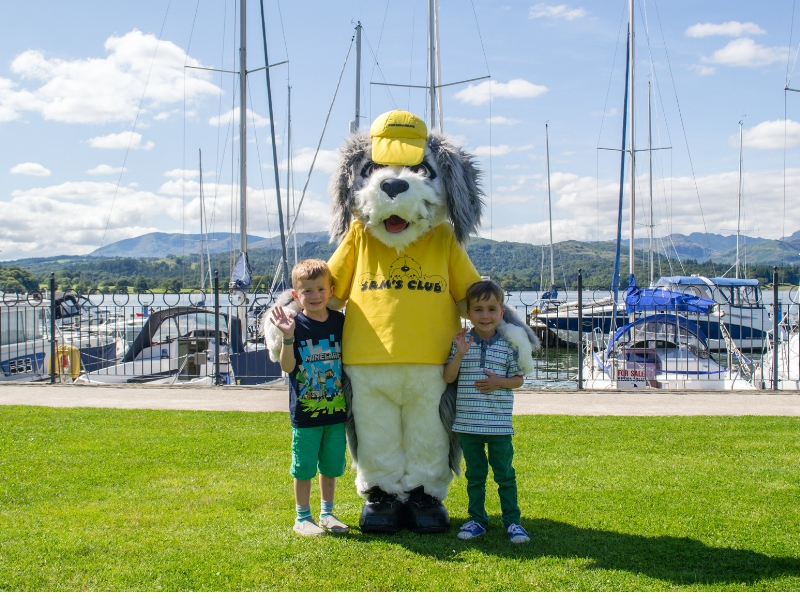 You’ve obviously always had your choice of great food, but we hear you have a particular penchant for chips and beans

Dad used to take us for Sunday lunch at The Wild Boar a LOT! At that time there were very limited options for vegetarians. Let’s face it, it probably isn’t the place to go if you have any tendency towards meat aversion. So, having firmly tied my young meat-free principles to the mast, my lunch would be heated up leftover beans from breakfast, with chips on the side. It kind of stuck and it’s become my signature dish. 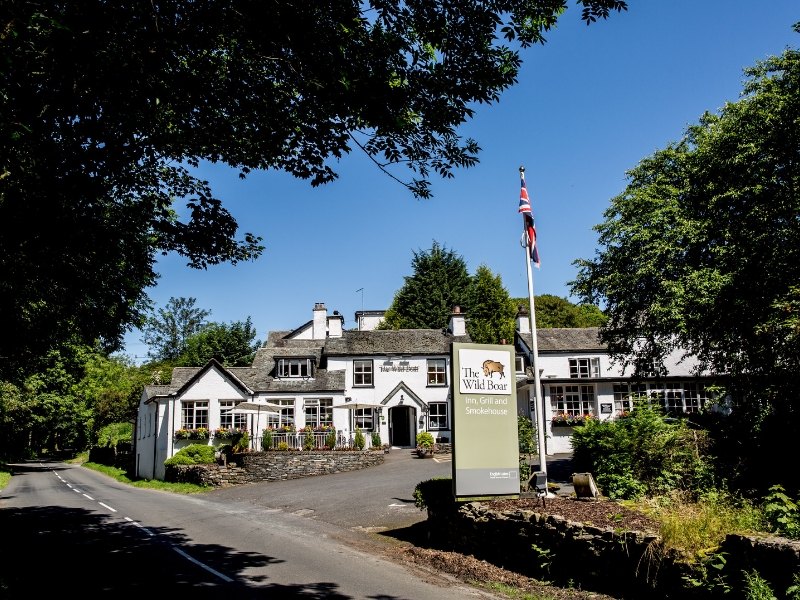 I became vegetarian when I was seven when my Grandad took us to a ‘choose-your-own-live-lobster-for-tea’ restaurant in the USA. I just couldn’t reconcile that the crustacean happily swimming around the tank in front of me, and looking at me with its beady eyes, was about to sacrifice its life just to feed a hungry tourist.

To this day I maintain a fairly restricted breadth of diet. Not necessarily linked to vegetarianism, but it turns out I have a hyper-sensitive pallet – which is actually a thing. These days scientists call us ‘Supertasters’.

When you were four, what did you want to be when you grew up?

A postman. This was due to a love of Postman Pat and his black and white cat. Of course Pat lived just down the road in Longsleddale (aka Greendale), and the characters appeared remarkably familiar to many of our neighbours, so the leap of imagination wasn’t too hard to make. Sadly, I never did fulfil that ambition and it turns out I’m even allergic to cats! 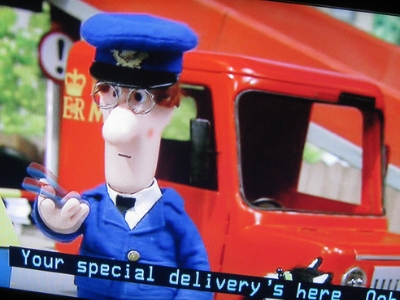 Tell us about your first foray into the Business world

From a very early age I was an enthusiastic entrepreneur. I love the efficient use of money. That doesn’t make me tight, just extremely currency creative. 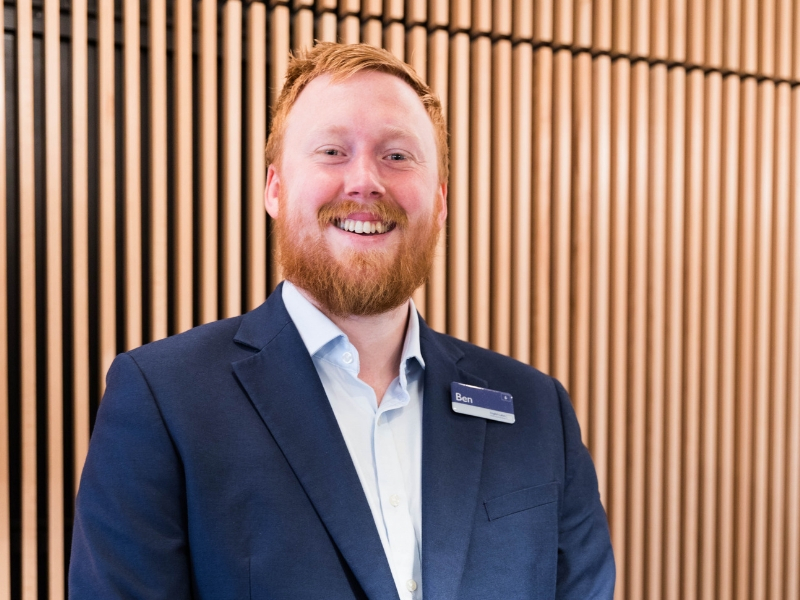 In Year 5 at school I bought a stock of fairly ordinary tin pencil cases from the local newsagents. After painting them, lending them a bespoke designer-look, I sold them to school mates and made a tidy little profit.

I was also involved in operating a tuck shop at school. For some reason the staff were quite perturbed and didn’t take to this entrepreneurial endeavour. However, they weren’t sure how, or why, to shut it down. So they stole (their word was ‘confiscated’) our stock. We managed to retrieve it (we called that ‘stealing it back’). That was a step too far and was labelled ‘bad behaviour’, and anyway we were ‘far too young to handle money!’

In 2005, when I was first able to vote, my Dad asked who I would have voted for. At the time I was, and still am, vehemently against the proposed speed ban on Windermere and declared I would vote for the independent candidate who was standing on the single issue of stopping the ban. This was my first lesson in tactical voting, Dad advising that voting for the independent candidate would be more likely trigger a Lib. Dem win, who were in favour of the speed ban, rather than the Conservatives, who were opposed. 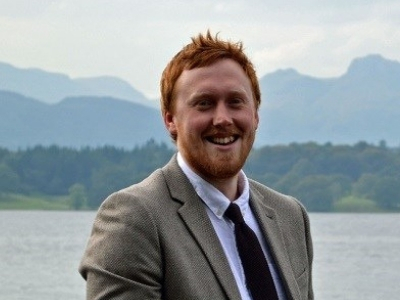 Before joining the Conservative party at age 18, I did lots of research into the policies of the various parties. I am a firm believer in enterprise, but also personal responsibility, which is a cornerstone of the modern Conservative party. One day our bins at home didn’t get collected. I attempted to contact our local Lib. Dem. Councillor about it, but I received no reply. That was the moment I thought, I could do better than that.

In 2011, I won the District Council seat of Windermere, Applethwaite and Troubeck. The following year I was promoted to the Shadow Cabinet of the Council’s opposition taking responsibility for Finance and Resources. Re-elected in 2015, I became Group Leader of the Conservatives in 2016.

How Do you Balance Work, Life and Politics?

It is a difficult balance. All of the SLDC meetings take place in the evenings, which means that I need a very understanding and supportive family. The County Council meetings are during the day but with only one meeting every two months it isn’t too hard to juggle especially as residents are quite happy to meet in the evenings. 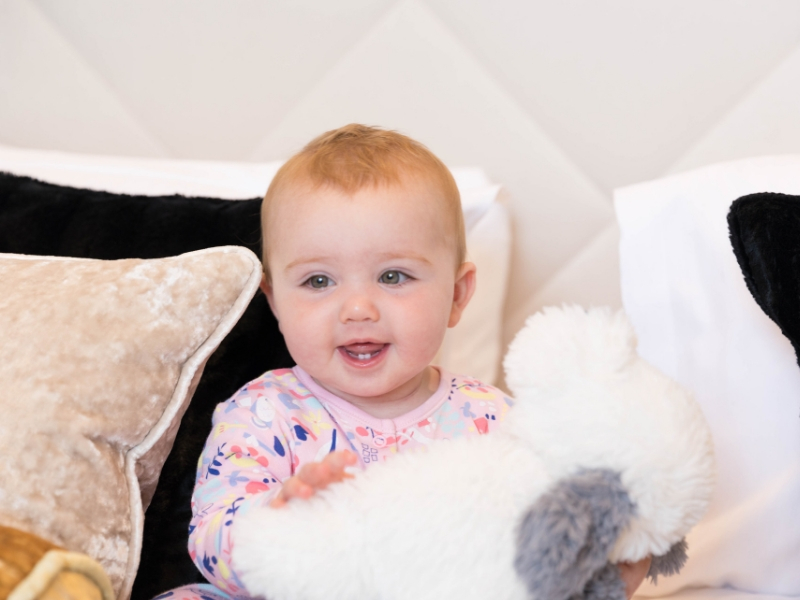 The newest member of the Berry family, Florence

For many years I’ve focussed on support for the community and working for the family business. Now with Katie, and Florence, I have my own family to look after. Of course, that is an additional blessing, but comes with additional time pressures. 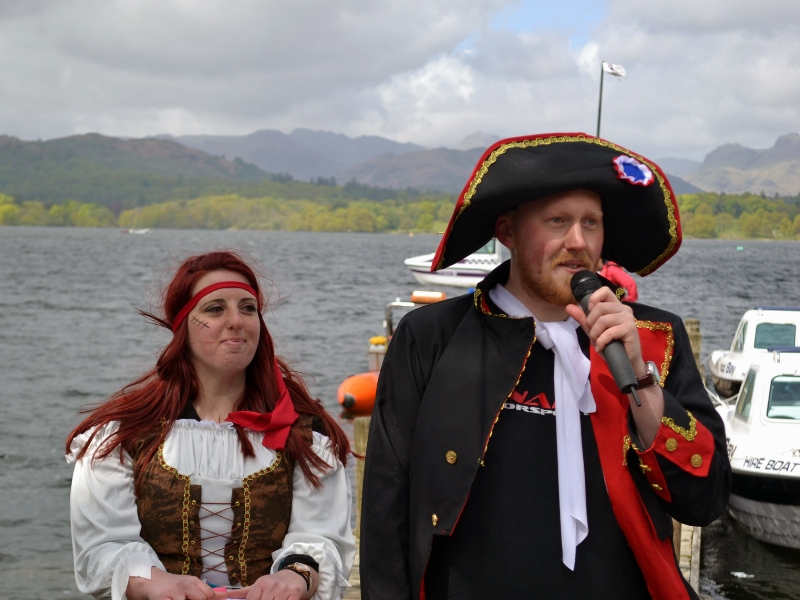 In terms of English Lakes Hotels, as a company we are committed to giving back to the community. We take the view that we can only be successful if our community is successful. Therefore, there are distinct advantages in being so close to the pulse of what is going on locally.

Your Vision for English Lakes Hotels?

My grandfather was awarded an MBE by the Queen for services to the Tourism Industry. My Dad has also had a significant part to play in ensuring that The Lake District takes its place as world-class tourism destination. These are big steps to follow. No pressure! 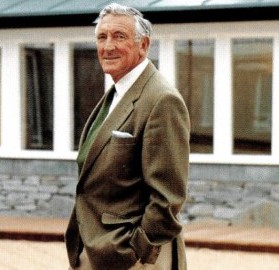 At this point – and this is something that we laugh about as a family - I do need to point out that many of my Dad’s best and most creative business ideas, over the last decade or so, have already come from me. Of course, that is something that he forgets as soon as he has, quite innocently, filed them under ‘another one of my great ideas’.  Several board members will corroborate this, as they, too, have had a few of their good ideas taken hostage by the Chairman!

With my serious hat on, part of the vision in the foreseeable future is to introduce incentives for guest loyalty. We want our guests to be ‘Raving Fans’ and I want to work with them to further improve the guest experience and incentivise people to keep coming back to our hotels.

There is also much to be done on ensuring that we are ahead of the curve in terms of technological advances in our industry and so I see that as part of my ongoing role. 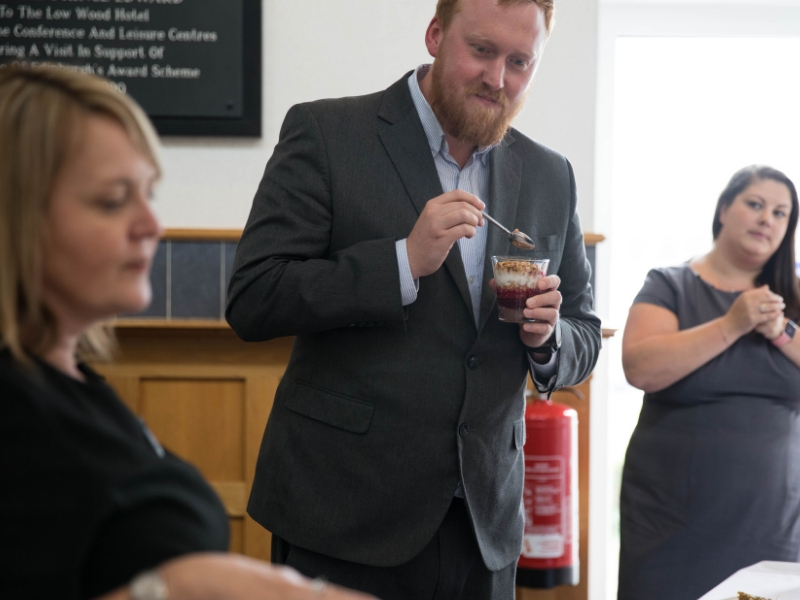 We have some amazing team members working at the hotels and I want to harness their creativity, knowledge and experience in a new way so I will also be working to reimagine the programmed +1 scheme to make it far easier for the great ideas of staff to be implemented.

Three words that best describe you...

Not. Good. At. Following. Instructions. 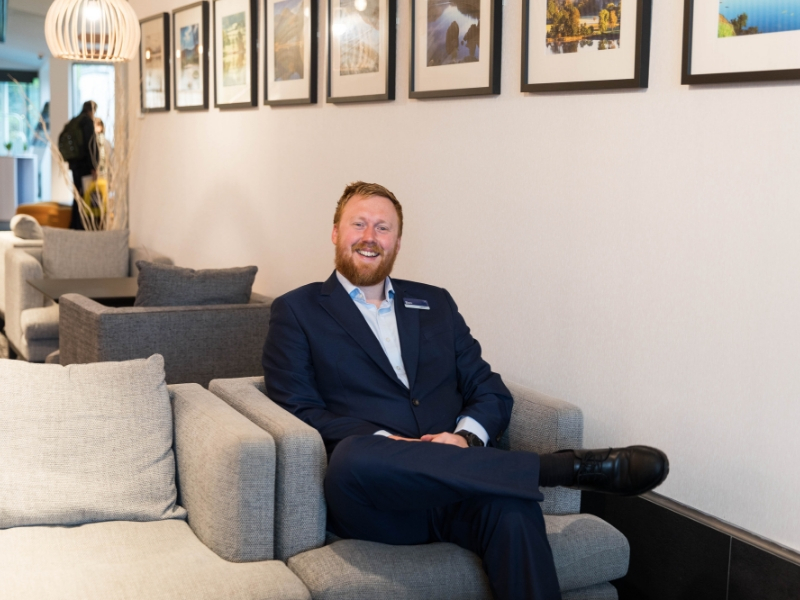 As a company we wish Ben our hearty congratulations and look forward with anticipation to all that he will add to the life of English Lakes Hotels, Resorts & Venues.