On 20th March 2020 we were due to host our annual English Lakes MRWB Awards lunch at Low Wood Bay. This was an opportunity to celebrate the superb achievements of colleagues who had excelled in their field throughout 2019. Our original plans were delayed as, on 16th March, the Prime Minister asked the country to stop all non-essential contact, and by 23rd March we were in full national lockdown.

However, good news stories still deserve to be told, and we are delighted that the recipient of the coveted English Lakes MRWB Award has been duly honoured at The English Lakes Board Meeting on 28th June 2022. 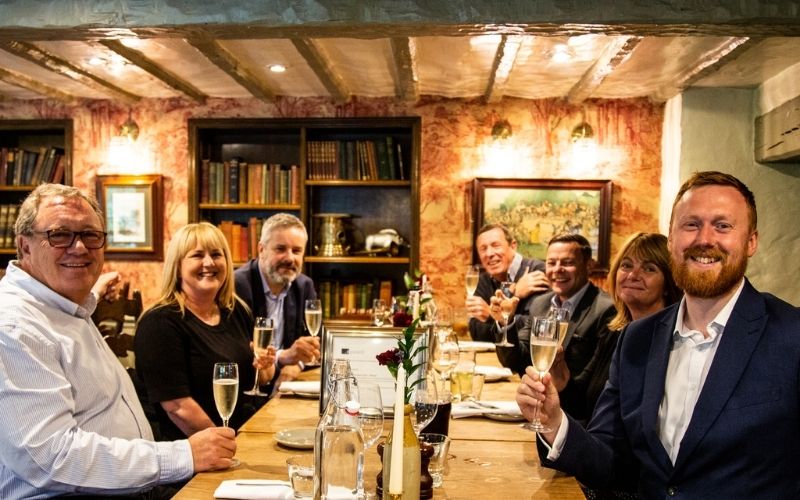 The annual MRWB Award is presented in memory of the late Michael Berry, previous English Lakes Chairman and Managing Director, and is given to the person who is deemed to have made the most significant contribution to the success of the company in the previous twelve-month period.

The 2019 MRWB award went to… Emma Underwood, the then Operations Manager, and now General Manager, at Lancaster House.

All potential MRWB candidates are nominated by colleagues, and carefully discussed by the Board of Directors before they choose the winner for that year. This is what Emma’s colleagues said at the time…

“Emma is the person at Lancaster House who brings all the different departments together. In the last 12-month period she has qualified to teach Level 3 Food Safety and has already completed courses for colleagues across the group. She has helped oversee the success of our bid for the hotel’s Green Key award and all the initiatives involved in that. Emma also stepped up to the plate when Andy (then General Manager) was off after his operation, and she kept the hotel operating seamlessly. The hidden gem that brings us all together!”

During the pandemic, Emma was instrumental in helping to write and administer the operational protocol across the group of hotels, and helped to keep Lancaster House open to essential key workers. She was a most popular choice for General Manager of the hotel when the position became vacant in April this year.

"We are delighted to be re-instating the annual English Lakes awards. Emma is a very well-deserved recipient of the 2019 MRWB Award. Her achievements at Lancaster House and across the group have been inspirational to her colleagues, and recognised and appreciated by our guests."