In September 2021 Low Wood Bay hotel will switch over to electricity from its new Hydropower electricity scheme. This is the latest environmental initiative at the resort, designed to tap into a natural energy source on site, creating enough energy for about one third of our electricity requirements and further reducing our carbon footprint. 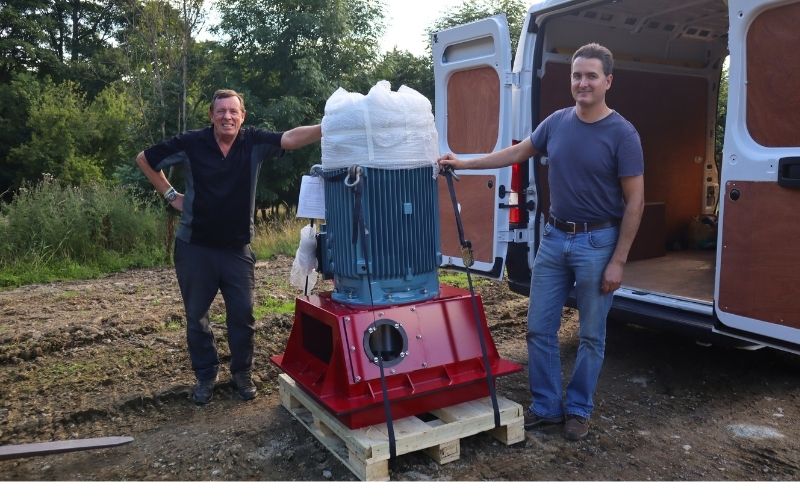 We have received invaluable help and support throughout this project from Roberto Sotgiu, Managing Director of Hydrolite Ltd in Wales. Rob’s engineering company manufactures the turbines required to generate the electricity and he has worked with many local farmers and smaller sites throughout Wales and other parts of the United Kingdom to establish sustainable energy from renewable sources.

An Early Love of Nature 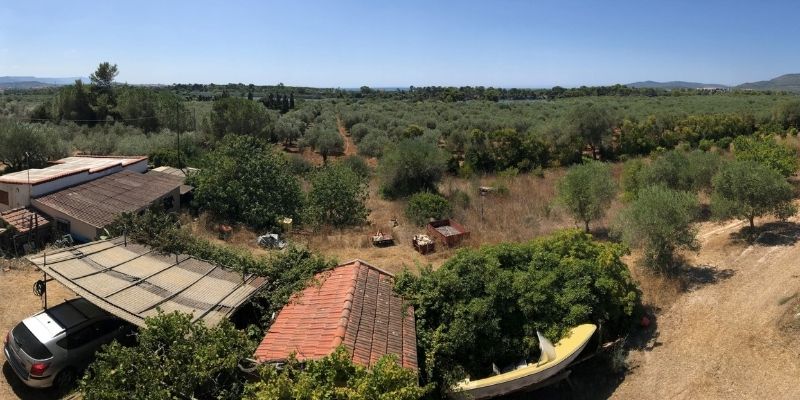 The Sotgiu family Campagna in Sardinia

I grew up in Sardinia with my brother and sister.  My mother is English and my father Sardinian.  Like most families, we lived in a tiny flat in town and had a plot of land just outside (called a ‘campagna’), which had been passed onto us from previous generations.  Dad loved growing as much as he could on the land.  We made our own olive oil and used it to preserve artichokes and sun dried tomatoes.  We had lemon, orange, peach and apricot trees and even a vineyard, and made half-decent wine.  Most weeks dad would bring home wooden boxes full of veggies, but we kids didn’t like these because we would have to spend ages washing the bugs off them!

I was lucky.  I had a great childhood and often look back at those years with great fondness and nostalgia.  Fresh organic food, good exercise and a simple uncomplicated way of life was something I took for granted when I was young.  These were the things that created the building blocks for what would become a love of nature and deep concern for the environment throughout my life.

The Study of Objects and Systems in Motion

Since childhood, I have been fascinated with how things work and would often disassemble broken toys to rip out the mechanical components, like those small dc motors and micro switches, that I would use to make something else.  Not all new toys worked as planned… and I learnt that plugging dc motors in the ac mains does not make them run faster! 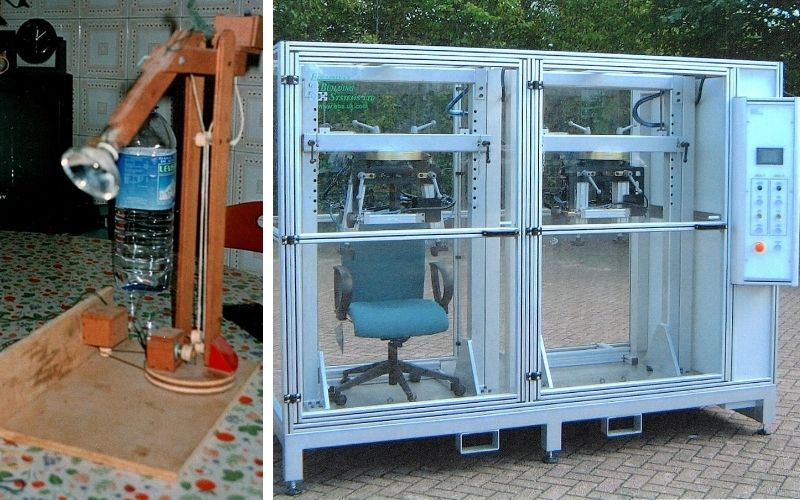 However, my mum knew that I had ‘the knack’ for engineering, just like Dilbert, so after high school I was fortunate enough to study mechanical engineering at Bath University in the UK.  I loved those years, especially the practical modules where we had to design and build something.  In my second year, for example, we had to engineer a toy dragster powered by a spring (the same given to all students) that would complete a 10m run in the shortest time possible.  I spent far too much time on the project, but the efforts paid off because Bob’s Bullet won the race!  I still have it, albeit in bits. 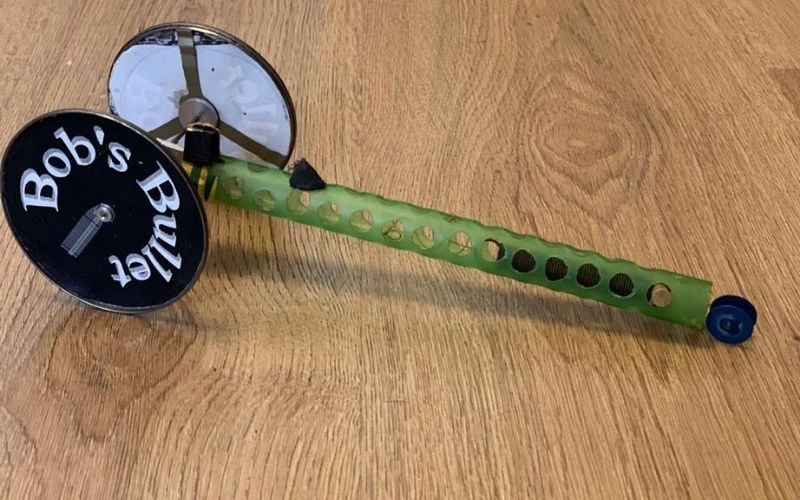 After graduation I stayed on in the UK and worked for the next eight years designing special purpose machinery for numerous manufacturing processes within different industries.  It was a perfect career for an aspiring inventor/maker because every project was different and involved a mixture of core engineering fields.

My love of engineering never wavered, but eventually I did start to kick against the monotony and regularity of a nine to five lifestyle. I was also mindful that after the age of 30, you could not obtain a yearlong working holiday visa for Australia and New Zealand.  It was then that I made the momentous decision for me at the time, to leave a good career and reliable income in order to explore a love of travel which I had inherited from my mother.  I handed in my notice, sold my car along with all my possessions, rented my house and bought a flexible round-the-world flight ticket.

Epiphany in the Antipodes 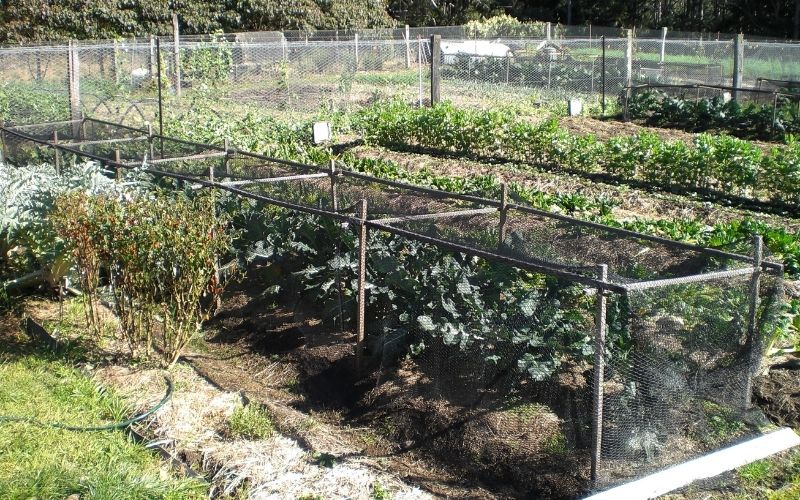 I travelled around the world for the next twelve months, visiting many amazing places, including Japan, South East Asia, Australasia and America.  In Australia and New Zealand I discovered the wonderful organisation of ‘Wwoofing’ (Worldwide Opportunities on Organic Farms) where I worked for food and lodgings on organic farms.  I was fortunate to meet the most amazing and influential people in my life. 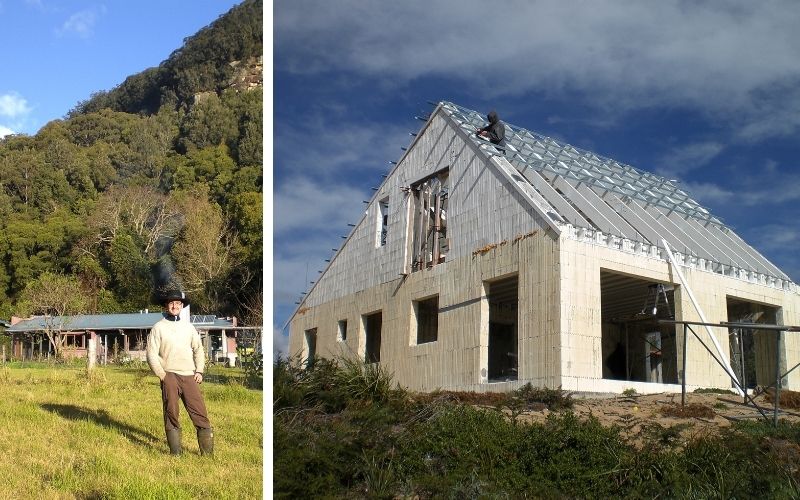 Roberto was influenced by people who were living completely off-grid

Amongst others, I met a scientist turned sculptor who singlehandedly built his own beautiful wooden house; a permaculture guru and his family, living entirely from their land; and a doctor in solar power technology, married to an architect who specialised in eco-friendly homes.  Most of them lived remotely and used one or more renewable technologies to power or heat their homes.  It was here that I learnt about off-grid living, rainwater harvesting, hot water solar collectors, ground and air source heat pumps, solar, wind and hydropower. This was a revelation to me, and something of an epiphany. These were experiences that would connect my love of, and concern for, the environment with my vocation as an engineer. It would also alter the course of my life from that point on.

Back in the UK, I made three decisions. Firstly, I would be master of my own time. Secondly, I would remain in the field of engineering, and thirdly, I would channel my skills and energies to help benefit others and the environment.

In 2008/2009 friends from the Brecon Beacons asked me to assist with their hydropower enterprise. They had pioneered The Green Valleys Community Interest Company (TGVCIC), an initiative to create small hydro power schemes across towns and villages in Wales, and generate income from renewable energy for small rural communities.  The introduction of the Feed-In Tariffs programme made many small schemes financially viable, thus fuelling the demand for micro hydro power equipment sub 100kW.  Hydrolite Ltd was born!  A lighter version of the full-blown industrial hydropower machines. 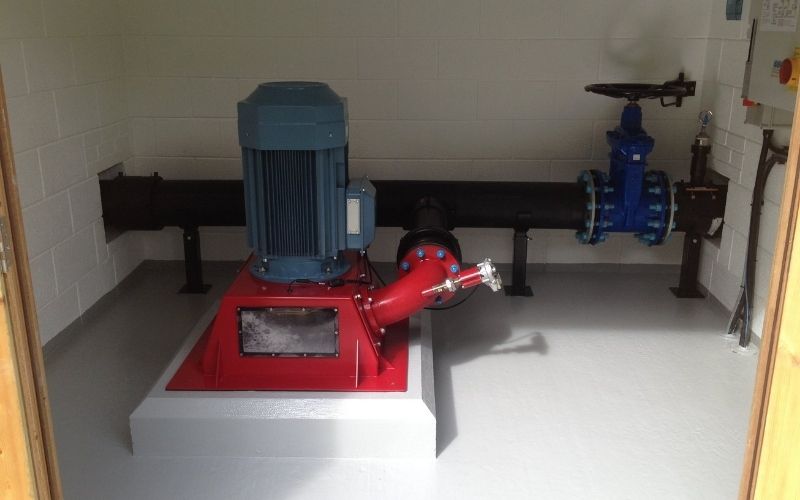 Initially, I helped TGVCIC with feasibility studies, working with farmers and landowners who were considering hydro-power schemes, as well as offering my technical engineering design skills to those involved in the build of the first few small turbines.  As demand for turbines grew, I decided to design my own modular range of products.  Most of the materials and machining are sourced locally to my workshop in Swansea, South Wales, and the control units are manufactured in Herefordshire by SCS Ltd.

Wales offers excellent prospects for hydro-power projects – hills and high rainfall being the perfect ingredients for success. The award-winning TGVCIC schemes have created interest from other parts of the UK.

Low Wood Bay resort has ideal conditions for a working hydro-power plant. I was invited to get involved in the project with a view to supply the equipment.  It is turbine number 102, model HLT-10-2SV5L, which means that it has two automatic spear valves of 5” (125 mm) pipework, and the generator is a six-pole, three-phase, induction motor spinning at around 1010 rpm.  With a net head of 85 m and an available flow of 85 l/s, the turbine is expected to generate 55 kW power.  I understand that this equates to roughly a third of the resort’s power usage. 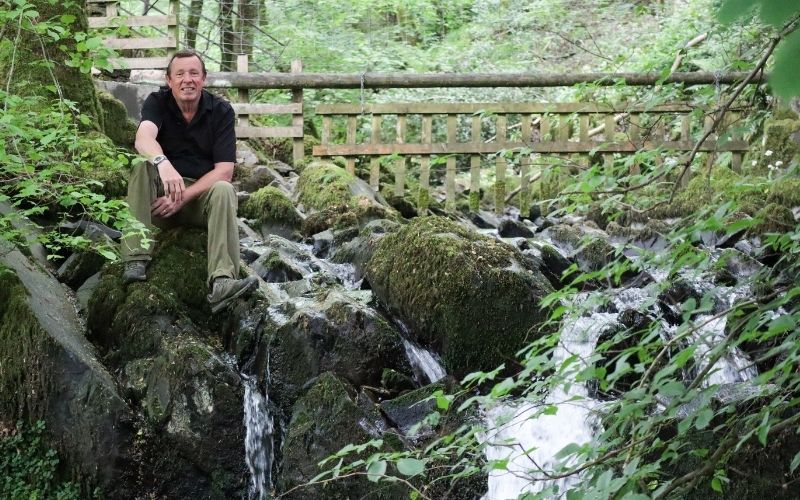 Guests at Low Wood Bay contributing to a Greener Future

It’s great that Low Wood Bay have chosen to harness the power of their stream available to them, because every customer who chooses to stay at Low Wood Bay is also supporting renewable energy, and we need to spread the word.  More renewable energy is needed and maybe more resorts/hotels will follow the lead of Low Wood Bay in reducing their carbon footprint.  For me, I will add 55 kW to the cumulative pool of renewable power generated by all my customers, which is roughly 2.8 MW, approximately the yearly usage of 2,900 houses - thank you Low Wood Bay! 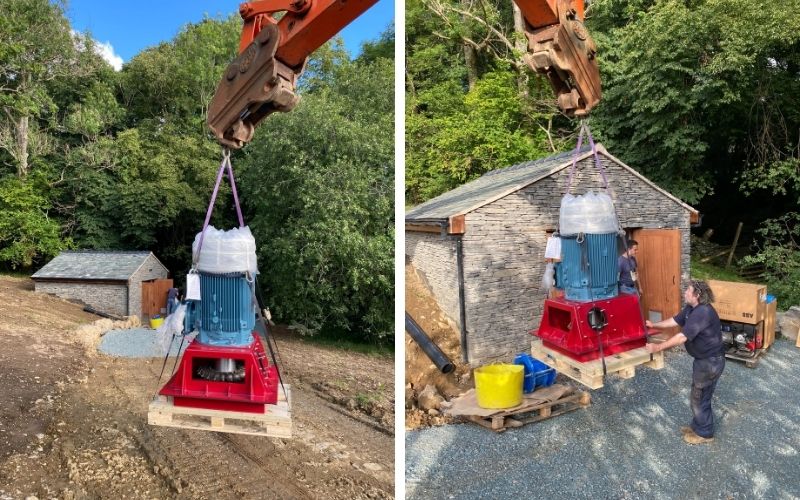 We are now at the exciting point in the project where we are awaiting the final G99 sign off test and the resort can start to enjoy the benefit of renewable energy.

It is my belief that we all need to do our bit for the environment and to reverse the unfolding climate emergency affecting our world. I chose to make my contribution in Renewable Energy, because it fitted well with my skills and life style. I don’t expect everyone to quit their jobs and start building small hydroelectric turbines... I wouldn’t appreciate the competition!  We can all just make environmentally-sound decisions, however small, to support the transition to a greener future.

As my partner and I prepare to welcome our first baby daughter due in February, I sincerely hope that we will not be passing onto her a world full of problems, but an exciting route to reverse climate change… and that she won’t mind washing the bugs off the organic veggies from our campagna!