Lake Windermere nestles right in the heart of the Lake District.

Rich in history and culture, it is surrounded by awe inspiring scenery and offers a wealth of attractions and things to do for visitors to this beautiful part of the national park.

We know what you're thinking, Windermere is not a lake. It's actual classification is in the name, a mere, but it's helpful to be able to distinguish the lake from the town of the same name. Having said that, Windermere is the longest body of water in England measuring 10.5 miles, and dotted with no fewer than fourteen islands. Surrounded by magnificent mountains, parkland, woodland and forest, it is no surprise that visitors flock to its shores. Most of the 15 million visitors to The Lake District each year enjoy some aspect of the lake’s beauty and charm.

Arthur Ransome, journalist and writer, attended school in Windermere, and later in life he and his family settled in the Winster valley. From there, Arthur penned many of the Swallows and Amazons series, based on locations in the Lake District. The books caught the imagination of thousands of young readers, including HM Elizabeth II, as they followed the Walker and Blackett families in their swashbuckling adventures.

William Wordsworth heralded the call to the Lake District, perhaps unwittingly, with the publication of the fifth edition of his Guide to the Lakes in 1835.  In 1847 with the extension of the railway from the market town of Kendal to the village of Windermere, the trickle of visitors to the area, previously on horseback or in horse-drawn carriage, was set to become a flood.

Another famous Lake District character was Alfred Wainright. Mountaineer and gifted artist, his love of walking in the Cumbrian hills led him to publish his Pictorial Guide to the Lakeland Fells. Meticulous hand-drawn maps and panoramas of 214 mountains and hills across the region are still used by many visitors to the area. Indeed, there are an increasing number of Wainright Baggers intent on ticking off all 214 peaks. 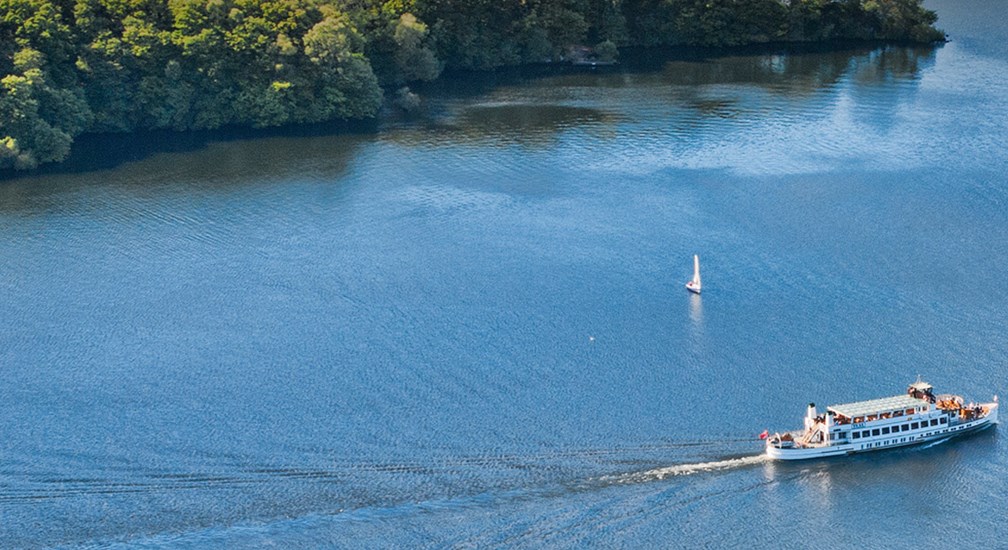 A Birds Eye view of a Cruise on Lake Winderemere 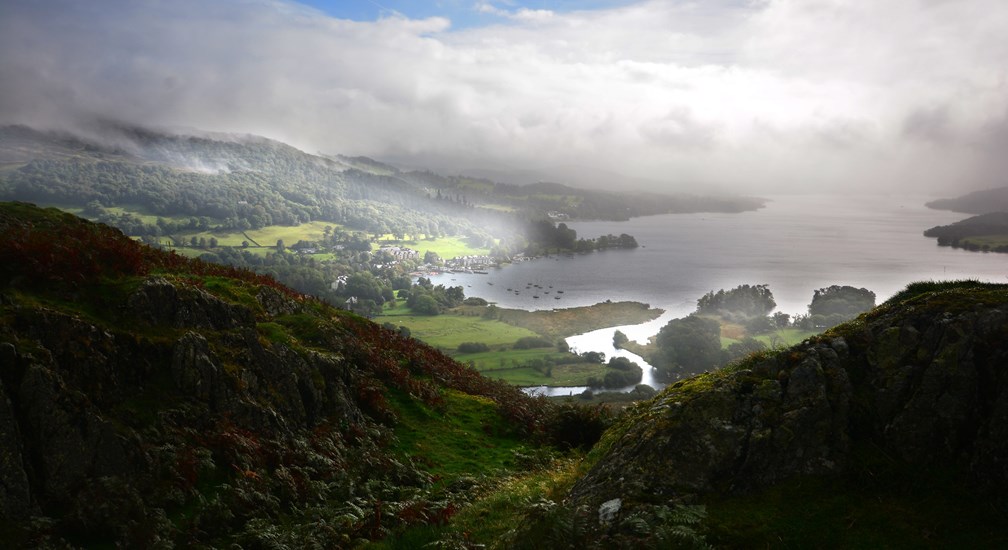 View from Loughrigg over a misty Windermere

Things to do around Windermere

Many lake district attractions are easy to reach from lake Windermere all making for a great way for visitors to explore the local area and scenery.

The most popular thing to do in the Lake District is to cruise the lake. Windermere Lake Cruises have a superb range of boat trips that provide an excellent service, and a range of flexible tickets.

Windermere Jetty, Museum of Boats, Steam and Stories, showcases a fascinating collection of historic steamboats and motorboats, including the oldest mechanically powered boat in the world.

Hire a range of boats and have your own lake  adventure. We also offer an extensive range of fun instructed sessions on the water, from Waterskiing and Wakeboarding, to Sailing, Canoeing, Paddleboarding and Flyboarding.

The Spa at Low Wood Bay

If that’s all a little too adventurous, why not try the ultimate in relaxation. The Spa at Low Wood Bay has a selection of Spa Days and Spa Treatments set in our luxurious indoor and outdoor thermal spaces.

Lakes Distillery is England’s largest whisky distillery. They use pure water from the Lake District National Park and use a slow fermentation process to deepen and broaden the taste. Take a tour to see exactly how this award-winning tipple is created.

Large fairy tale castle on the western shore of the lake. Without the usual period furniture or wall hangings, Wray Castle is a place to inspire imagination and allow children the freedom to dress up and be King or Queen for an hour.

Much-loved family home of William Wordsworth from 1813 until his death in 1850, Rydal Mount and gardens was where the Lake District’s famous bard was inspired to create much of his poetry and composition.

A small Lakeland house, that was home to one of the Lake District's largest personalities. Bought with the proceeds of her Tales of Peter Rabbit, Hill Top was Beatrix Potter’s home and where she continued writing her much-loved animal tales.

Blackwell, The Arts and Crafts House

A superb example of the Arts and Crafts movement. Blackwell represents an important era between Victorian and Modern architecture, and has beautiful oak panelling, stained glass, decorative plaster work and fabric designs of the period.

The Lake District National Park was formed in 1951. This important recognition sought to protect the environment from commercial or industrial exploitation, and to retain all that we have grown to love about the character and beauty of this landscape. In 2017 the National Park was designated a UNESCO World Heritage Site, further protecting the important legacy of nature, farming and local industry.

View from up Here

Many people are drawn to the impressive Lake District mountains, either to gaze upward towards the summits, or indeed to don their boots and scale the peaks. The rewards for the latter are some magnificent views from the top. There are over 150 Lake District mountains - four over 3000 feet, including England’s highest mountain, Scafell Pike at 3,206 feet.

English Lakes hotels in the nearby area: