Sonia and Sam Tie the Knot at Lancaster House


Congratulations to Sonia and Sam who celebrated their recent wedding at Lancaster House. They tell us how they met and how their plans for a small wedding grew when, on a whim, Sonia decided to have a show around Lancaster House. 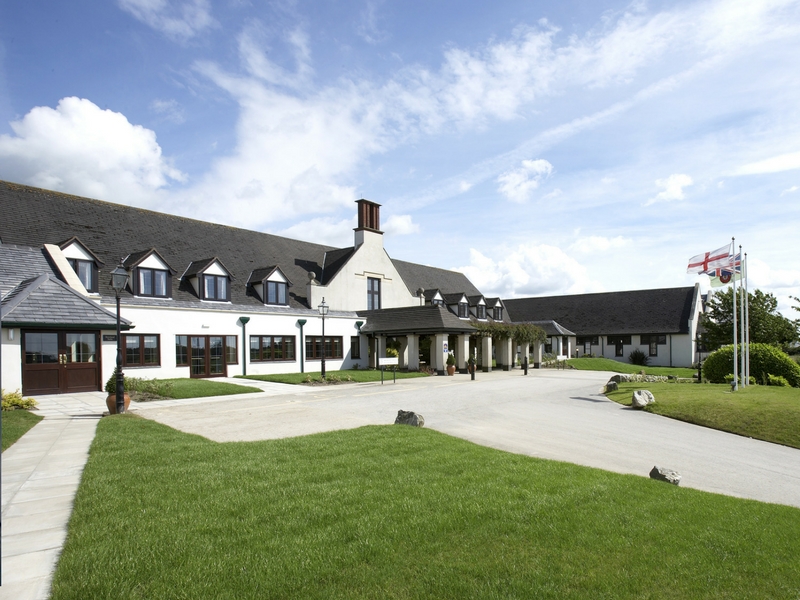 Sam and I met in Lancaster and it was just one of those ‘by chance’ meeting. We just happened to be in the same pub in Lancaster at the right time. We got chatting and before we knew it we were on our first date.

Sam had been preparing a romantic proposal, and had even started looking for the ring. Then one evening at home when they were having dinner together, he just decided ‘now is the time’, and he popped the question there and then.   The one advantage of that was that Sonia got a say in the design of the ring! 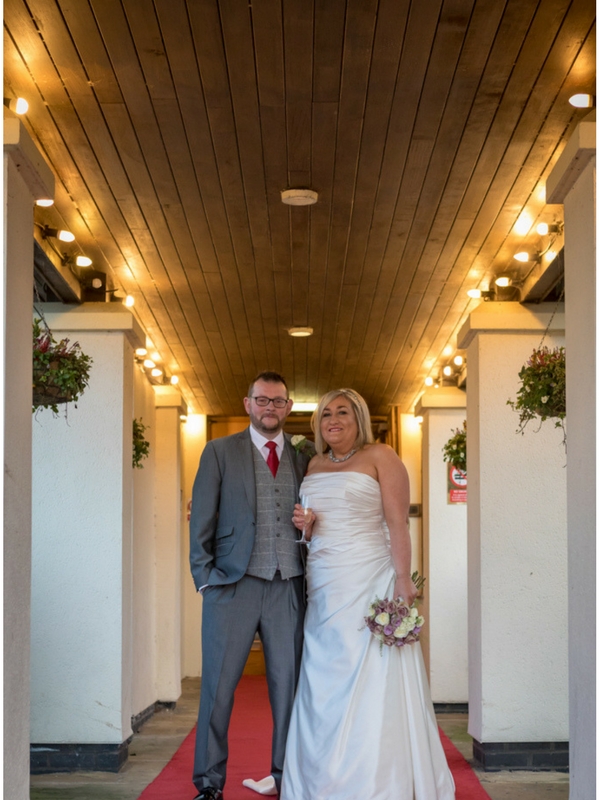 The Small Event that Grew

The plan was a small event with close family and friends, perhaps a band. Nothing big! Famous last words. Sonia being good mates with Emma, Operations Manager at Lancaster House, asked if she could have a look around. That was it. The perfect place for our big day. Lancaster House is a large hotel, but with a warm, intimate and ‘family’ feel. 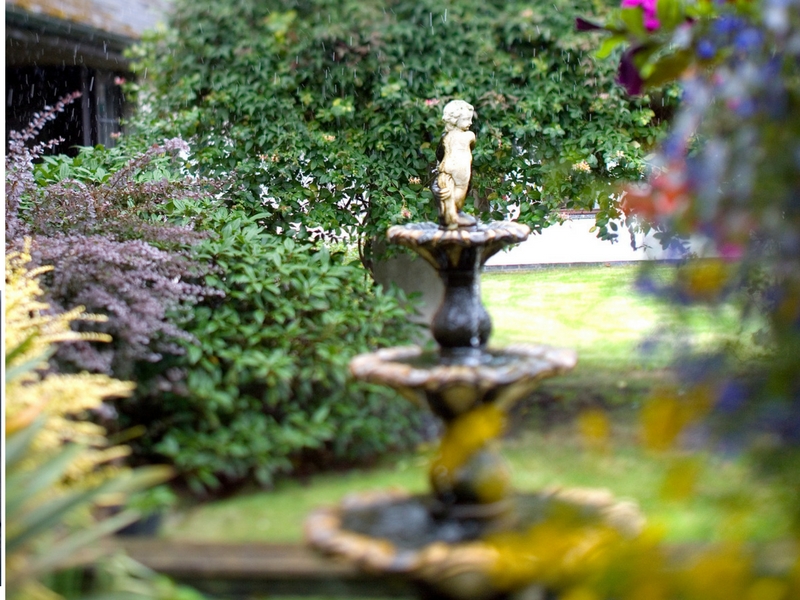 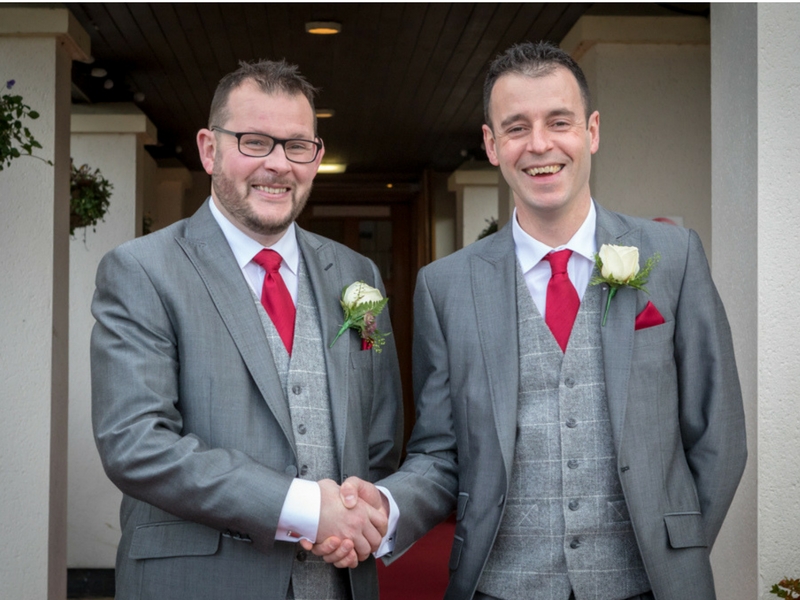 Sam chose the suits for the men from Deborah Jane in Morecambe. He had strict instructions that they were to match the colour of the bridesmaid dresses. 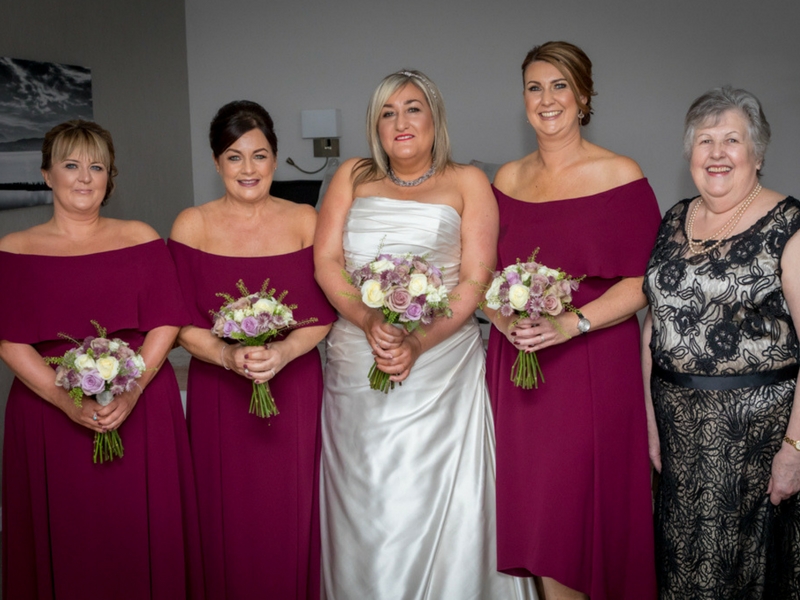 Keeping to the ‘everything local’ theme, Sonia’s dress was purchased from the Dressing Room, Garstang. 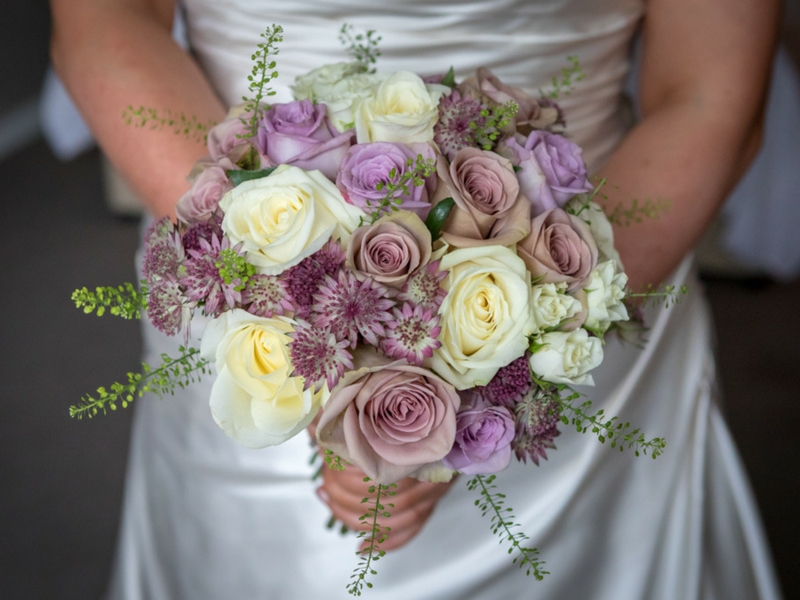 The choice of food was really important, especially since Sonia’s Dad is a very experienced Chef. He opened Forte Hotel in Lancaster and was Head Chef at The Imperial Hotel, Blackpool for many years. He has cooked for a whole host of people from entertainment and politics, including three Prime Ministers – Margaret Thatcher, John Major and Tony Blair. 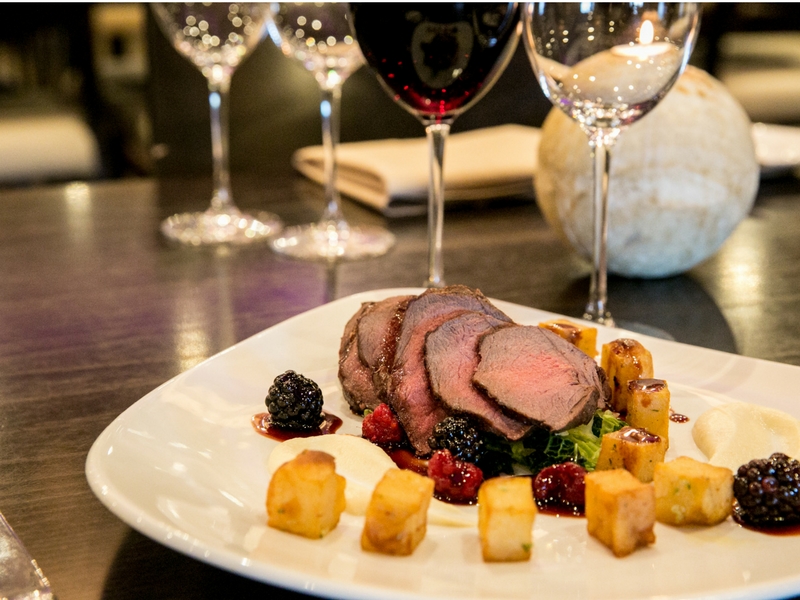 One of the many mouthwatering dishes served by Lancaster House

Sonia has worked in hotels and catering herself over a number of years and knew what she wanted. Damien, Head Chef of Lancaster House, was happy to give the couple as much choice as they needed. 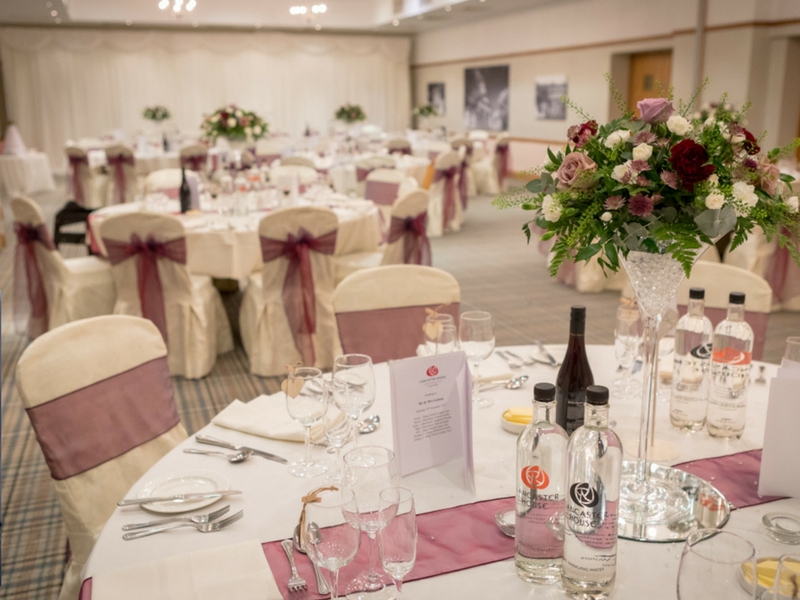 Sonia’s Mum chose the beautiful flowers by Lune Valley Florists. Simple and tasteful. The name hearts were written by Kerry, Lancaster House Head Housekeeper, who is also a friend of Sonia. 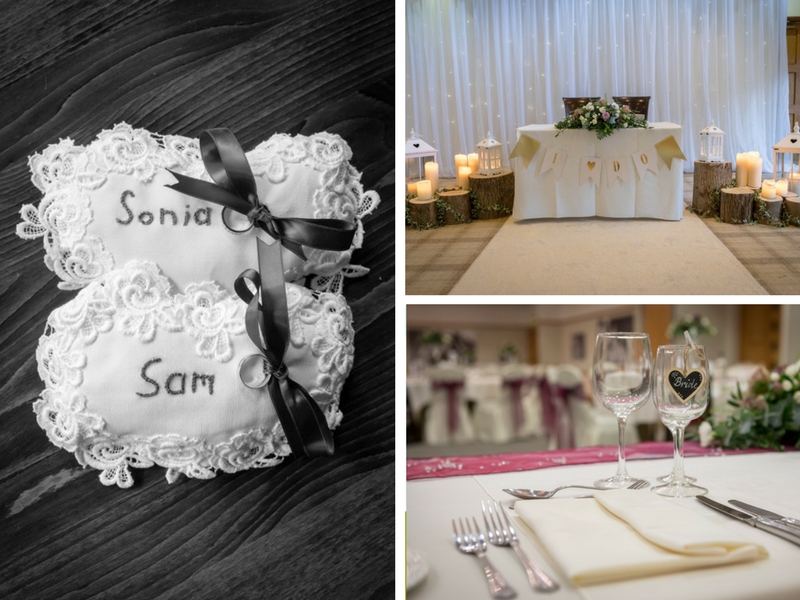 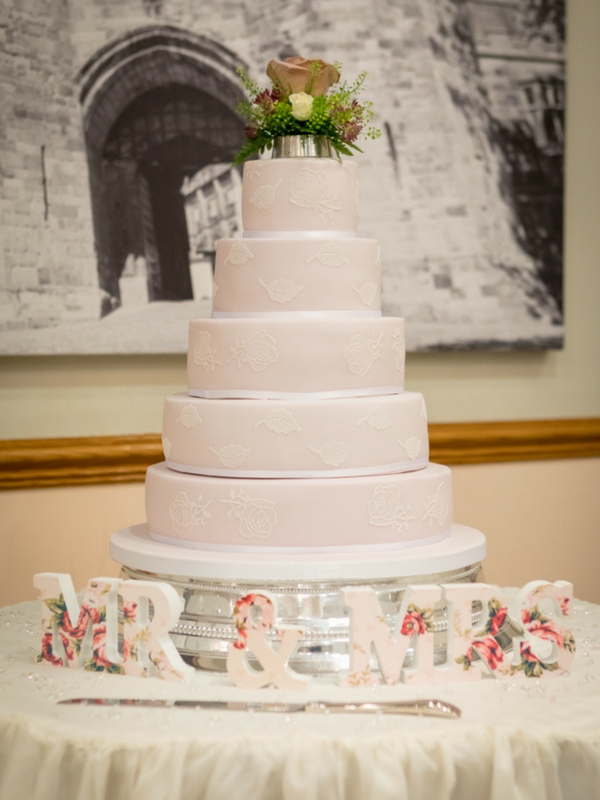 Sam’s Mum helped out here, choosing a simple, but beautiful cake from M & S, where she works. 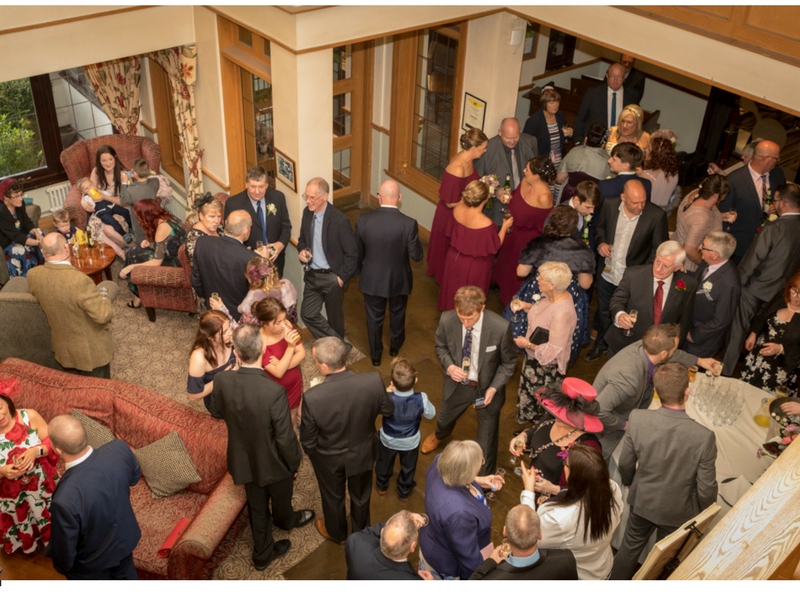 Most special for us was that we had lots of family travel from Wales and further afield. They chose to stay at Lancaster House the night before and we had a lovely dinner together in The Foodworks on the Friday evening. On the morning after the wedding we had a group breakfast. It just felt like a whole wedding weekend with our closest friends and family. 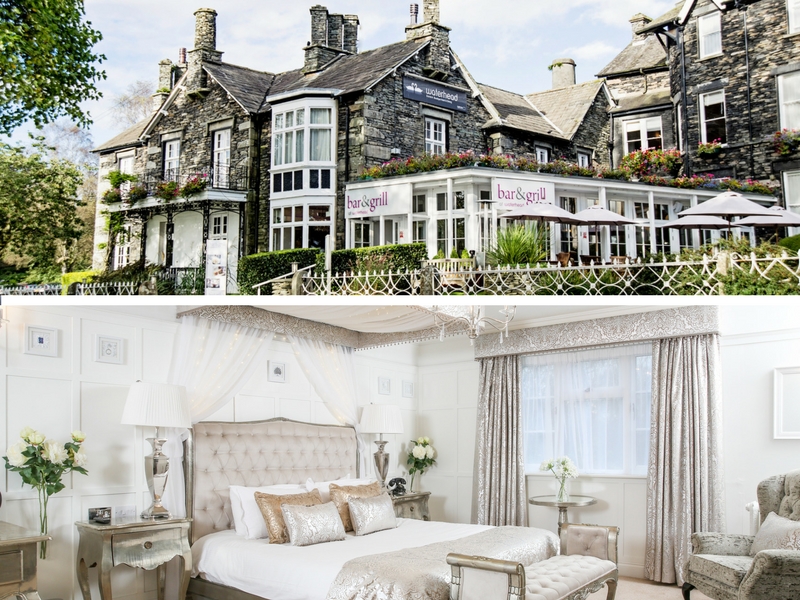 We started with a Lake District Mini-moon spending one night at The Wild Boar and two nights at Waterhead. A little bit of Lake District luxury.

We wish Sonia and Sam every happiness in married life together. 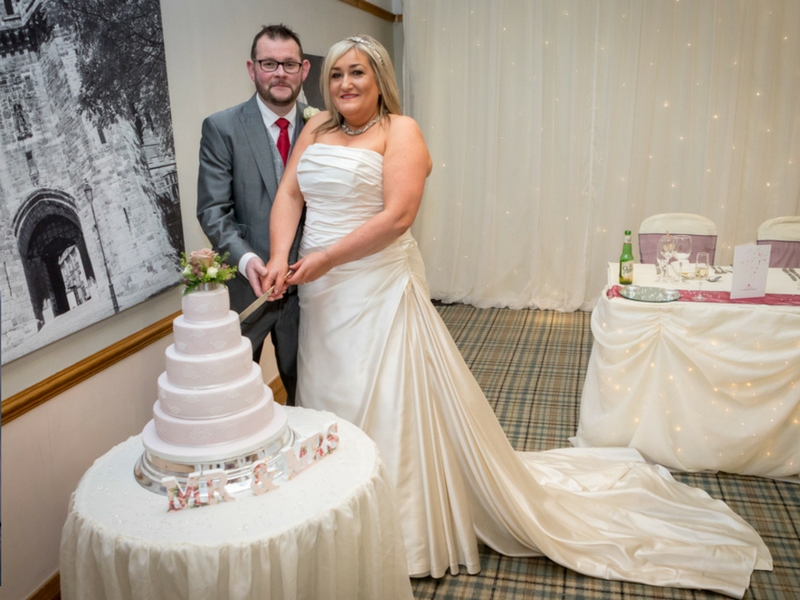 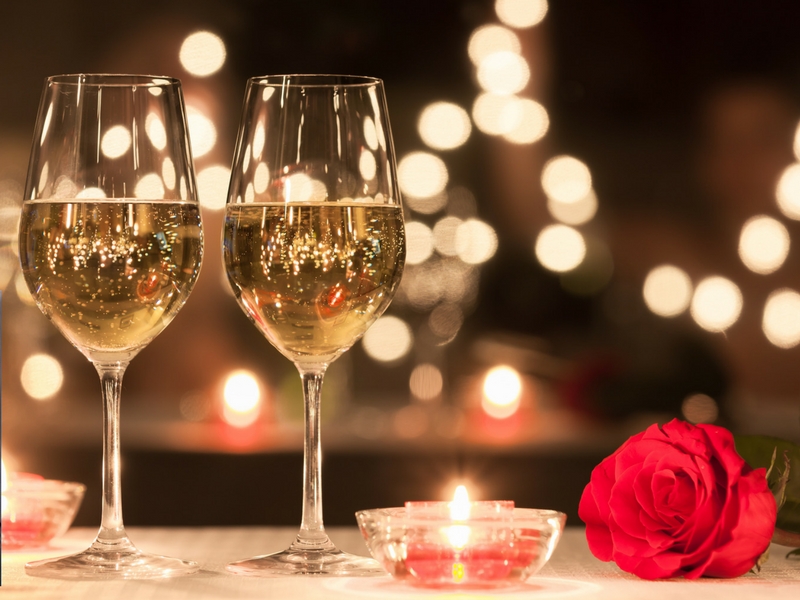 Visit Lancaster House for a no-obligation Show Round to see how we measure up for your Big Day. For further details please contact our wedding team on 01524 585175.