When I heard that Luis Marcoleta of Rioja Vega was visiting Lancaster House with Tony Jackson and Sandy Potts of Lakeland Vintners, the diary was cleared for the afternoon so that I could join the celebration of wines from this delightful part of the world. 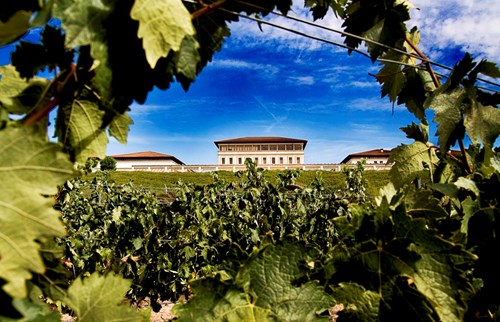 Ancient Craft and Pilgrims on the Way

Wines from the Spain’s Rioja region are well regarded around the world and there’s evidence that wine wasproduced in this part of Spain from Roman times with Spanish monks played an important role in promoting the region. Rioja is on the Camino de Santiago pilgrimage route and travellers from afar were offered wine as they stayed in the monasteries located along the Way.

Learning from the Maestros

Today there are over 600 wine producers in the region. Rioja Vega dates all the way back to 1882.   French wine maestros, devastated by the agricultural chaos caused to their vineyards by the phylloxera pest, arrived in Spain looking for suitable grape growing soil. Felipe Ugalde, who later joined forces with the Muerza family, learned from the French pioneers and that knowledge and future expertise has been passed down the generations for more than 125 years. Add to that knowledge the latest technology in wine production and you have the fine collection of wines, some of which Luis had brought to Lancaster House for us to enjoy. 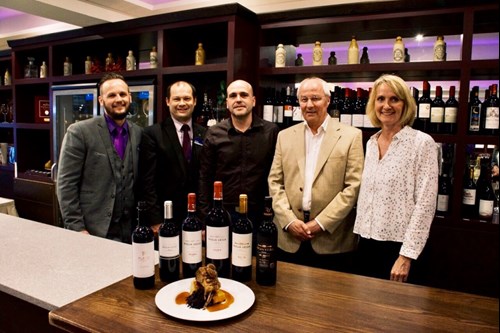 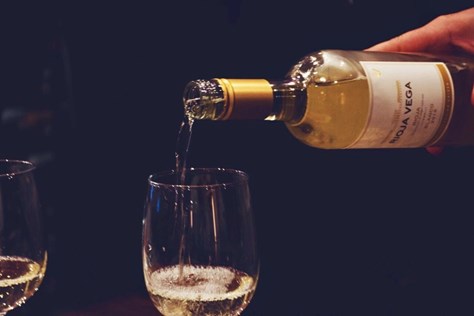 Tasting Notes:The nose has aromas of conference pear, white flowers and some limey notes. Fresh, clean and crisp in the mouth with good length and balance. A simple, easy drinking wine.

Food Matches: Pair with fresh clams, mussels, and a white wine sauce. Or, try with chicken and turkey dishes. 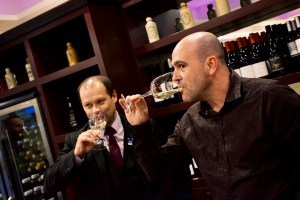 We’ve paired it with … 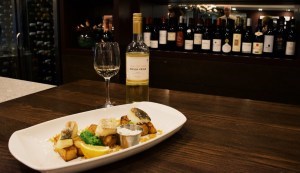 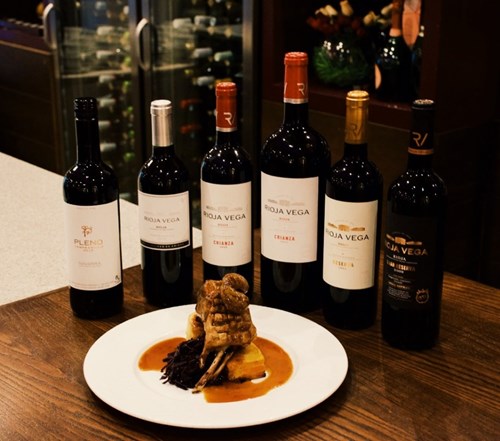 Tasting Notes: Medium deep ruby red wine with hints of ripe fruit perfectly assembled toasted notes from the ageing in oak. Soft, light and easy to drink. Once you taste it, it becomes a favourite.

Food Matches: Perfect with beef, pasta, barbecues – every day with family and friends but great for special occasions as well.

Tasting Notes: Symbolic of the Rioja Vega estate, this Reserva has modern appeal.  With an attractive toffee flavour, this wine is round, full-bodied and balanced.

Food Matches: A wine for those special occasions and celebrations and pairs perfectly with steak, pork and game.

Tasting Notes: Made from a selection of the best Tempranillo, Mazuelo and Graciano grapes. Bright ruby-red colour. Ample and intense bouquet of liqueur cherry with hints of toast from its 24 months oak ageing. Silky smooth mouthfeel on the palate.

We paired it with … 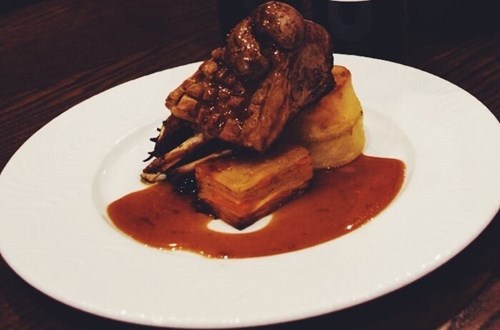 The full range of Rioja Vega wines, and many others, can be enjoyed with a stunning range of dishes from Lancaster House  Foodworks Restaurant. Call 01524 844822 to make a reservation.