The Lake District is known for its outstanding natural beauty and welcoming community. The national park has inspired artists and writers, developed a unique identity and become a protected area for conservation. In 2017, the English Lake District was acknowledged for its true wonders and became a 'World Heritage Site', but what makes it so special?

To become a UNESCO World Heritage Site you have to meet one of ten criteria and be of outstanding universal value. The Lake District meets three; Inspiration, Conservation and Identity. 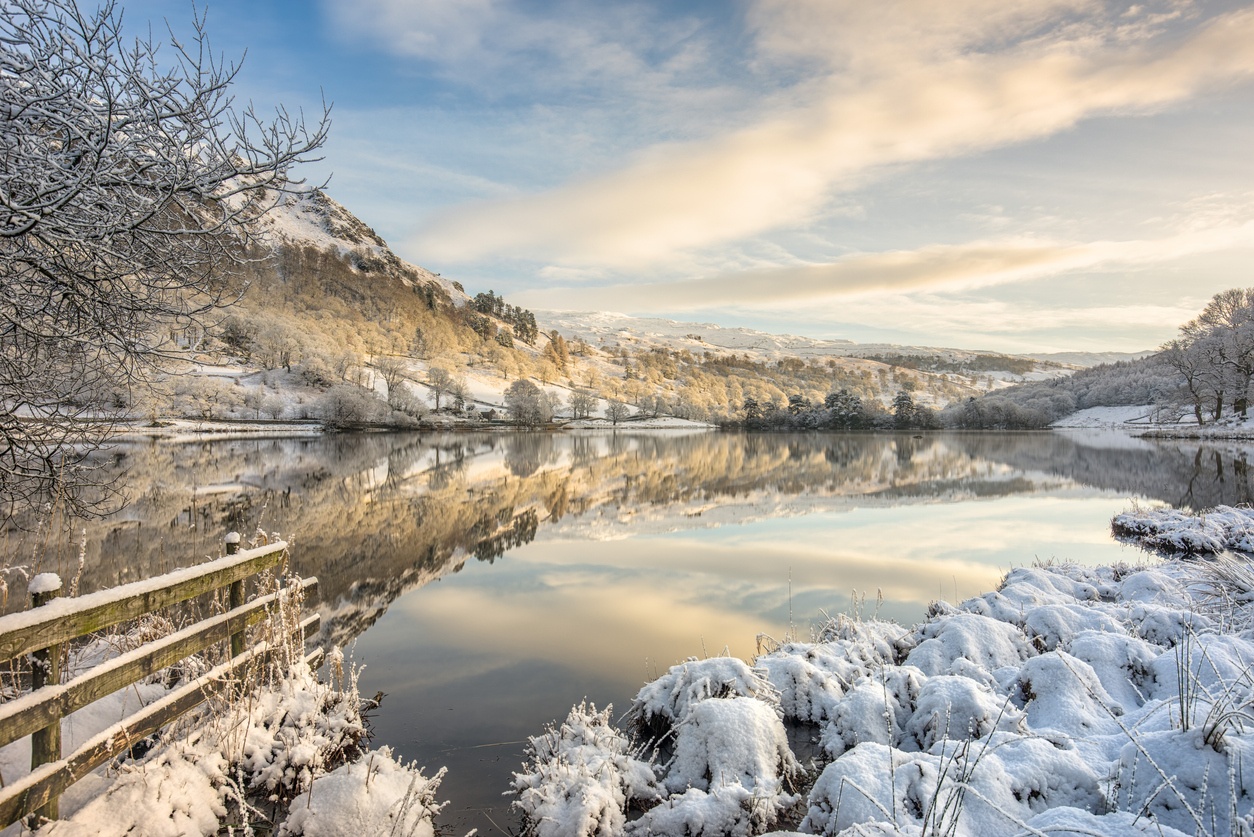 Many famous poets, authors and artists have been inspired by the serene beauty of the Lake District over hundreds of years, these writers continue to motivate others to visit this special part of the world today. Writers of the eighteenth and nineteenth century include William Wordsworth who made Grasmere and Rydal his home for 51 years and was instrumental in developing tourism in the area after his release of a ‘Guide through the District of the Lakes’ in 1820. Lancashire born Alfred Wainwright who devoted his life to mapping the national park after he moved to Kendal in 1941. Originally inspired by his first visit to Windermere at the age of 23, Alfred went on to write seven guidebooks which include 214 ‘Wainwrights’ which many walkers try to ‘tick off’. A ‘Wainwright’ is the summit of what Alfred thought were true fell tops. However, probably the most well-known, and internationally recognised, writer was Beatrix Potter who wrote the ‘Peter Rabbit’ children’s books, which can be found translated in countries around the world. Her legacy is also her devotion to farming, conservation and preservation, she left most of her property and land to the Lake District National Trust. 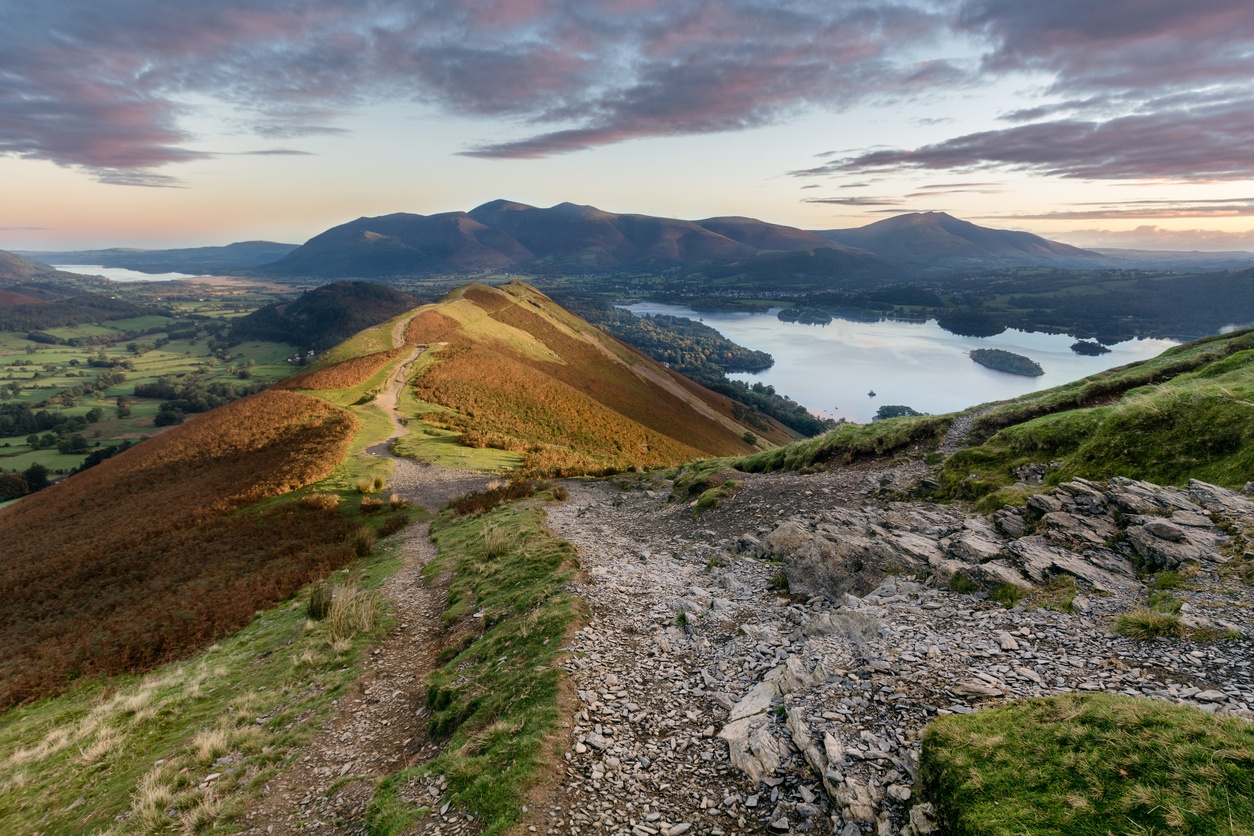 The Lake District National Trust and partners continuously work to protect and conserve the beautiful and inspirational landscape which has seen it gain World Heritage Status. Incentives include protected conservation areas within towns and villages to ensure the character and quality of buildings are maintained for all to enjoy and restrictions on development of areas within the national park. Farming in the Lakes plays a large part of the economy and the methods adopted are integral to the conservation of the fells and soil health which feeds local produce. The distinguishing communal farming system, which has evolved over a thousand years, has formed the landscape from the valley floor to the fell-tops and continues to evolve through the farming generations. The challenge in conserving the landscape comes from finding a balance between supporting the farming community whilst ensuring their future activities won’t drastically change the appearance of the national park, to keep this timeless landscape a national treasure for many more generations to enjoy. 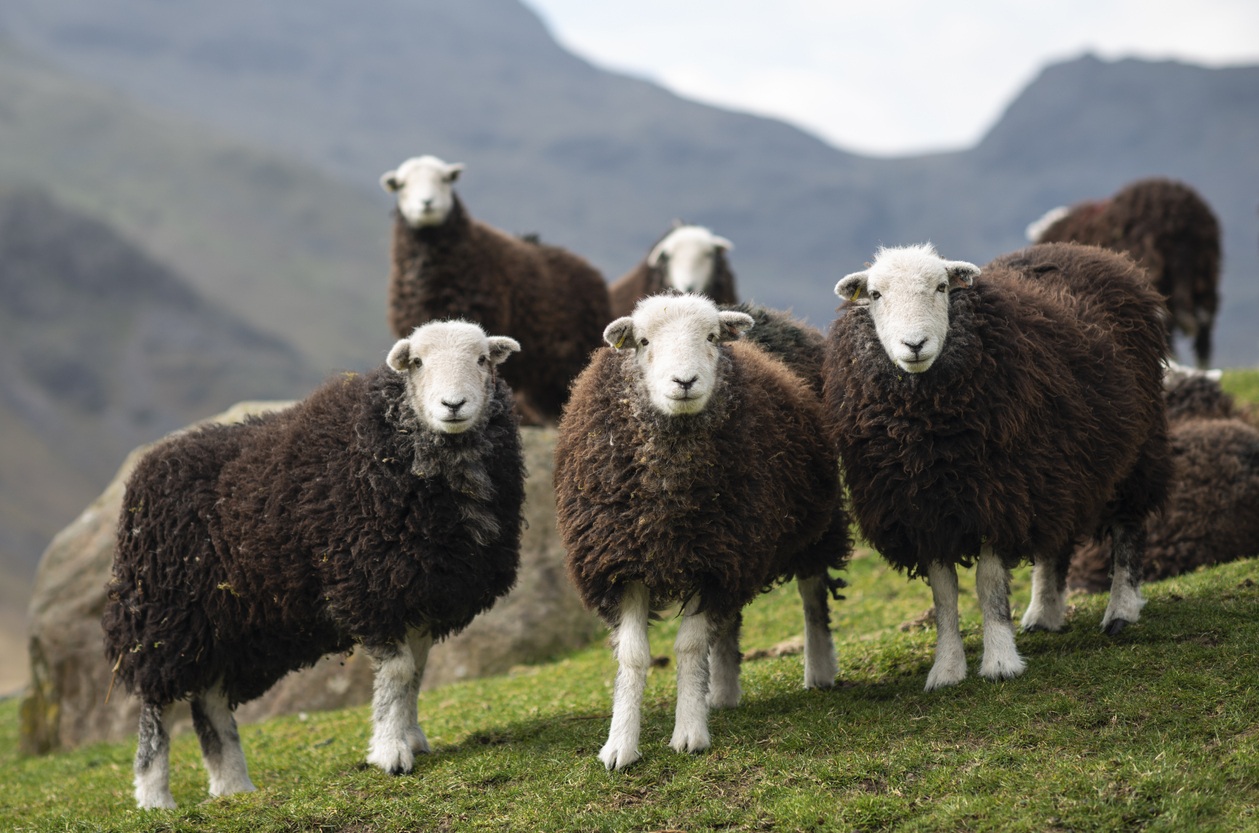 An identity has been created through over 1000 years of farming traditions and local industry, these industries have left special characteristics on the Lake District landscape. The farming sector has scattered the fells with dry-stone walls and beautiful farm buildings. The Lake District is also well-known for its native Herdwick Sheep which has inspired books and international visits to the area. Ancient settlers initially left their mark on landscape following traditions, the Castlerigg ‘stone circle’ is believed to be constructed as part of a ritual which existed between 3,300 and 900 BC; other artefacts which now shape the landscape include a 400 year-old copper mine augmented by Queen Elizabeth I, a launder tower in the Red Dell valley which was constructed to improve water moving operations and a slate mine on Coniston Old Man.

How the English Lakes Group promote conservation, identity and inspiration whilst operating within the World Heritage Site: 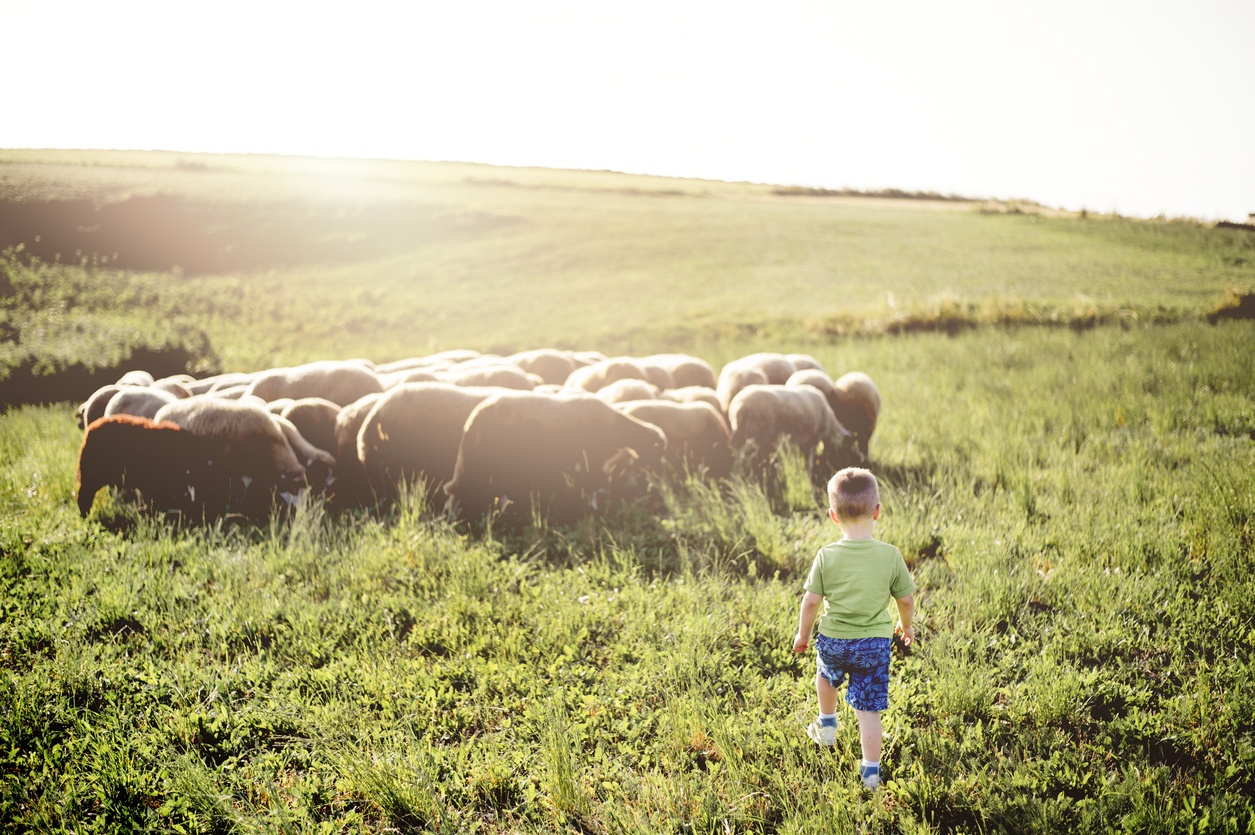 English Lakes Hotels Resorts & Venues have a dedicated children’s club, Sam’s Club, which encourages children to complete a variety of creative activities and incentivises them to explore the local surrounds. We inspire guests to visit the homes of William Wordsworth, Dove Cottage and Rydal Mount, as well as Beatrix Potter’s home at Hilltop Farm and The World of Beatrix Potter Attraction in Bowness. For guests more interested in the great outdoors and the stunning scenery, we recommend Wainwrights fells, where suitable, to motivate them to learn more about Wainwrights adventures, writings and sketches. A love for the landscape and an understanding of why the World Heritage Lake District is such a rarity, and therefore an incredibly special destination, will help inspire further generations to continue to preserve its beauty, hopefully, well into the future. 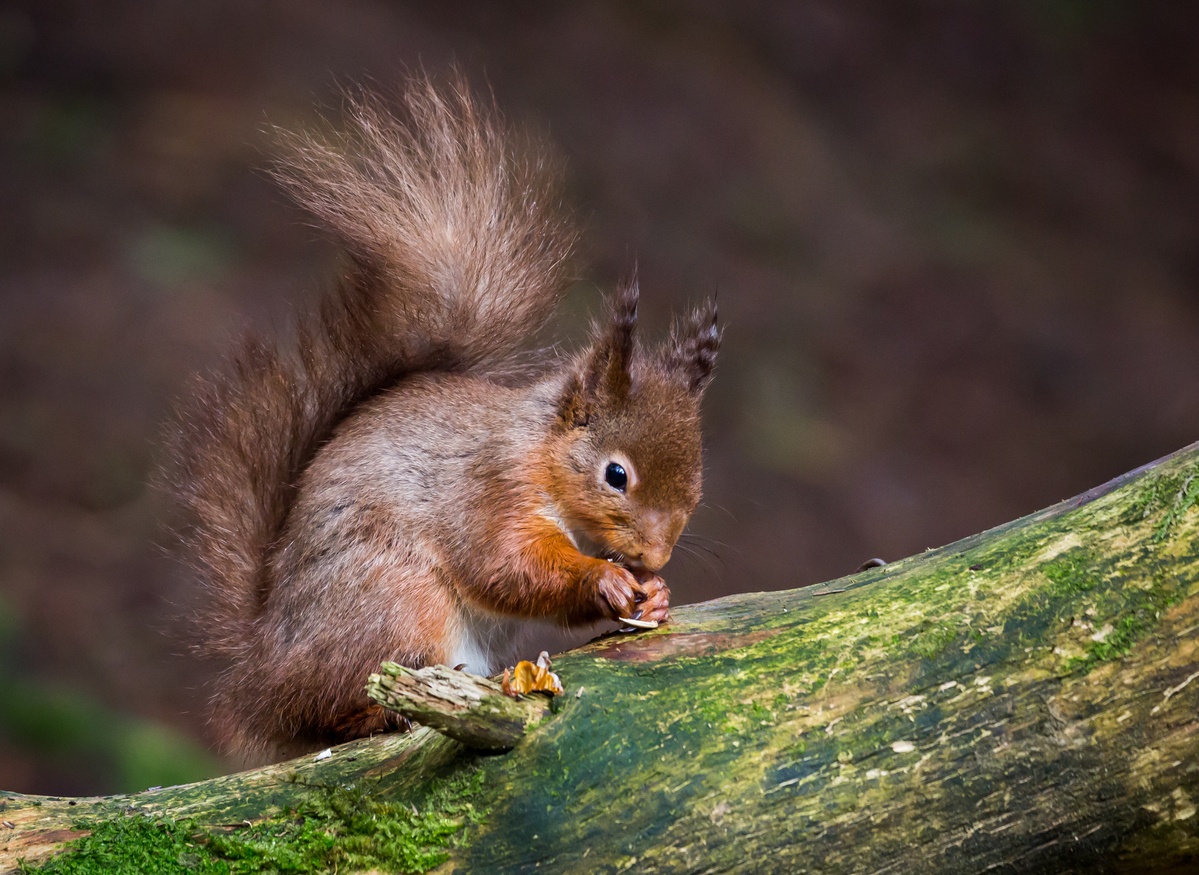 English Lakes runs a ‘visitor giving scheme’, where guests are asked to donate £1 from their stay to local charitable causes. The scheme has seen the group raise £200,000 for projects ran by Nurture Lakeland; their developments included footpath and wall restoration, foliage planting to support eco-systems and incentives to get younger generations involved in conserving wild spaces. English Lakes has begun supporting Cumbria Community Foundation, who aim to address issues surrounding disadvantages by making large grants which support around 500 community projects per year. Projects include making popular areas of the National Park more accessible. Furthermore, within operations, green initiatives have been adopted to reduce plastic use, recycle materials, save energy and lessen food waste or turn it into compost, where possible, for local farms. 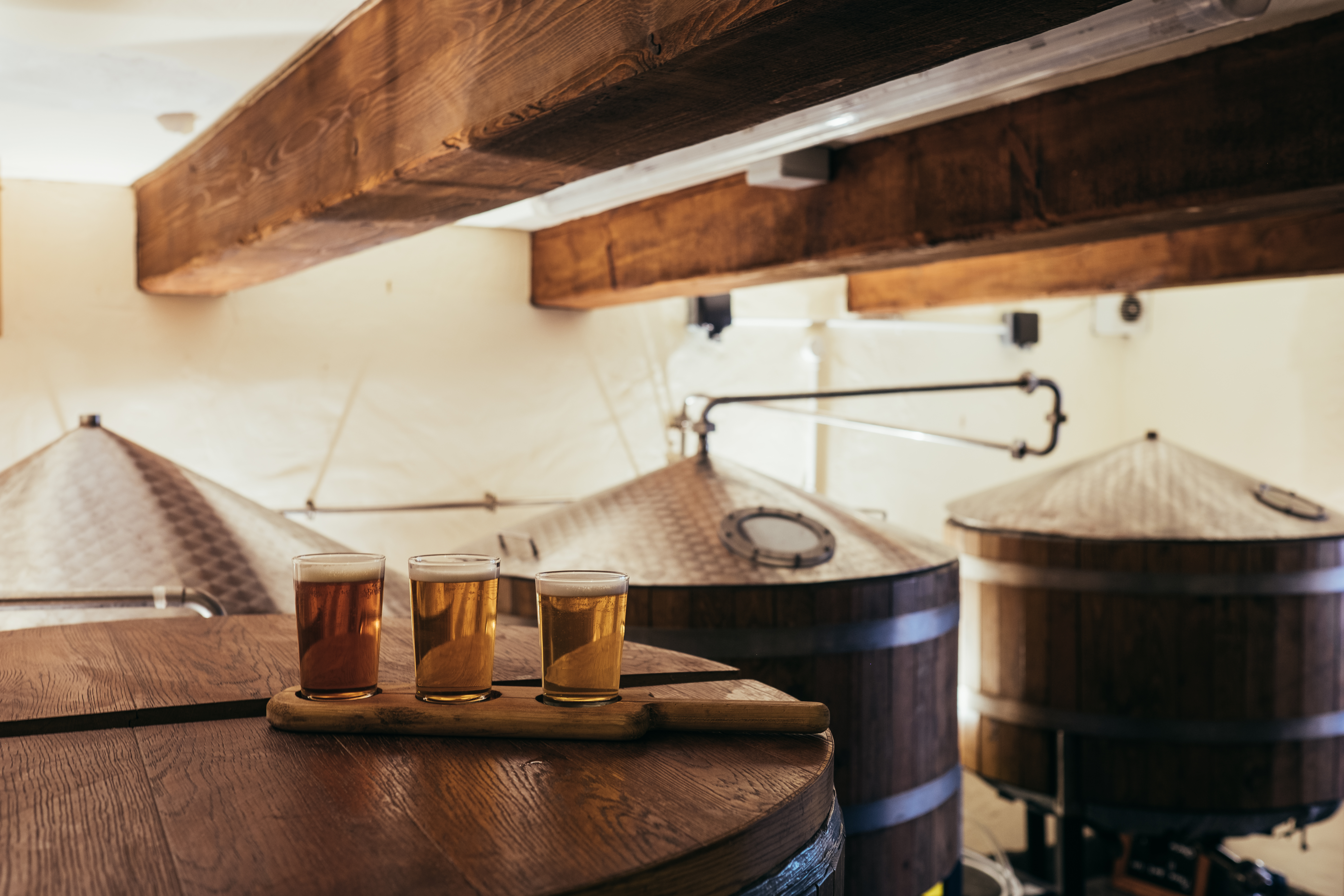 We use locally sourced products wherever possible and only use British meats, we support local farming and write blogs to inform our guests and visitors on the importance of sustainable sourcing. The Wild Boar Inn Grill & Smokehouse has its own microbrewery where real ales are brewed and sold on-site as well as across the English Lakes Hotels Resorts & Venues. We encourage guests to learn about the culture of the area by introducing them to local produce which supports the livelihoods of those living and working within the National Park. We recommend guests visit cultural attractions, such as the slate mines and iconic writers’ homes, as well as explore the wider area of the World Heritage site to, hopefully, encourage guests to adopt an appreciation for the legacy of the area.

Stay in the World Heritage Site

Things to do in the World Hertiage Site